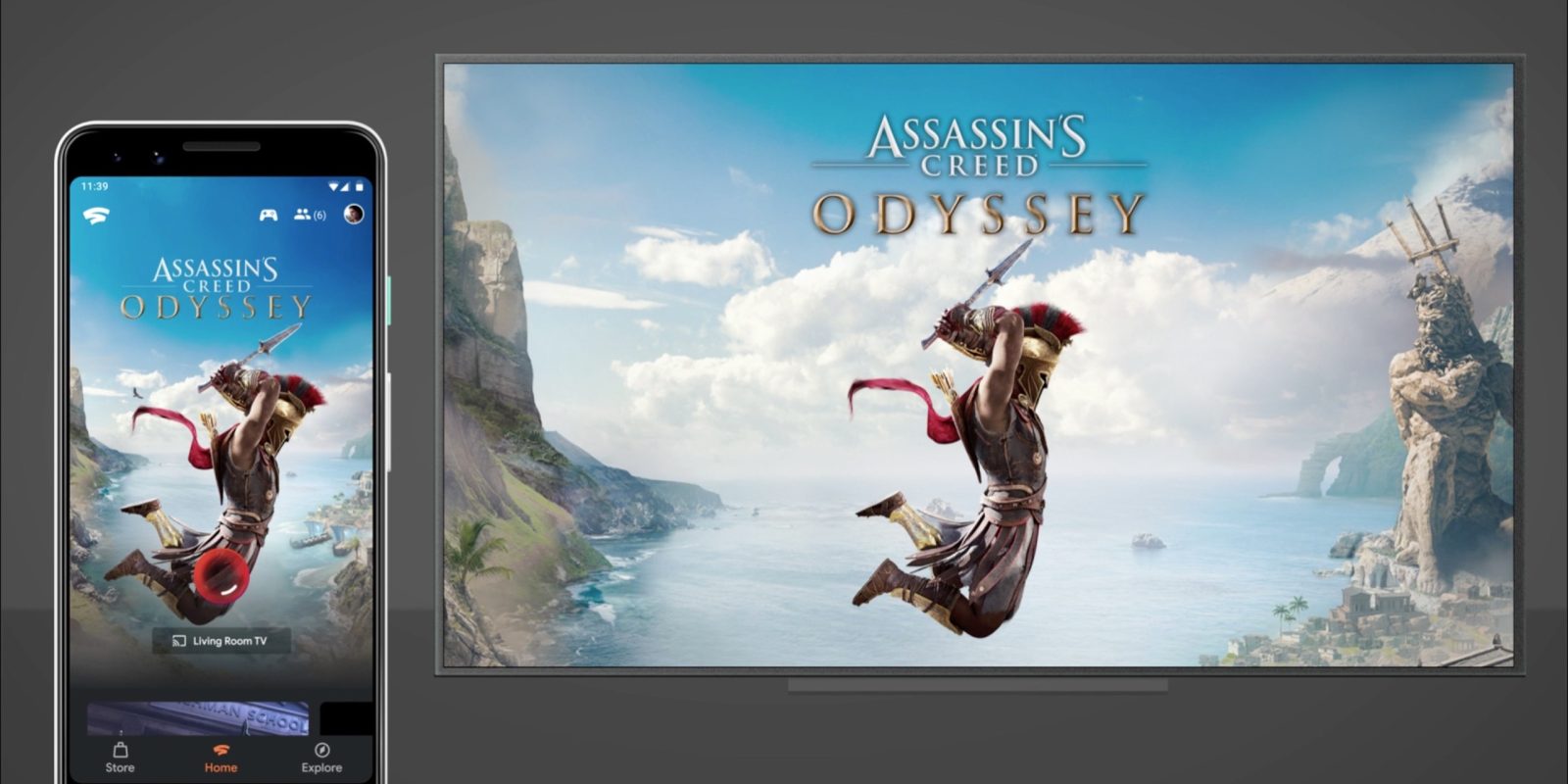 As the Stadia AMA continues this morning, Google showed off the workflow for casting a Stadia game from Android to a television. Demoed publicly for the first time, the Stadia game cast experience is not too different from sending music or other videos.

It starts on the Stadia for Android (or iOS) app with a game prominently being featured with large cover art in the Home tab. If you’re not playing on your phone, there’s a dropdown that slides up a “Choose where to play” panel. There’s a reminder that you can play on stadia.com in the web, with “Supported Chromecast” and “Supported phone” listed underneath in this example.

A Stadia loading indicator will then appear on your TV followed by cover art that features a zoom-in effect and splash screen. On first launch, you’ll be prompted to “Connect a controller to play.” Publishing experience head Beri Lee, notes how “You will not need your phone every time you use Stadia.”

The phone is needed for initial setup and buying games. Once you’ve connected, to play games, you can just grab your controller and hit the Stadia button.

There is a “Controller Pairing Code” sequence that makes use of four actions. Afterward, you can hit “X” and start the game.

Connect a Stadia controller to begin playing. If no controller is connected your Stadia session will shutdown in 15 minutes.

Meanwhile, Google confirmed that other users will be able to cast other media and take over the screen while you’re playing Stadia. However,  the “game will keep running on our server for the next 10 minutes.” This gives you a chance to reclaim or switch gameplay to another device.