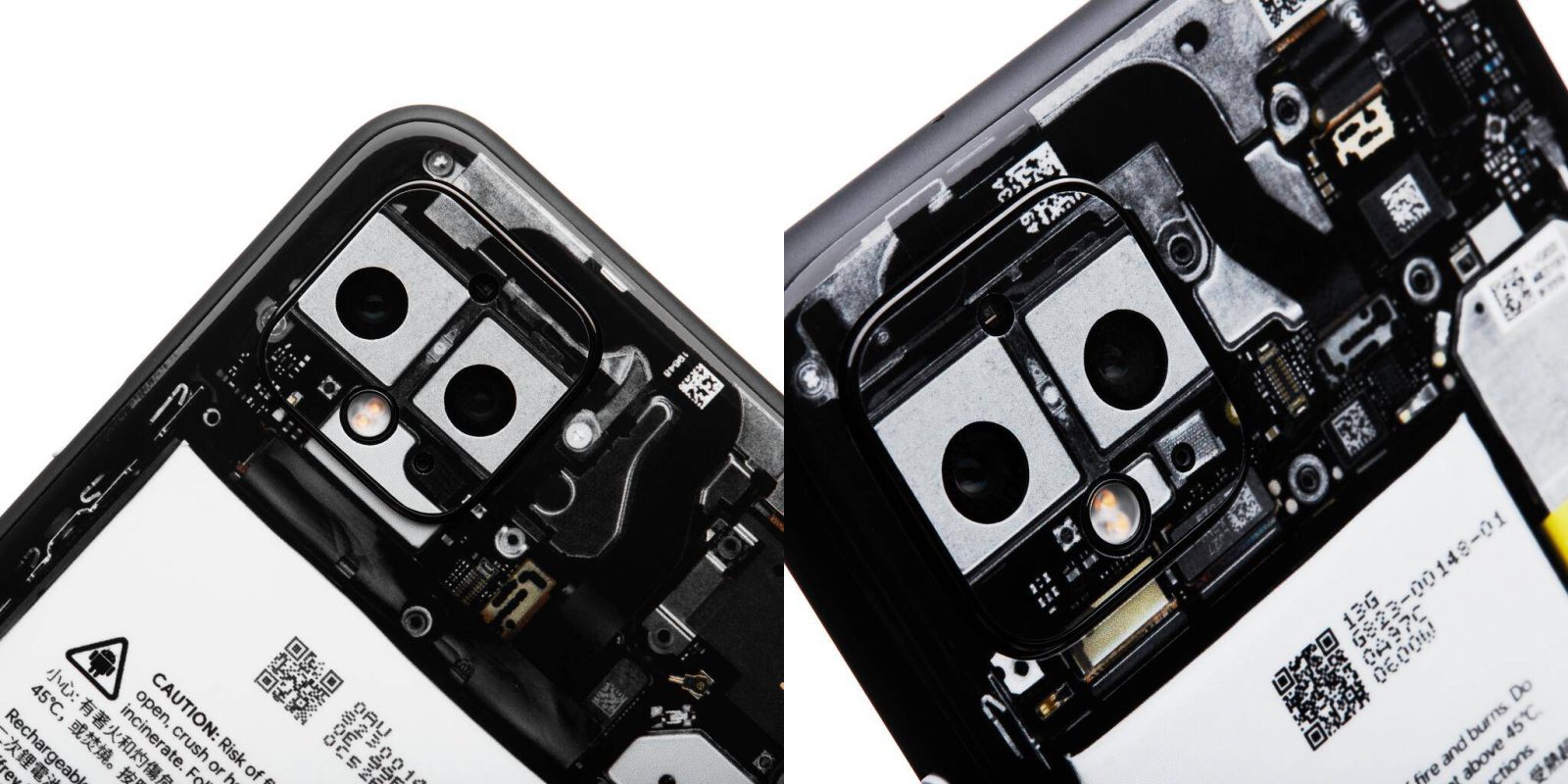 Ever wanted to see inside of your phone? Teardown videos and wallpapers are one way to do that, but now dbrand has another idea. With a new set of skins for select devices including Pixel 4, dbrand’s “Teardown” series offers a look inside of your device for a limited time only.

Available as part of a limited-time drop, dbrand is offering this new “Teardown” series in collaboration with YouTuber JerryRigEverything. These skins don’t use the typical patterns found on the company’s other skins, instead using a special print that lines up an actual picture of the inside of your device.

This gives the look that the back panel of your device is completely transparent, showing off everything from the battery to the chips to the camera sensors. dbrand says that the images are “guaranteed to be a 99% accurate representation” of the internals of your smartphone.

With the Teardown series of skins, dbrand is offering compatible skins for Samsung Galaxy Note 10+, Note 9, Galaxy S10, S10+, S9, and S9+. It’s also available for Google’s Pixel 4, Pixel 4 XL, 3, and 3 XL. The Nintendo Switch and its Joy-Cons, OnePlus 7 Pro, 7T, 6T, and 6, as well as every iPhone since the iPhone X are all supported as well. For smartphones, the skins available both for the device and the dbrand Grip case.

Teardown is the new limited edition drop from dbrand and JerryRigEverything. It’s kind of like having a transparent back for your phone, but you get to keep your warranty. Teardown is available for just one week, starting on December 2.

Picture the most advanced scanner in the world. We used that one. It ended up producing internal scans that were literally too detailed for general use — which is exactly how we wanted them. The result? Every single Teardown skin is guaranteed to be a 99% accurate representation of your device’s internals. As for that other 1%… how good are you at Where’s Waldo?