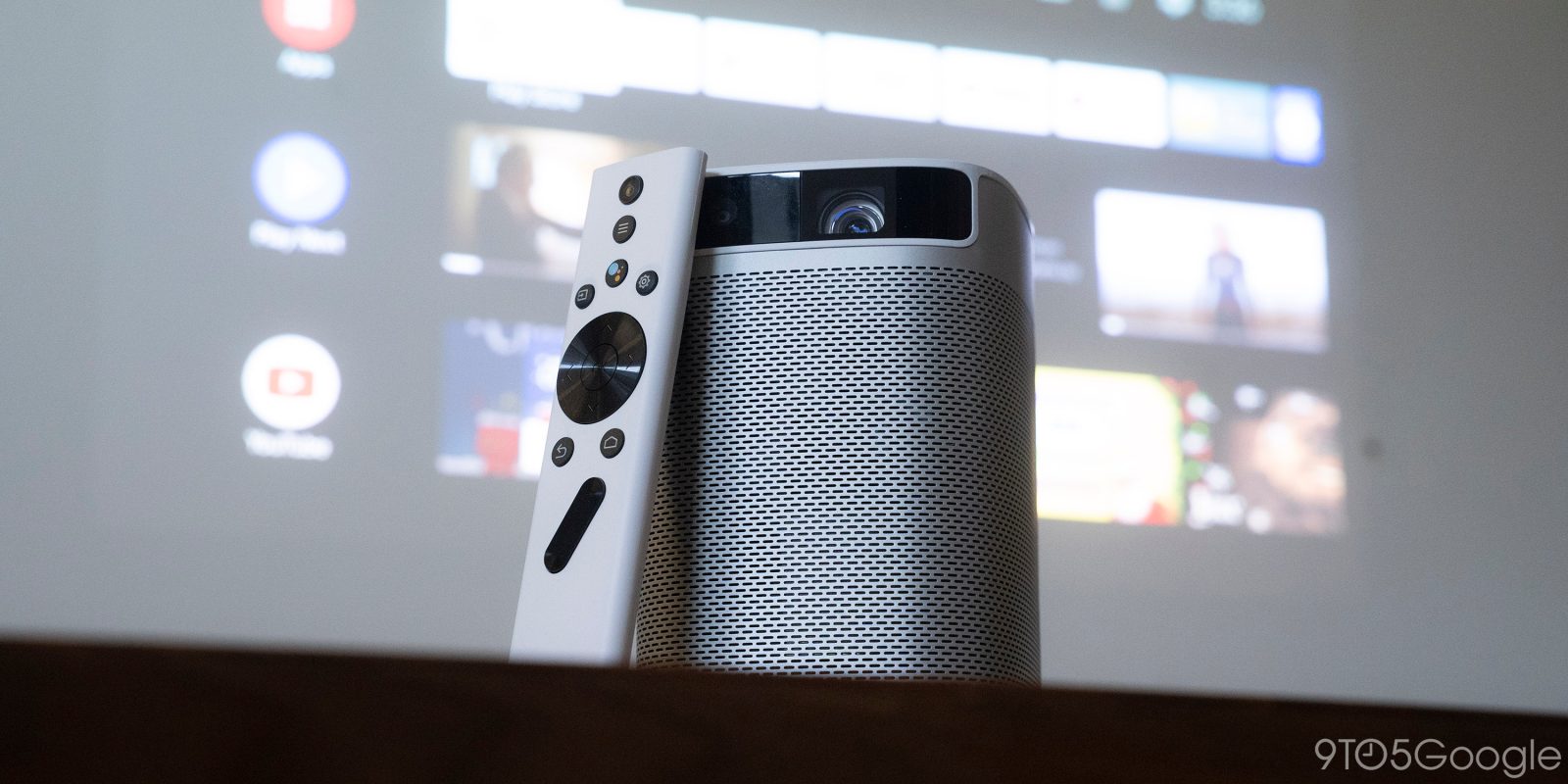 For the past few months, I’ve been able to use a product I’ve always wanted, a portable home projector. The XGIMI MoGo and MoGo Pro use Google’s Android TV and offer an excellent media consumption experience, but unfortunately, they lack some very important pieces of content.

The most important part of any projector is going to be the projection itself, the image it throws onto your wall.

In the case of the XGIMI MoGo Pro, that picture is a sharp 1080p projection that looks great even when used at a large size. As for the lesser MoGo, you’re looking at 540p. That’s not nearly as impressive, but as long as you’re a good distance away, it looks perfectly fine in my opinion. Colors on both are solid and even the 210 lumens on the lesser unit and 300 on the Pro is more than enough for indoor viewing as long as you’re not in a bright room. In either case, that’s brighter than comparable options like the Anker Nebula Capsule II. 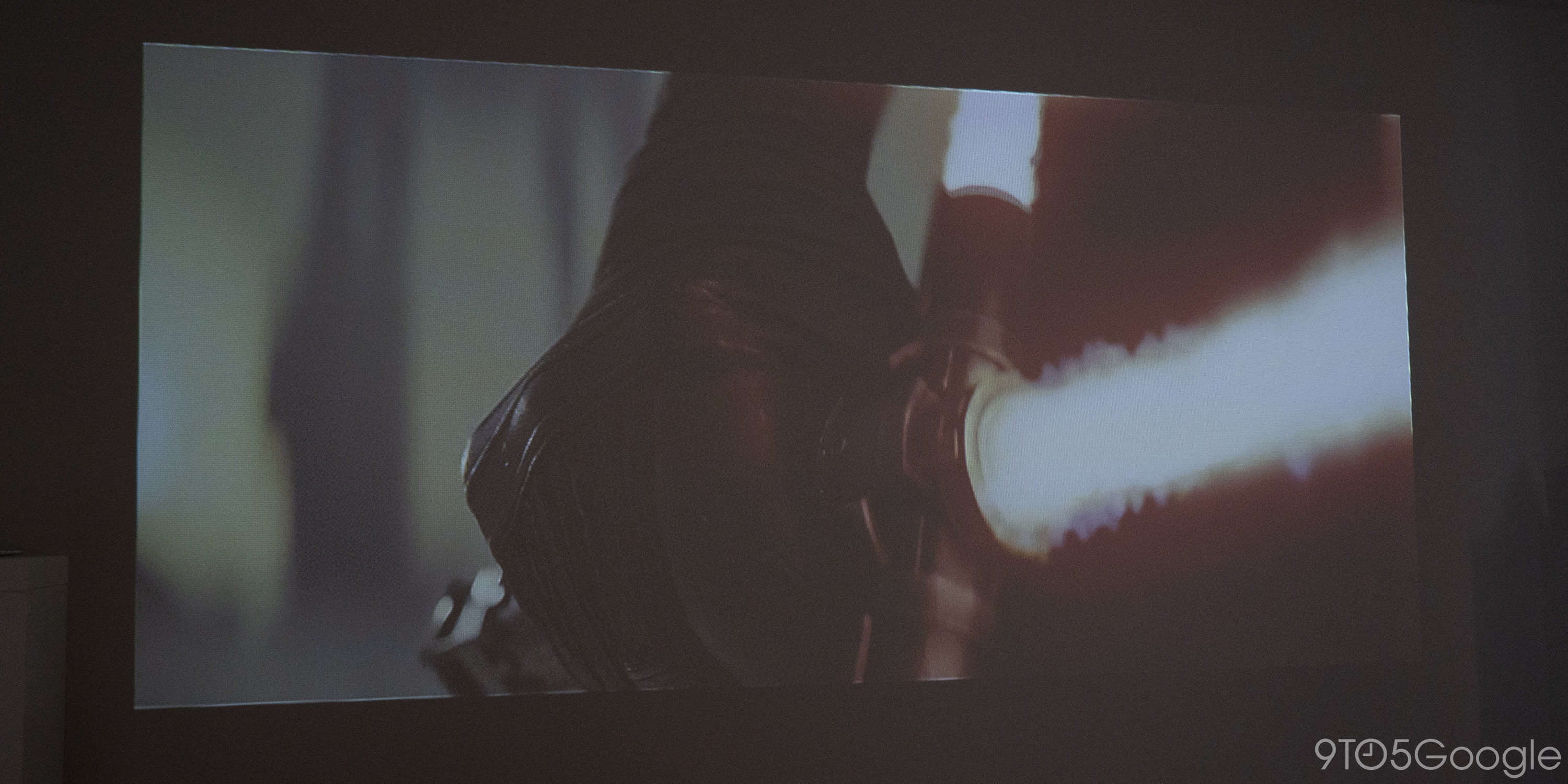 Of course, you’d expect decent quality out of a projector like this nowadays. What I found impressive was actually the software XGIMI added on top of Google’s Android TV. On the bottom of the remote, there’s a switch that lets you trigger autofocus which works very well. Alternatively, you can then manually focus by leaving the switch there and pressing up or down on the volume buttons. 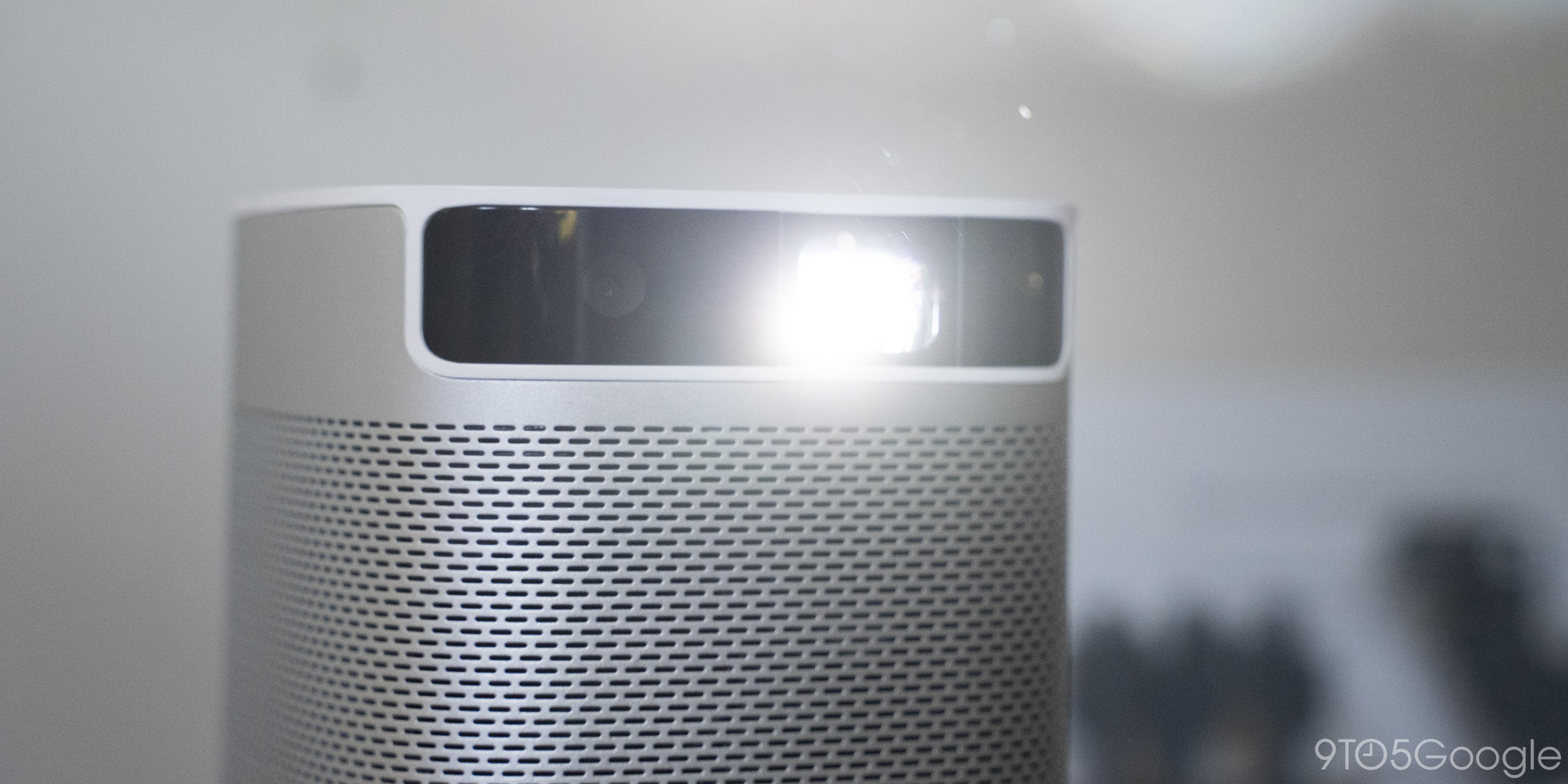 Beyond that, there are options in the software to help correct for uneven surfaces or even using the project from a sharp angle up to 40-degrees. It’s a very handy option to help the device be used in more scenarios.

Looking at the hardware itself, the XGIMI MoGo and MoGo Pro are well-equipped across the board. Both devices include a wireless remote which controls power, navigation, and has a button for using Google Assistant too. The remote is very responsive and feels pretty nice as well. Along the back of both machines, you’ll also find a 3.5mm audio port, HDMI-in, USB, and also a port for power. I wish that power cable was USB-C, but it’s something I can overlook. 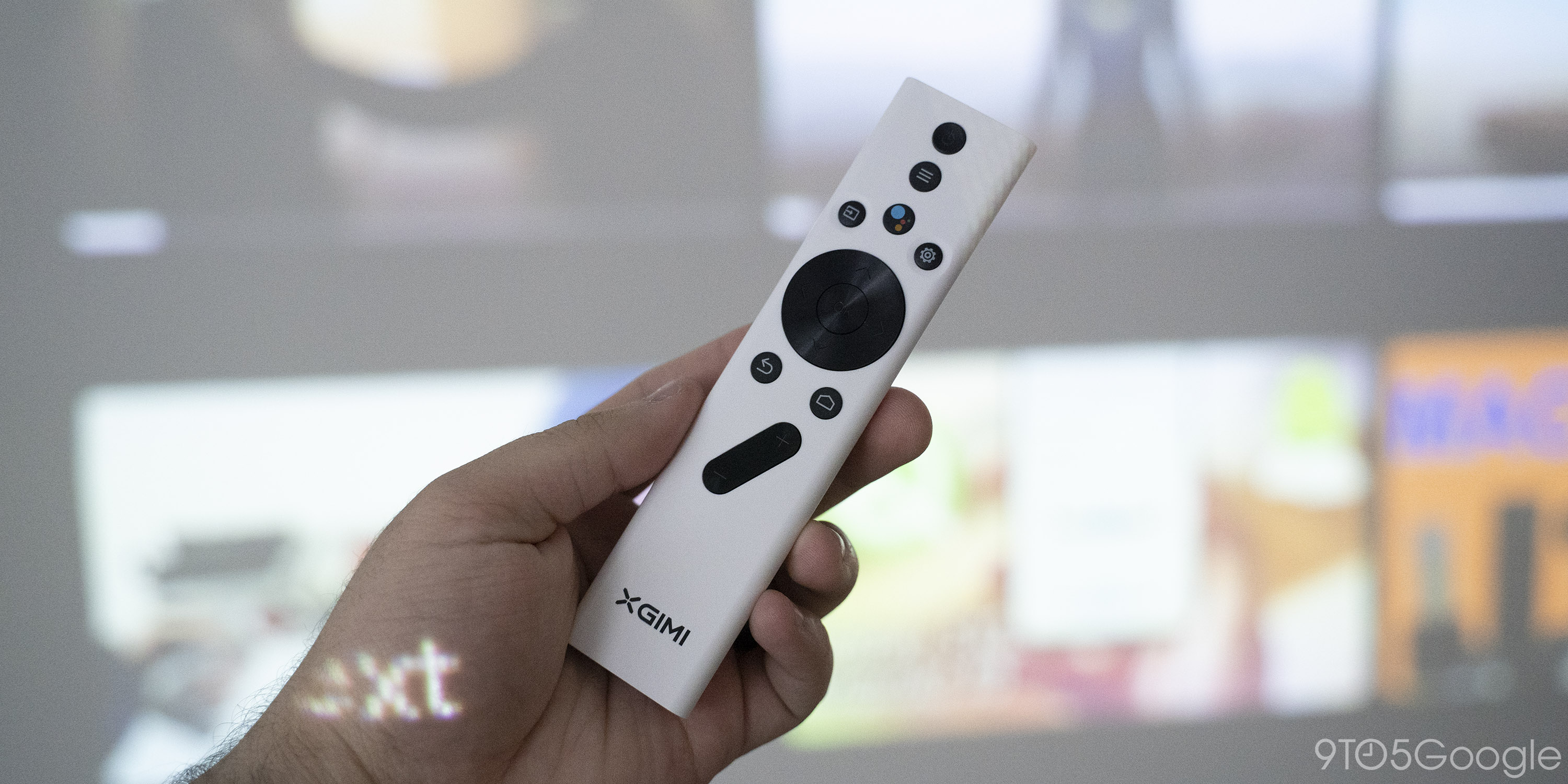 The entire body is well-constructed as well. It’s almost entirely plastic, but it still feels sturdy. The design itself is also fairly attractive, although I wish it was offered in black along with the silver/white. There’s a nice heft to the device with its internal battery which, apparently, is rated for 4 hours. In my testing, that seems to be about accurate.

Buried underneath the grill on the XGIMI MoGo and MoGo Pro is a speaker array that, in all honesty, is not bad at best. The speakers are powered by Harman Kardon and put out 6W of power. That’s not nearly loud enough for a home theater, but it’s enough for watching a movie or show on the go. 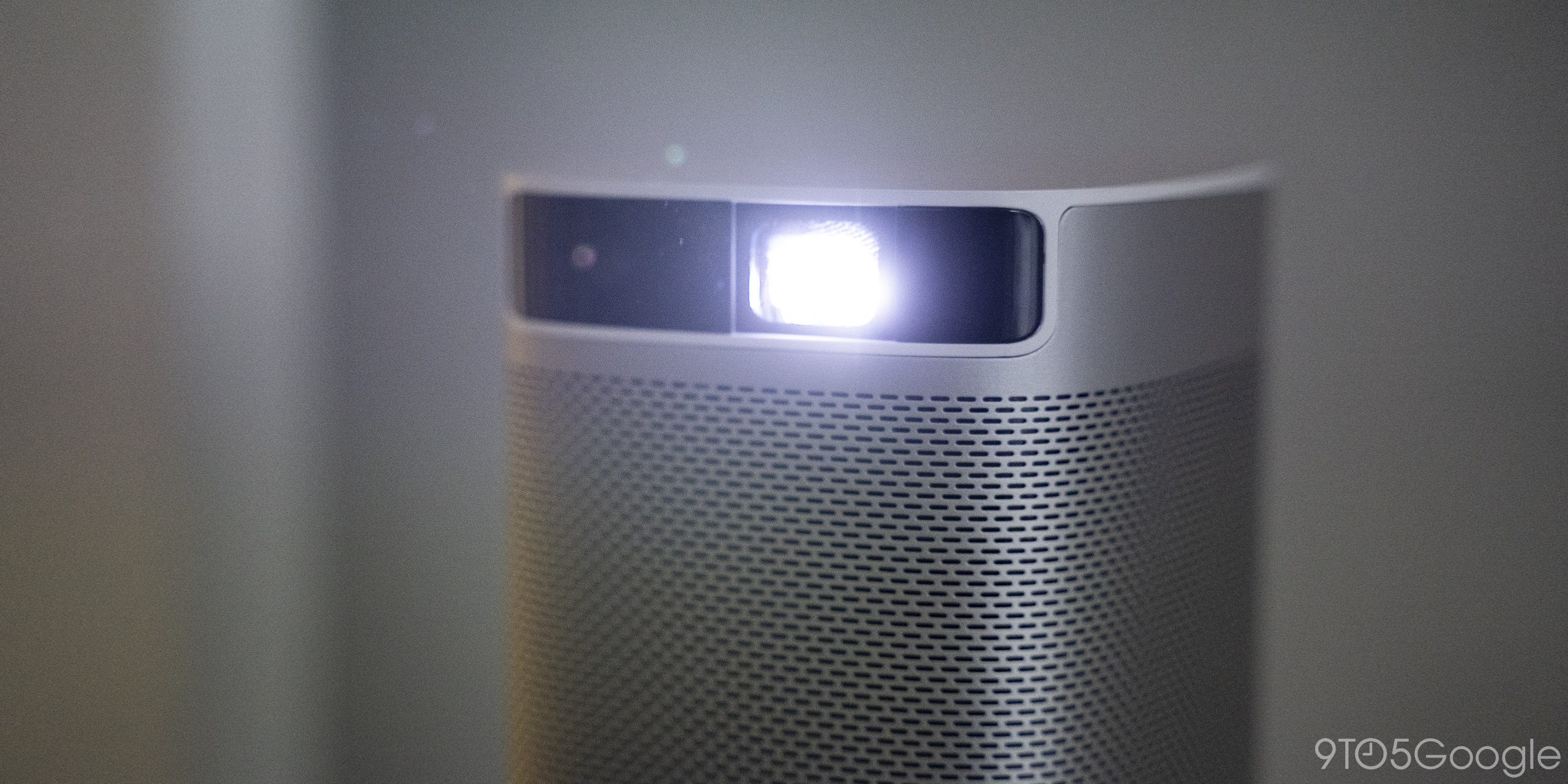 The sound itself is pretty crisp but, despite having a built-in woofer, isn’t great at producing lows and bass. Watching Spider-Man: Far From Home wasn’t an ideal experience, but more casual types of content such as YouTube videos were better for my setting. Luckily, you can always stream the audio out via Bluetooth or using the audio port on the back.

XGIMI also advertises using the MoGo as a Bluetooth speaker but, honestly, you’ll get better sound out of much more affordable speakers.

The thing that really got my attention with the XGIMI MoGo and MoGo Pro projectors was the fact that they run Android TV.

In terms of the interface, this is the same Android TV you’d find on a Shield TV, Xiaomi Mi Box, and other Google-certified devices. That also means you’ve got access to the Play Store with thousands of apps and games. 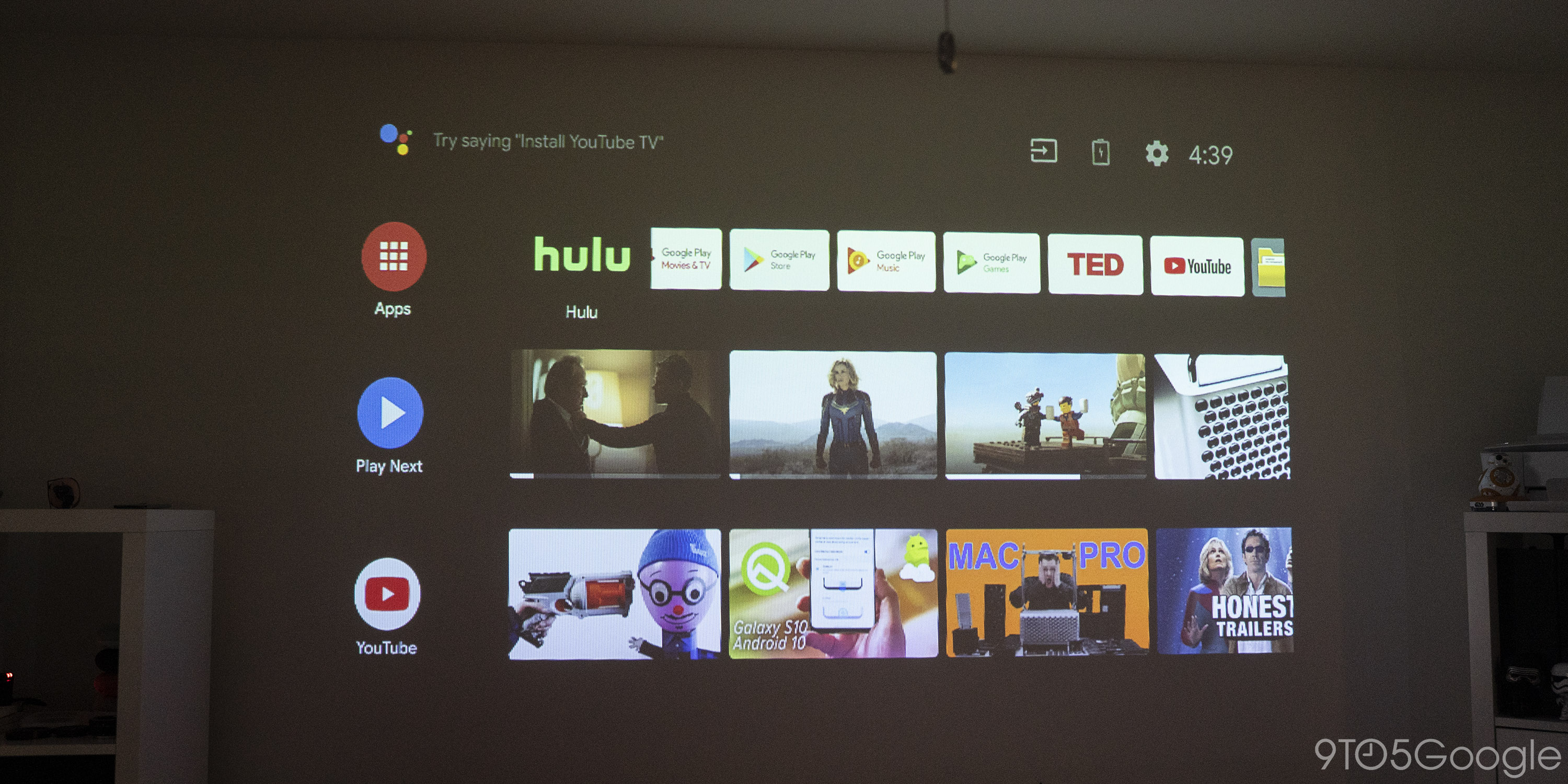 How does it perform? Using 2GB of RAM and a quad-core Amlogic processor, I was mostly happy with how the MoGo held up to navigation. It doesn’t lag except shortly after boot and apps run smoothly overall. My biggest gripe was with Hulu which, for whatever reason, would freeze when playing some content.

By far the biggest problem with XGIMI’s MoGo and MoGo Pro is the two services they can’t properly access. Both Netflix and Disney+ are no shows here. Technically, both can be sideloaded and there’s a tutorial explaining how to do so for Netflix. However, these are big negatives in my eyes. Heck, in my testing, I couldn’t even get Netflix to work.

For anyone buying a projector like this, the lack of the two biggest streaming services is a massive downside. Plus, telling a consumer that they have to manually sideload the apps is something that the vast majority won’t want to do.

With Disney+, the easy workaround is Chromecast. Like every other Android TV, the MoGo’s both have Chromecast built-in and you can easily bring content from your phone onto the projector. Making things even better, I found Chromecast worked slightly better on the MoGo compared to most Android TV devices. It’s just a shame Netflix blocks support for the device as a cast target. 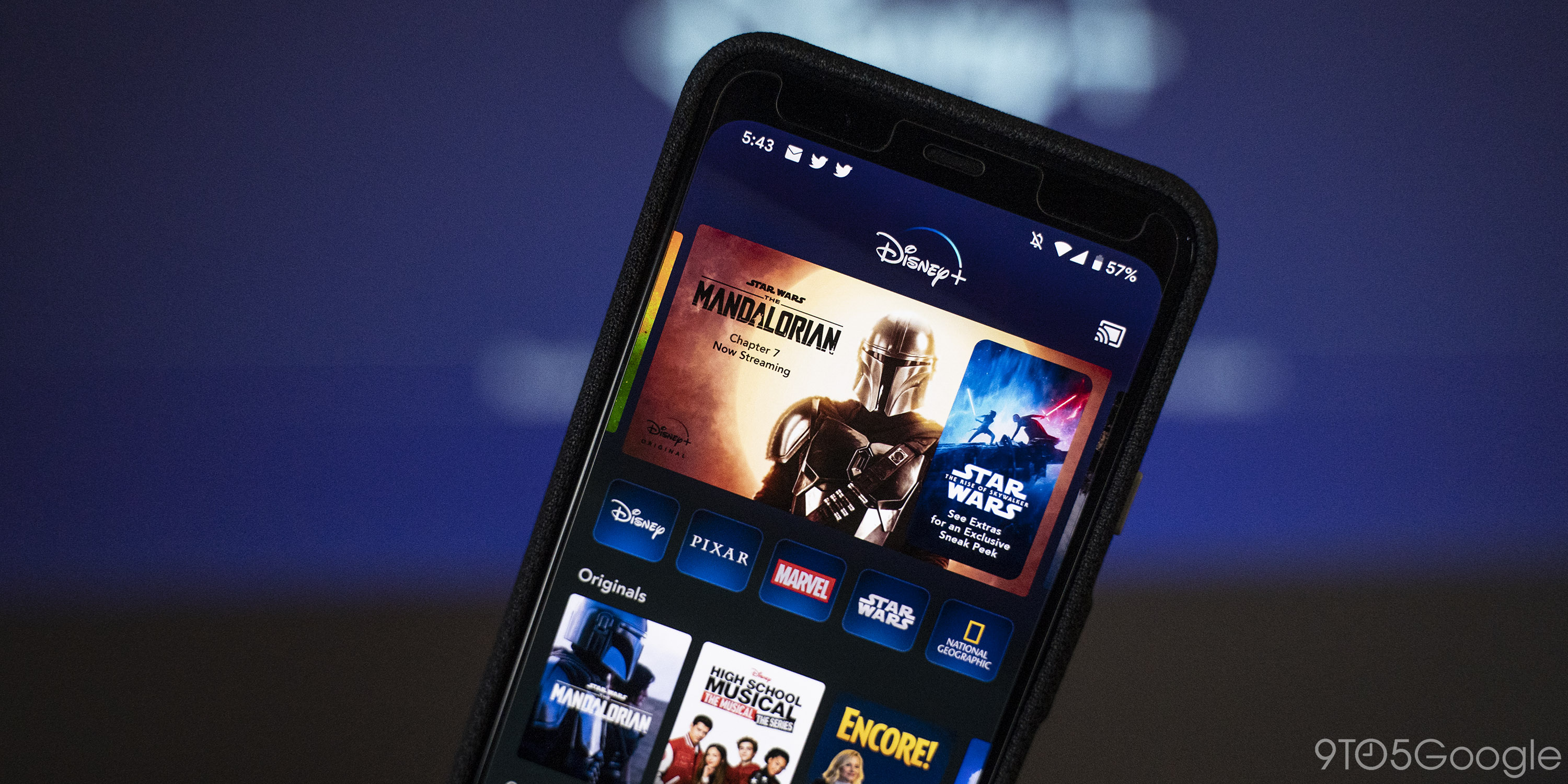 XGIMI did mention to me, though, that it hopes to support both Disney+ and Amazon Prime Video by the end of 2019, a deadline that’s quickly approaching.

There are two options with the XGIMI MoGo series. The standard model is $399 while the Pro is $550. For the $150 price difference, all you’ll get are upgrades to the picture quality. Instead of 540p video, sharper 1080p. Instead of 210 lumens of max brightness, 300 lumens.

Both of those are stellar upgrades, but personally, I don’t know if they would be worth the upgrade for most people. The extra brightness, though, is probably more useful than the extra sharpness. You’ll have to decide which is best for you but, personally, I’d stick with the base model especially looking at sales. The base model has been priced as low as $299 with sales which is a fantastic deal.