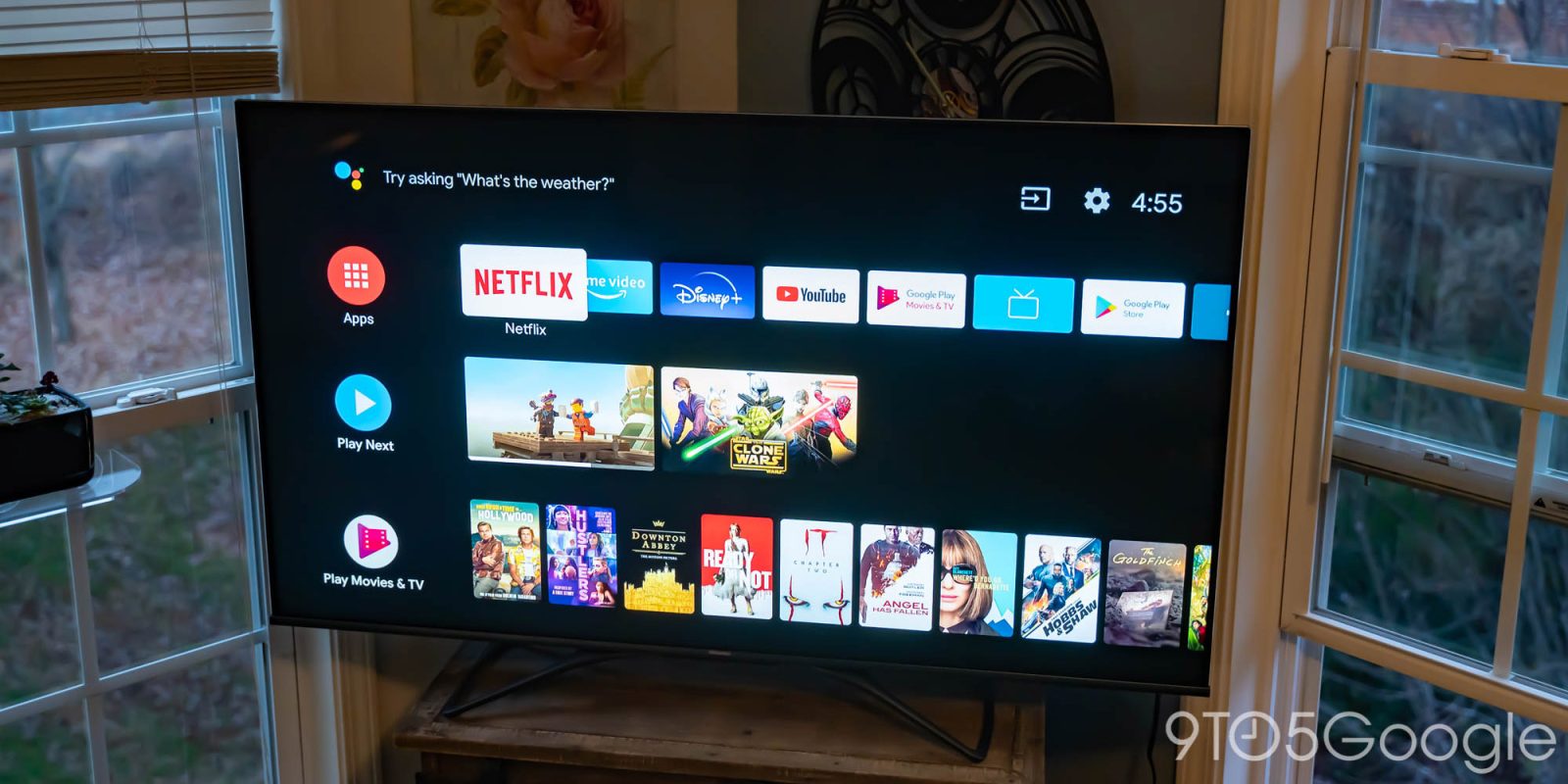 Smart TVs are just about everywhere at this point and slowly but surely, Google’s Android TV is also breaking into that market. Hisense has been putting out Android TV models for a little while now and for the past few weeks, I’ve been using the Hisense H9F – here’s what you need to know.

The design of the Hisense H9F is attractive in most settings. It has thin bezels all around, a slim overall form factor, and a stand which isn’t an eyesore too. The back isn’t very attractive, but this is a TV that you’ll probably have sitting up against a wall anyway. There are 4 HDMI ports in total, 2 USB ports, an Ethernet port, AV in, a headphone jack, antenna, and digital/optical audio out. Everything is mounted over on the right side of the TV.

There’s basically nothing to complain about with the design of the Hisense H9F, but I did immediately notice a small concern when it comes to the front panel. The design here has bezels that don’t actually protect the panel itself which means the panel might be slightly more susceptible to damage. It does provide a great look, though. You probably shouldn’t worry too much either as the TV’s frame is exceptionally sturdy.

Cutting right to the chase, the Hisense H9F is a pretty solid TV in my experience. The 55-inch panel isn’t the best I’ve ever seen, but it’s far from the worst. It has sharp picture quality when displaying 4K content, deep blacks for an LCD panel, and fairly good uniformity across the screen. I couldn’t tell an immediate difference compared to the Vizio TV I use in my living room.

The H9F truly shines when it comes to 4K HDR. Content played through Amazon Prime Video and Disney+ looks great on this panel but, sadly, not all apps work. Vudu, for example, can’t play 4K HDR when natively installed. 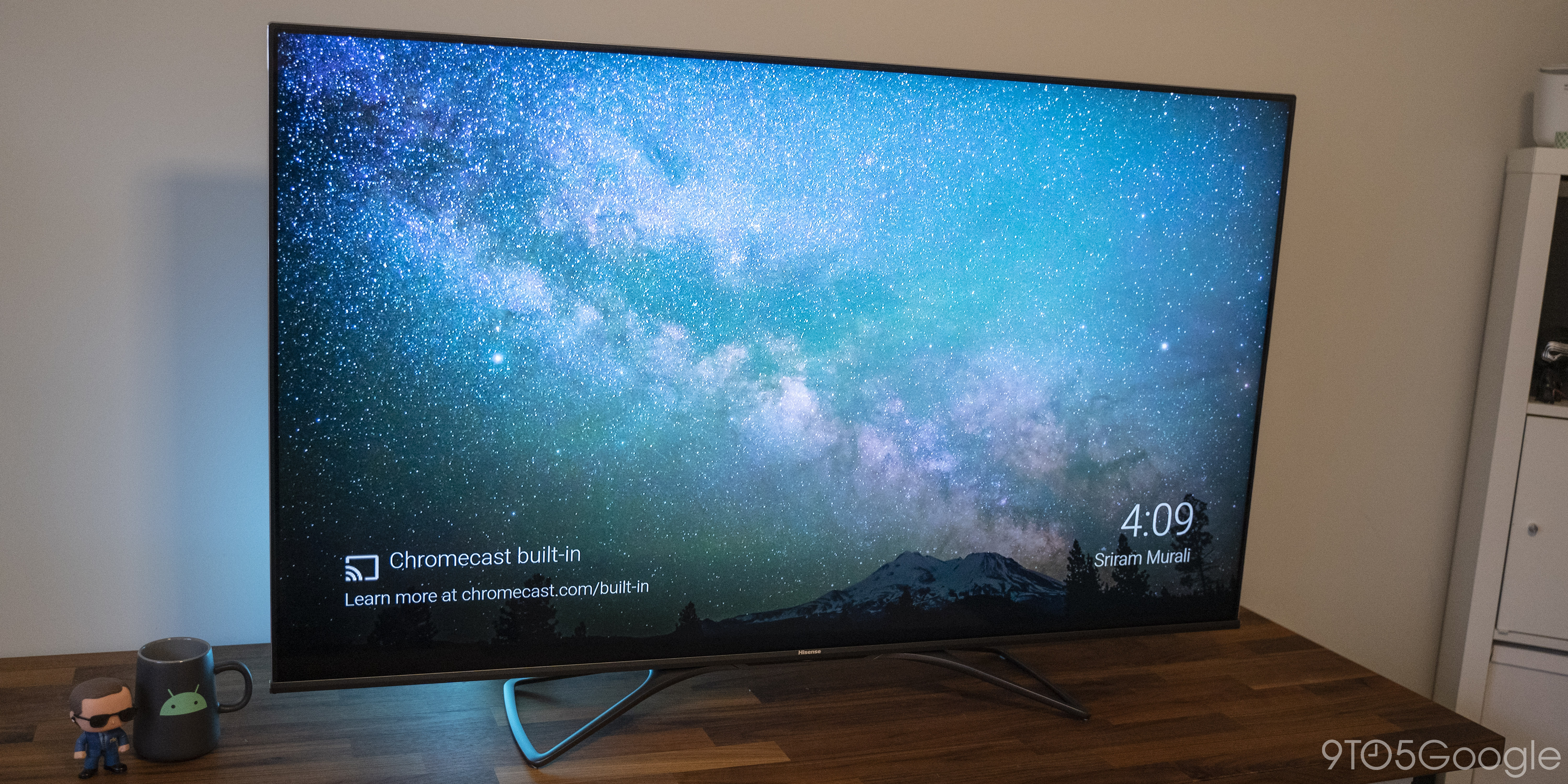 I’ll be frank, I’m not a TV reviewer. I can’t dive into comparing this to other TVs or explain the nuances of what Hisense’s panel offers. For that, I’d recommend checking out the in-depth review from Rtings.com which dives into everything you’d want to know and more. They gave the H9F an 8.1 out of 10 for its picture quality and based on my experience, I’d say that rating is spot on.

How about the sound quality? As with any TV, it’s not amazing, but it’s also not bad here. The H9F sounds good for casual shows like The Office, but I noticed while watching shows like The Flash and movies like Spiderman: Far From Home that the bass simply isn’t there and the speakers just can’t keep up when there’s a ton going on. I’d still highly recommend picking up a soundbar, but if that’s not an option, this TV isn’t totally awful when it comes to audio.

How’s the Android TV experience? Android Oreo is on board here with a few apps pre-installed and shortcuts to download several others. It’s not quite bloatware free, but none of it feels especially intrusive despite the fact you can’t uninstall them. There’s about 2GB of free space available on the H9F for other apps.

Notably, Hisense pre-loads Amazon Prime Video on the H9F which you won’t find on quite a few other Android TV products. The app works and provides full 4K HDR support too. 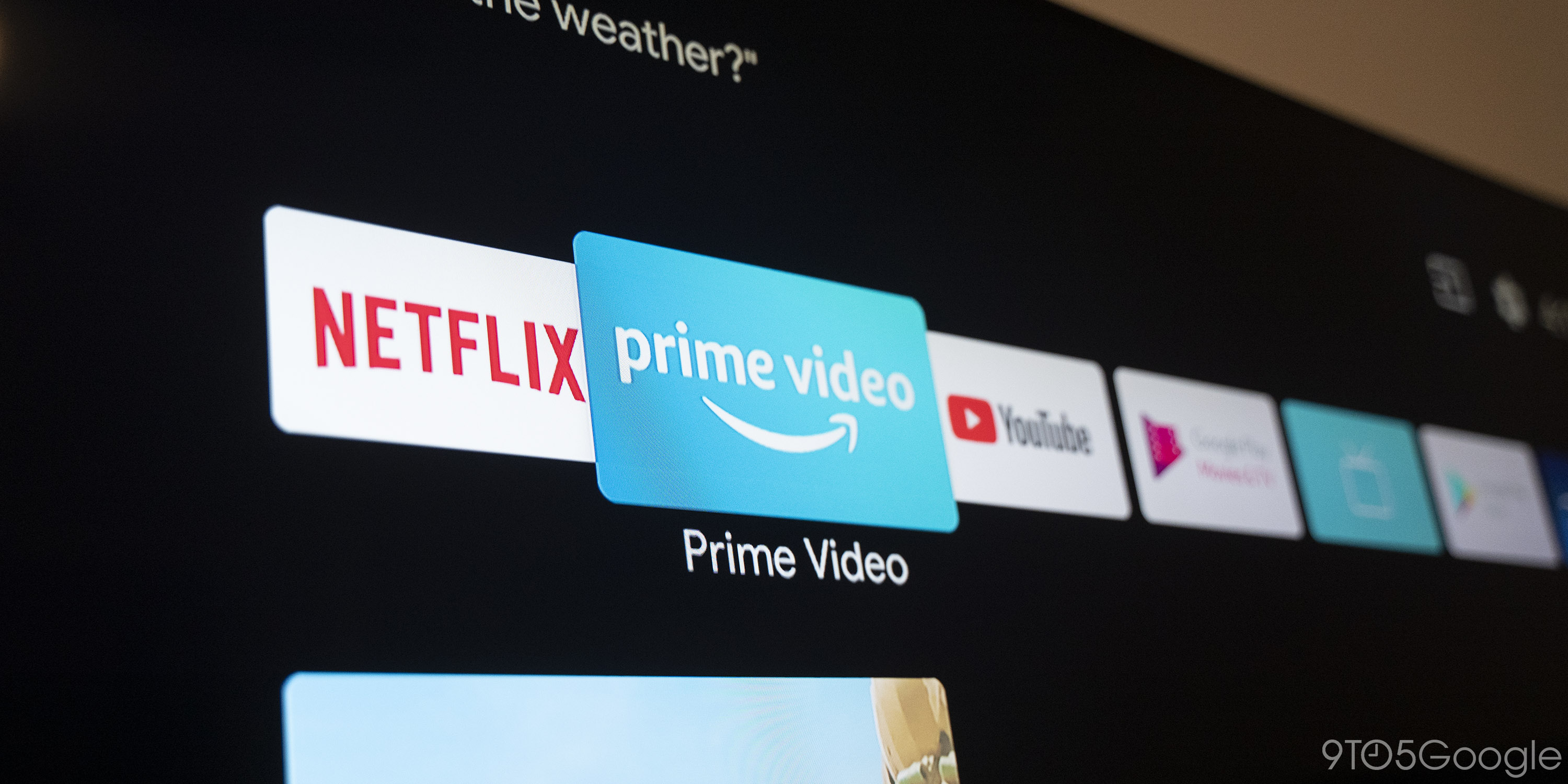 Rounding out the package you’ll find typical Android TV features including Google Assistant and the Play Store. From an app standpoint, there’s never been a better time to get Android TV with Hulu’s Live TV service finally available and more apps than ever before. The Play Store also just got a big redesign and just like always, the Android TV interface is still free of ads.

Unfortunately, a lot of that is a moot point because performance on the Hisense H9F is not all that great. Presumably, due to the processing power under the hood, the TV just can’t keep up with Android all the time. When the TV first wakes up from being shut down or even just displaying its screen saver, everything chugs along at a crawl. After scrolling around for 30 seconds or so performance improves dramatically and the TV is absolutely usable. However, that’s just not ideal.

Performance is by far the biggest issue with the entire package, but it might not be a deal-breaker for everyone especially considering apps – except for YouTube – generally have no issues. Hopefully, Hisense will upgrade its processor for the next generation and fix this model with future updates too.

None of the performance issues lie on the remote, thankfully. By default, the remote acts a normal IR remote but you can enable more features – including Google Assistant – by setting up its Bluetooth connection. The remote is also fully featured with a full number pad, D-pad, media controls, and shortcut buttons for Netflix, YouTube, Vudu, and the Play Store too. 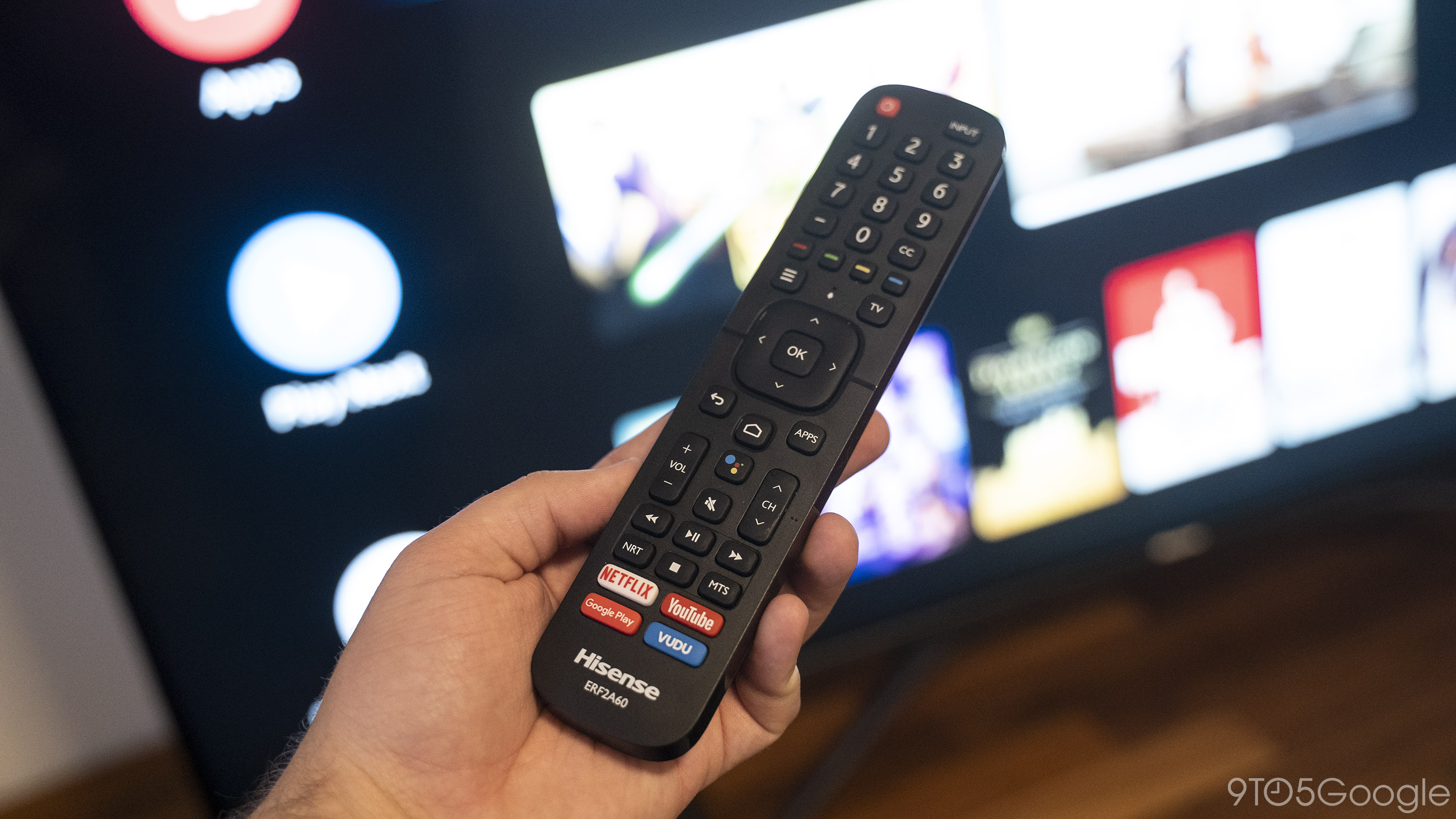 For its usual $599+ price I think the Hisense H9F is a pretty good offering. Performance is my only big concern and for many, it may end up being a deal-breaker. Personally, there’s a reason why I prefer Vizio’s “dumb” TVs and an additional set-top box, but if that’s not an option for you, Hisense H9F is a good solution especially for the price.

During Black Friday when this review is going live, the H9F can be had for an even more affordable price. The 65-inch option is up to $200 off from Amazon and the 55-inch model I tested is $549 at Best Buy.