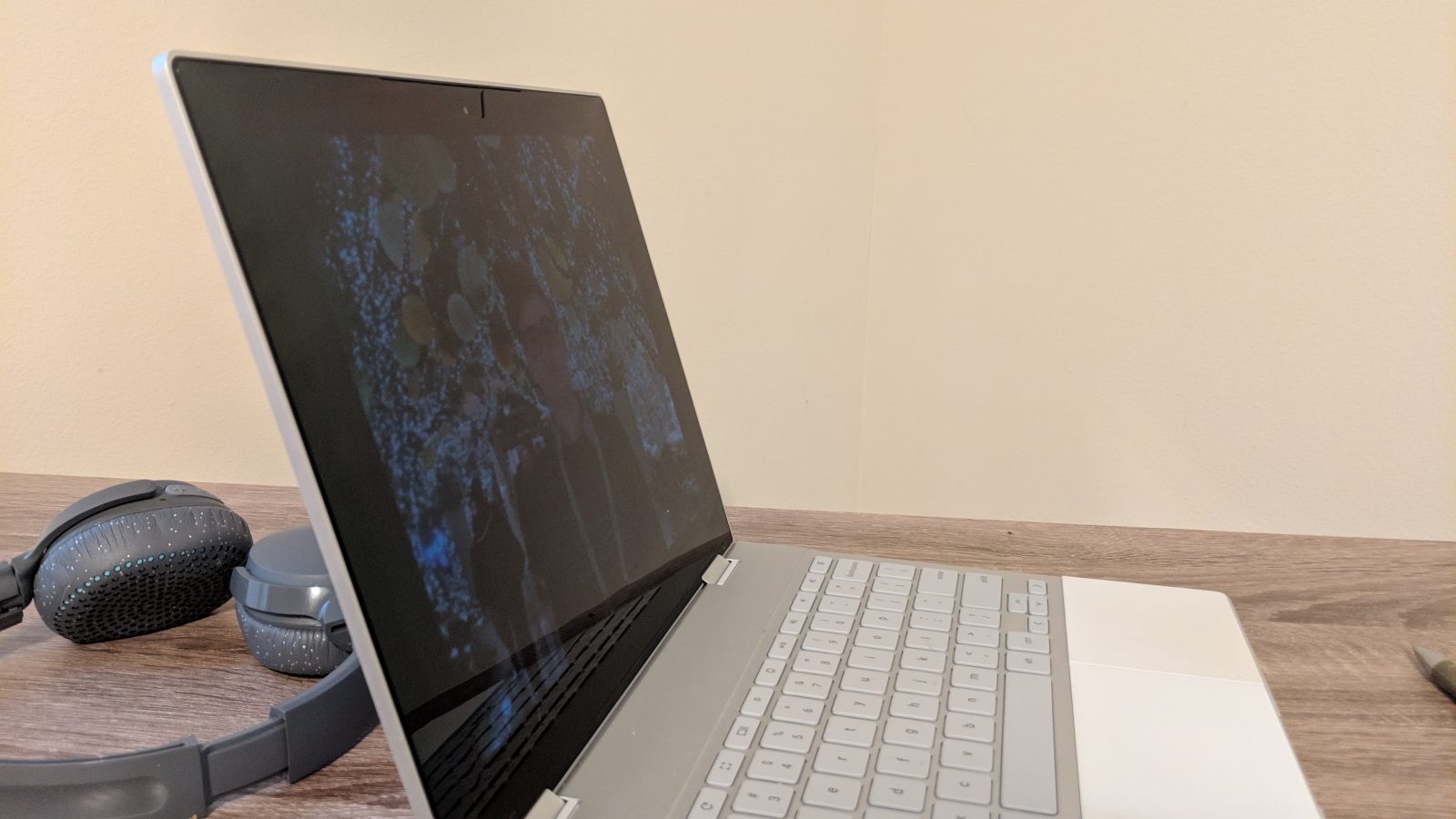 This week at CES, we saw many exciting new Chromebooks coming soon to the market from Samsung, Lenovo, and ASUS, but there are still many more Chromebooks yet to be revealed. One of these, codenamed Drallion, has a feature we’ve not seen on a Chromebook before, an “electronic privacy screen.”

These days, laptops and Chromebooks are the best computers for getting work done, thanks to their portability. For some, though, being in public becomes an issue when your work is sensitive and needs to remain private.

This, of course, lead to a market for “privacy screen” accessories that let you apply a sticker to your laptop, or Chromebook’s display that prevents someone to your left or right from seeing what’s on your screen clearly. At one point, these protectors were even standard issue to new Google employees, according to one manufacturer.

Recently, those privacy protectors have moved from awkward sticker to built-in toggleable feature, starting with HP’s “Sure View,” which you can check out a demo for below.

Today, the folks at Chrome Story spotted a new Chromium commit that very clearly states that this idea of built-in electronic privacy screens will be coming soon to Chromebooks.

Some upcoming Chromebooks will have an electronic privacy screen [that] can be toggled on or off via a hotkey.

We dug a bit deeper and found there’s more to the story. In another commit, an engineer outs a Chromebook codenamed “Drallion” as being the first to feature an integrated privacy screen. The commit message even outlines the keyboard shortcut for how you’ll trigger it.

On Drallion the F12 media key is for privacy screen toggle not display toggle.

Other details we can confirm about Drallion is that it will be a touch-enabled laptop or convertible featuring a 10th Gen Intel “Cannon Lake” processor like those found in the Galaxy Chromebook and ASUS Chromebook Flip C436.

What’s not clear just yet is which brand we should expect to launch Drallion. Email address evidence points to Drallion being developed by Compal, a company that designs devices for the likes of Acer, Dell, HP, and Lenovo. HP is the only one of those companies to have shipped an integrated privacy screen, but other evidence points to Drallion being closely related to a recent Dell Latitude Chromebook, codenamed “Sarien.”

Would you make use of a built-in privacy screen on your Chromebook? Let us know in the comments.