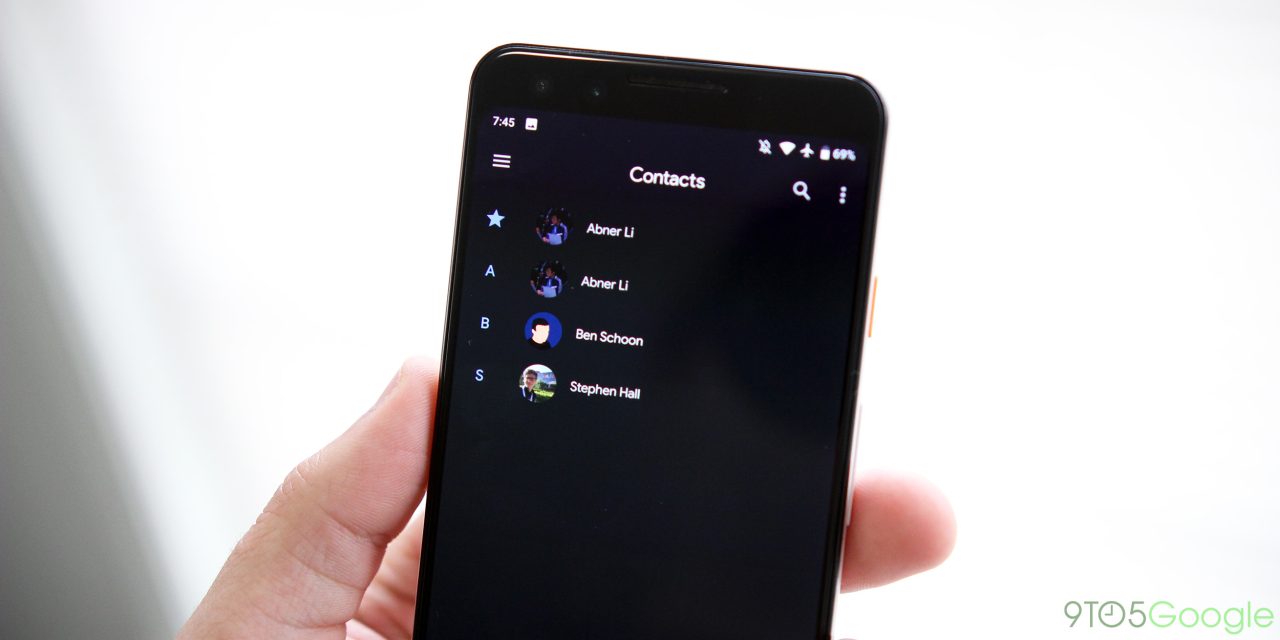 Historically a straightforward application, the default Contacts app on Android is a bit buggy after its latest update. Opening people in Google Contacts 3.15 is remarkably slow and takes a few seconds.

First introduced last week, version 3.15 of Contacts widely rolled out yesterday through the Play Store. Launching Google Contacts is normal, but opening a contact by tapping from the main list is slow.

You first see a blue loading indicator span the top of the screen, followed by a profile image and name. The carousel of buttons for quick actions like Call, Text, Video, Email, and Pay comes next, with actual details last to load.

Any contact with more than one entry experiences this lag. As seen in the video below, this slowdown happens even if you have just opened a person’s details moments ago. In fact, the second and third opens are slower than the first. Past versions of Google Contacts do take a second to open, but it’s not as prolonged as 3.15.

Putting your device in airplane mode gets rid of this lag. This suggests Google Contacts is pulling details from the cloud on every open, but the speed is still not acceptable.

We tested on a slew of Pixel flagships — including the 2, 3, 3a, and 4 —  with all experiencing a delay. Other parts of the app, including settings and creating new contacts, work normally.

For such a key function, this slowdown in Google Contacts is quite annoying to the point where you’d avoid the app and just use search in Gmail, Phone, or Messages.