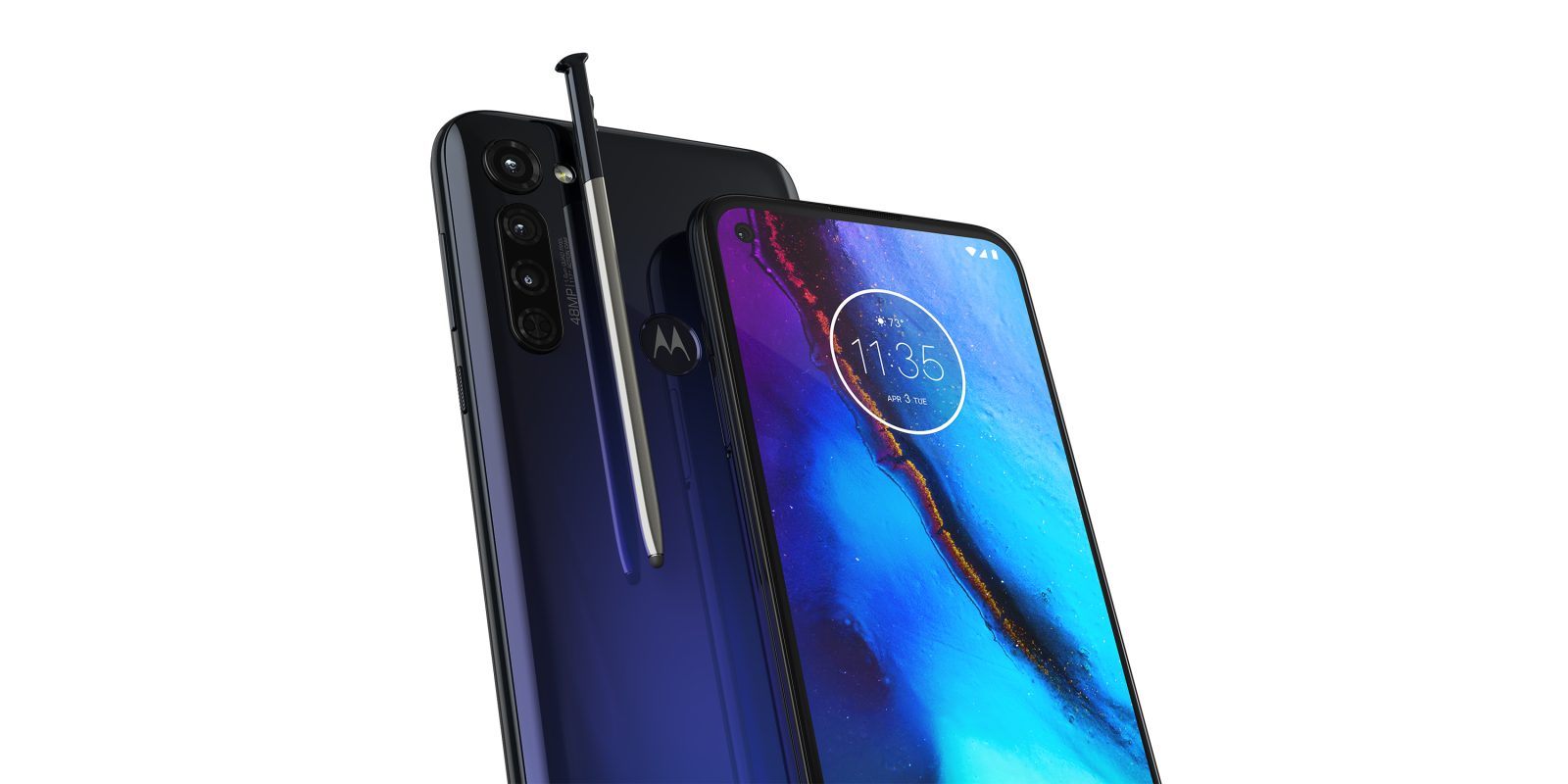 Motorola’s Moto G lineup has been the company’s most successful line ever, recently crossing 100 million units sold. Today, Motorola is announcing another set of Moto G smartphones, this time ditching the accompanying numbers and the Moto G Stylus, too.

At this point, we’re eight generations in on the Moto G series, and Motorola has decided it’s time to take a break from the numeric naming scheme. Instead of calling this 2020 collection the Moto G8, they’ll just be called Moto G, just like the first generation in 2013.

Starting this next generation is the Moto G Stylus and also the Moto G Power.

Replacements for the Moto G7 series, the Moto G Stylus, and G Power have a lot in common. They both offer 6.4-inch FHD+ displays that have a punch-hole containing a 16MP camera. This replaces the notch from last year’s models. Under the hood, there’s a Snapdragon 665 processor, 4GB of RAM, and Android 10 out of the box.

The design of the Moto G Stylus and Power brings shiny plastic with no wireless charging or NFC underneath, but there is a 3.5mm headphone jack and a “water repellant” design. There’s also a rear fingerprint sensor, too.

How do these phones differ? Starting with the Moto G Stylus, it’s right there in the name. There’s a stylus embedded in the phone like the style of the LG Stylo 5. It’s not as capable as the stylus in Samsung’s Note lineup, but there are a few useful features. There’s a pop-up menu with app shortcuts, as well as a new app called Moto Note that pops up automatically when the stylus is removed from its silo. The Stylus also has 128GB of storage.

As for the Moto G Power, the appeal to this device is its battery. Instead of the 4,000mAh battery from the Stylus, the Power jumps up to 5,000mAh. Motorola claims 3.5 days from a single charge with this battery. There’s also 64GB of storage.

There’s another big difference between these two phones. The Moto G Stylus offers up a 48MP primary camera with a Night Vision mode. There’s also a dedicated “action camera” with an ultra-wide lens, plus a macro lens that focuses on subjects just two centimeters away. The G Power has those same two secondary sensors, but has a 16MP primary.

Both devices will be available this spring from Amazon, B&H, and other retailers. By the way, they also use USB-C this time around.