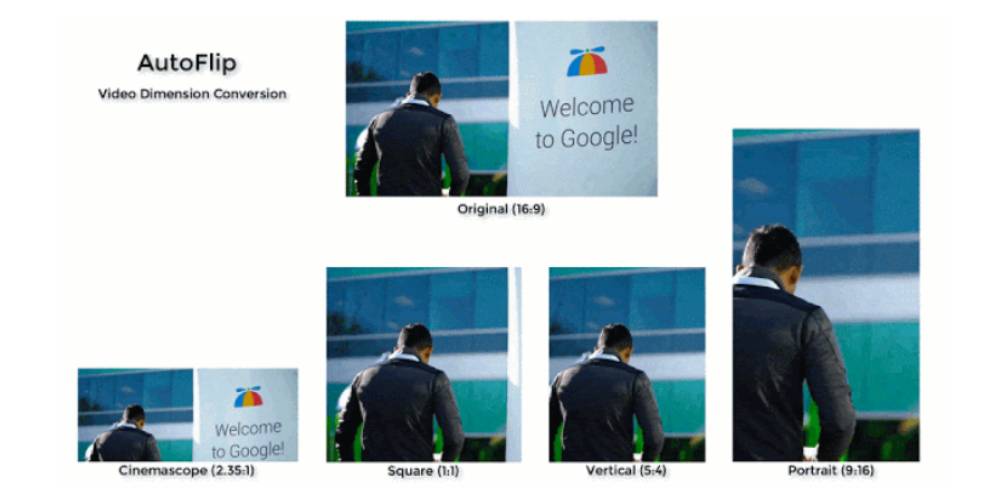 We consume a lot of video content nowadays, but more importantly, we’re consuming that content on a wider variety of devices than ever. It can be tough for content creators to keep up with every device you’re watching that content on, but there are solutions. Earlier this week, Google AI announced “AutoFlip,” a tool that automatically resizes videos to fit any aspect ratio.

Detailed on its blog, Google AI has revealed a new open-source framework for a tool called “AutoFlip.” The purpose of AutoFlip is to use AI to automatically resize videos to fit other aspect ratios. This can be a very involved process to do manually, as the subject of a video originally shot in landscape might not be in the same spot during each shot.

As seen in the example below, a video with some interviews in it would result in very poor framing of the subjects if directly cut to vertical video. However, using AutoFlip, Google can cut the video to keep the subject at the center of the frame. Google accomplishes this using face and object detection.

Where might this be used? My immediate thought is producing content for YouTube and Instagram and other social platforms at the same time. Using a tool like this, a creator could produce only the YouTube video in landscape, then use AutoFlip to resize the same video for square or portrait orientations for those other platforms.

At the moment, though, AutoFlip isn’t something you can download or use online. Rather, you’ll have to compile the project yourself from Github where Google has posted the open-source code.