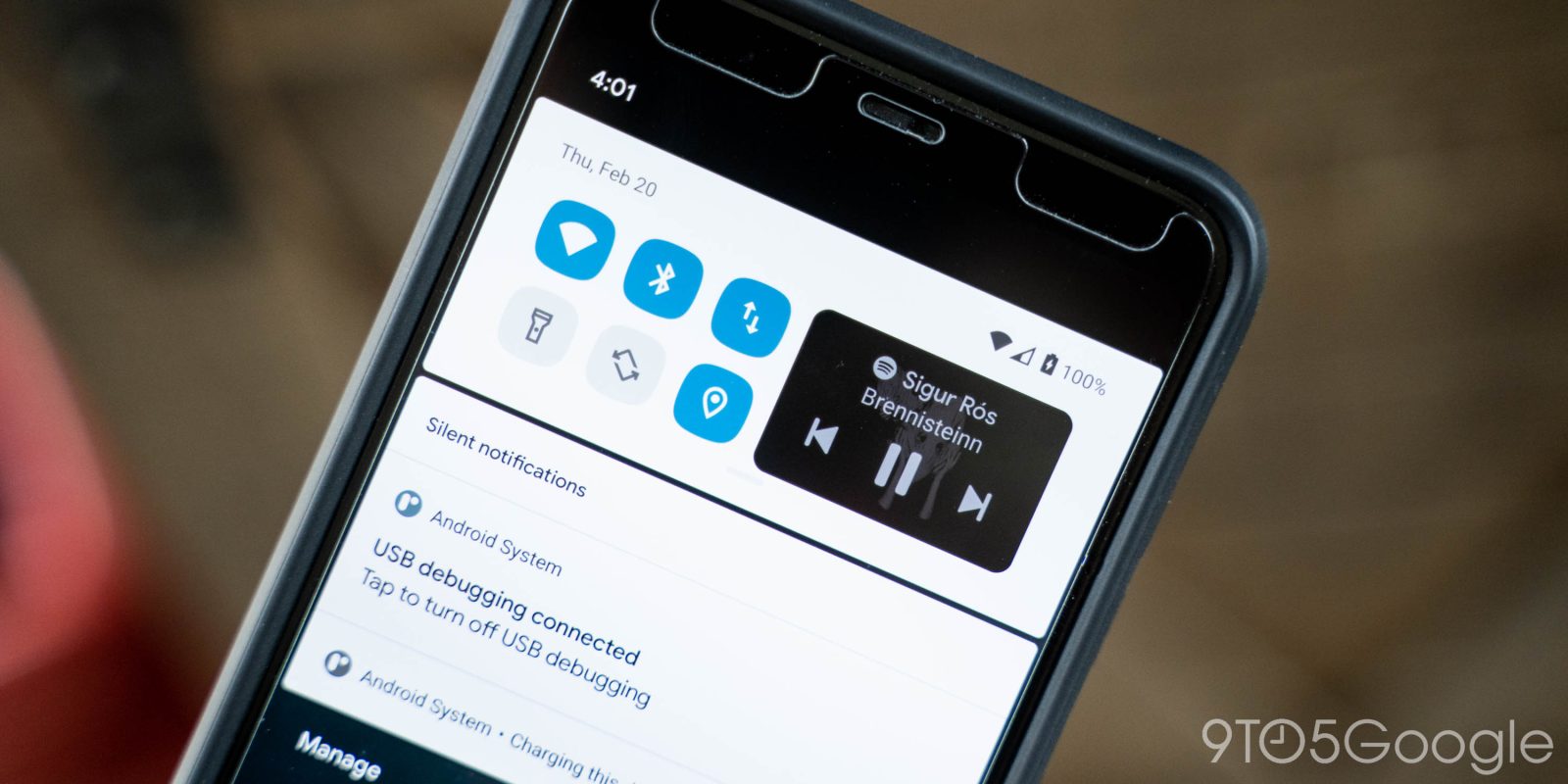 Android 11 is still in its early days, but behind the scenes, there are potentially some big changes on the way. Now, we’ve been able to flip the switch on a new design for media controls in Android 11 which moves them out of the notification tray.

For years now, Android has left the media controls in the notification tray. For quick controls over what’s playing on your device, this has always been an appreciated location. However, as Google continues to tweak notifications, the tray may start to feel cluttered when media controls are shown.

Apparently, Google is testing a radical change to how media controls would appear in Android. Instead of showing up in the notification tray, media controls in Android 11 might move to the Quick Settings menu.

We were able to flip the switch on this new design in the first Android 11 Developer Preview which, as you can see below, pushes your primary Quick Settings off to the left side of the display to make room for a media player. In our test, this worked with Spotify, but it should work with any other app that uses Android’s native media notification (YouTube Music, Pocket Casts, Pandora, etc).

What’s especially important to note here is that when nothing is playing, the media controls disappear from the mini-Quick Settings tray, leaving the 6 buttons in their traditional layout. However, the controls still appear within the expanded Quick Settings. To remove them from that location when music isn’t playing, a simple long-press removes it. This only applies, though, once you’ve kicked that app out of your “Recents.”

From what we can tell, this UI isn’t finished and, as it stands right now, it’s a bit buggy. However, I think that this could be a great change to Android. As the notification shade becomes more functional, moving media controls up above keeps them within reach and creates a nice separation for the feature. On the other hand, Dylan hopes it won’t be implemented just yet as he prefers it in the notification shade.

What do you think? Drop a comment below and let us know!