Android 11 DP1: You can now check what codecs your Bluetooth headphones support 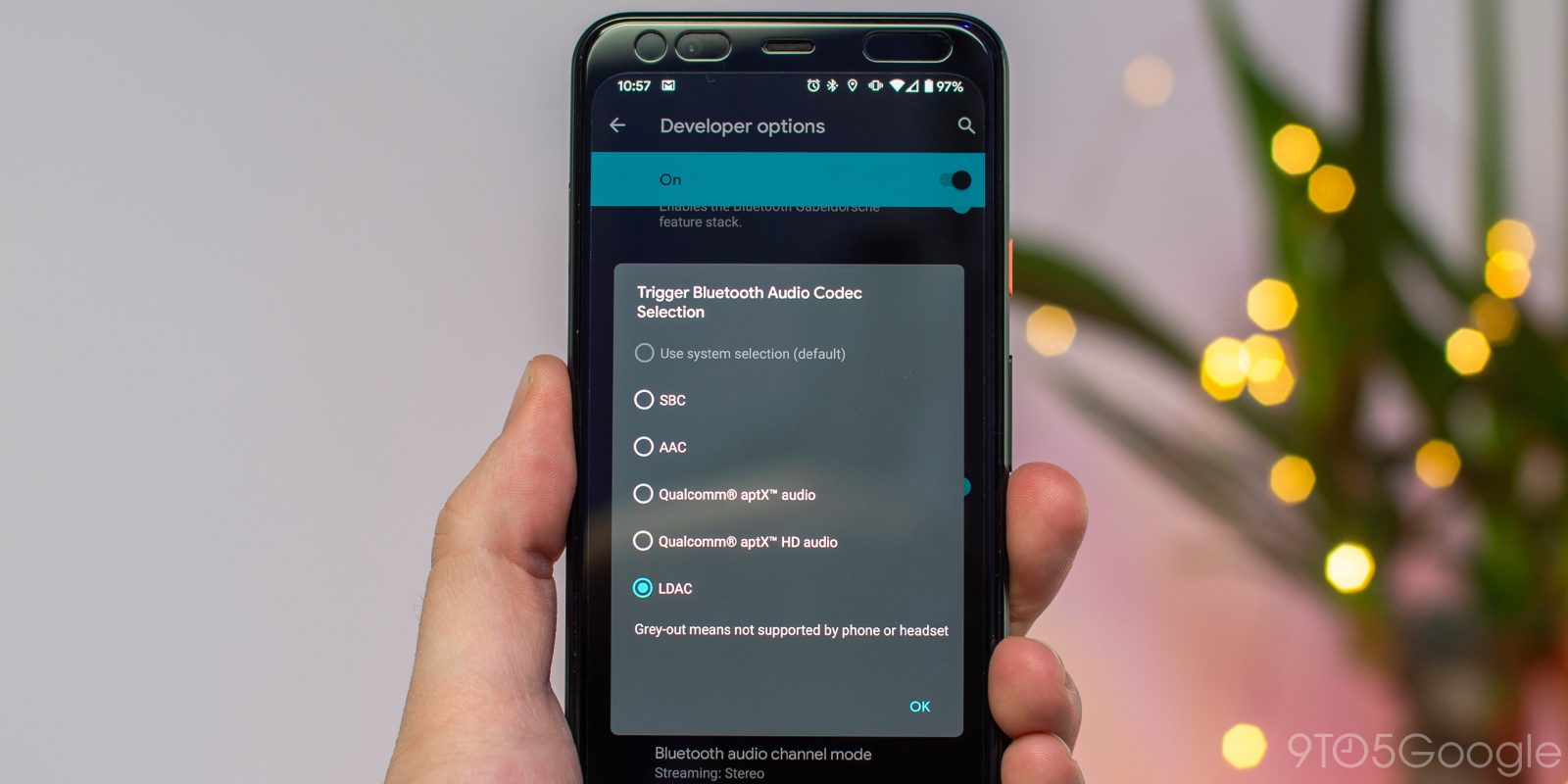 The new feature was spotted by the guys over at Android Police is not particularly user-facing, as you do need to delve into the Developer options menu to get the info. However, the Trigger Bluetooth Audio Codec Selection allows you to toggle which codec you prefer — although seems as though it is more aimed towards out-and-out audiophiles.

Previously, there was no easy way to actually find out which audio codecs are supported by your Bluetooth headphones on Android. One process involved some serious workarounds and had you copying logs from your phone to a PC — clearly, it was far too much messing around.

When you head to the new section within Developer options, as long as you have a pair of Bluetooth headphones or earbuds connected, you’ll get a list with the supported codecs. Any that are not supported will be greyed-out.

On Android 10, it just gives you a list of all of the audio codecs but doesn’t show you which will work and will default to the standard SBC or AAC for audio. The new method makes it clearer if you simply didn’t know just what codec your Bluetooth buds support out of the box. Plus with some manufacturers touting support for certain codecs, this might help keep them honest. It also helps you select your own preferred protocol.