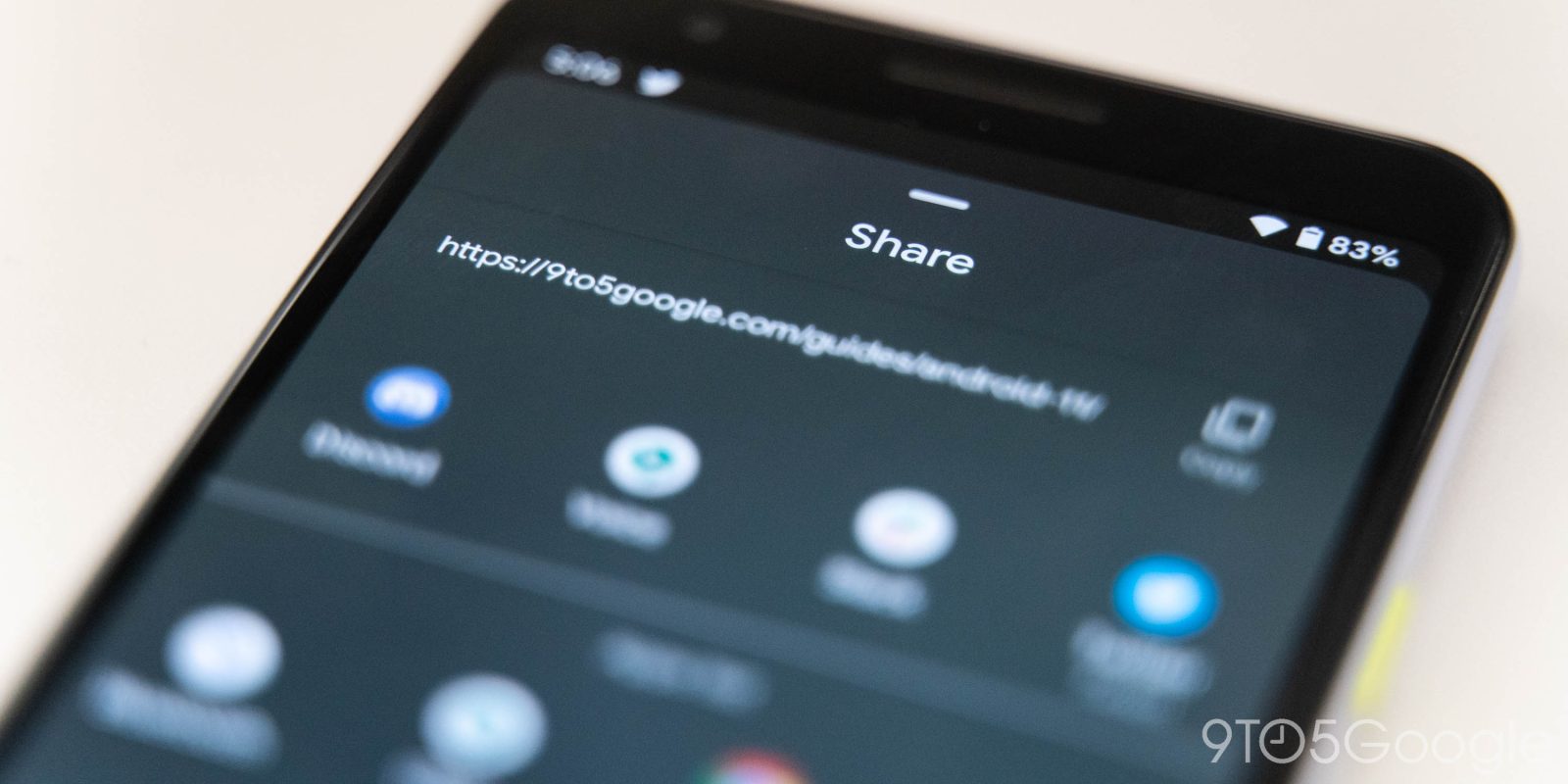 Sharing on Android has always been flexible and powerful, but over the past few releases, it’s run into some hangs. Between slow loading and changing categories, the Android share menu has often been more trouble than it’s worth, but on Android 11 Google is helping with that thanks to a new pinning feature.

Starting with Android 11, you’ll be able to pin up to 4 applications to the default share menu. This won’t apply to custom sharing menus like those seen in Google Photos, but it’s a welcome change nonetheless.

Previously, Google’s sharing menu would reorganize the list contextually, often changing it each time you would share something. Now, users have a say in which apps always appear with this pinning feature. Simply long-pressing an app’s icon brings up a small menu that contains a shortcut to App Info as well as this new pin option.

Once pinned, that app will appear in the Android share menu from that point onward. The folks at Android Police also noticed that you can only pin — or at least see — up to 4 apps with this list.