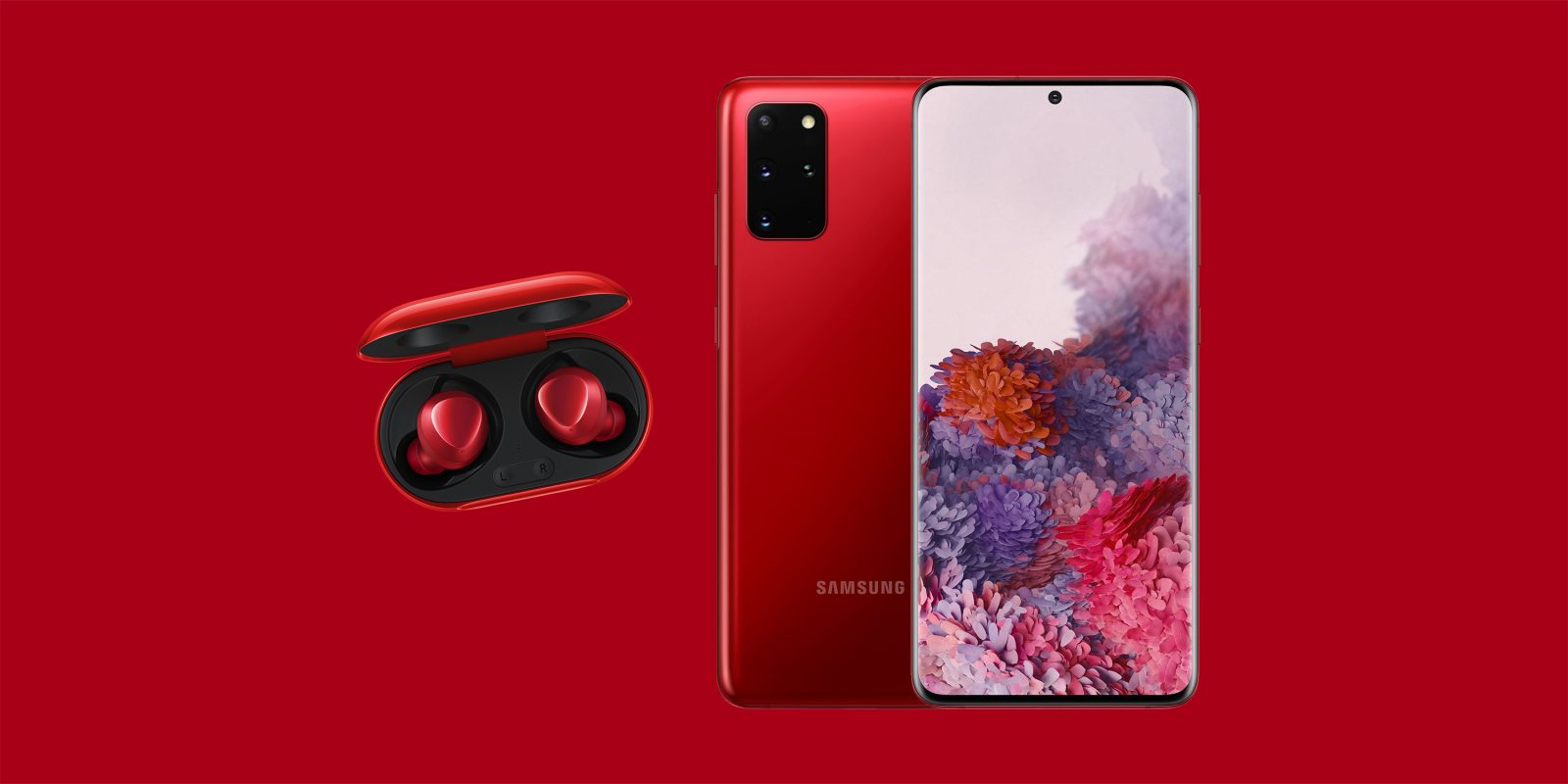 Samsung’s Galaxy S20 just went up for pre-order last night and, based on our quick poll, it seems like most of our readers are picking up the “Cosmic Grey” color variant of the device. Now, though, there’s a new color option for the Galaxy S20+ with a stunning “Aura Red” that’s launching in Korea.

As detailed by Android Central, this red version of the Galaxy S20+ isn’t going to be widely available anytime soon. The device, launching exclusively in South Korea, is also exclusive to a single carrier — Korea Telecom. There’s even a brief promo video below posted by the carrier. Importantly, this is only the S20+, not the smaller S20 or the maxed-out S20 Ultra.

Beyond that, it’s been rumored to launch in Europe eventually, but the timeline isn’t clear. Notably, it’s rumored to carry the same name in other regions which makes sense as Samsung launched the “Aura Blue” S20+ as a Best Buy exclusive.

Notably, Samsung is also launching a special set of Galaxy Buds+ in the same color variant to go along with this device. But we’re not sure if these are bundled together or not. Evan Blass recently tweeted a render of this new colorway, so perhaps there’s hope they’ll be released in other regions eventually.

Would you buy a red Galaxy S20 over the other options? Let us know in the comments!