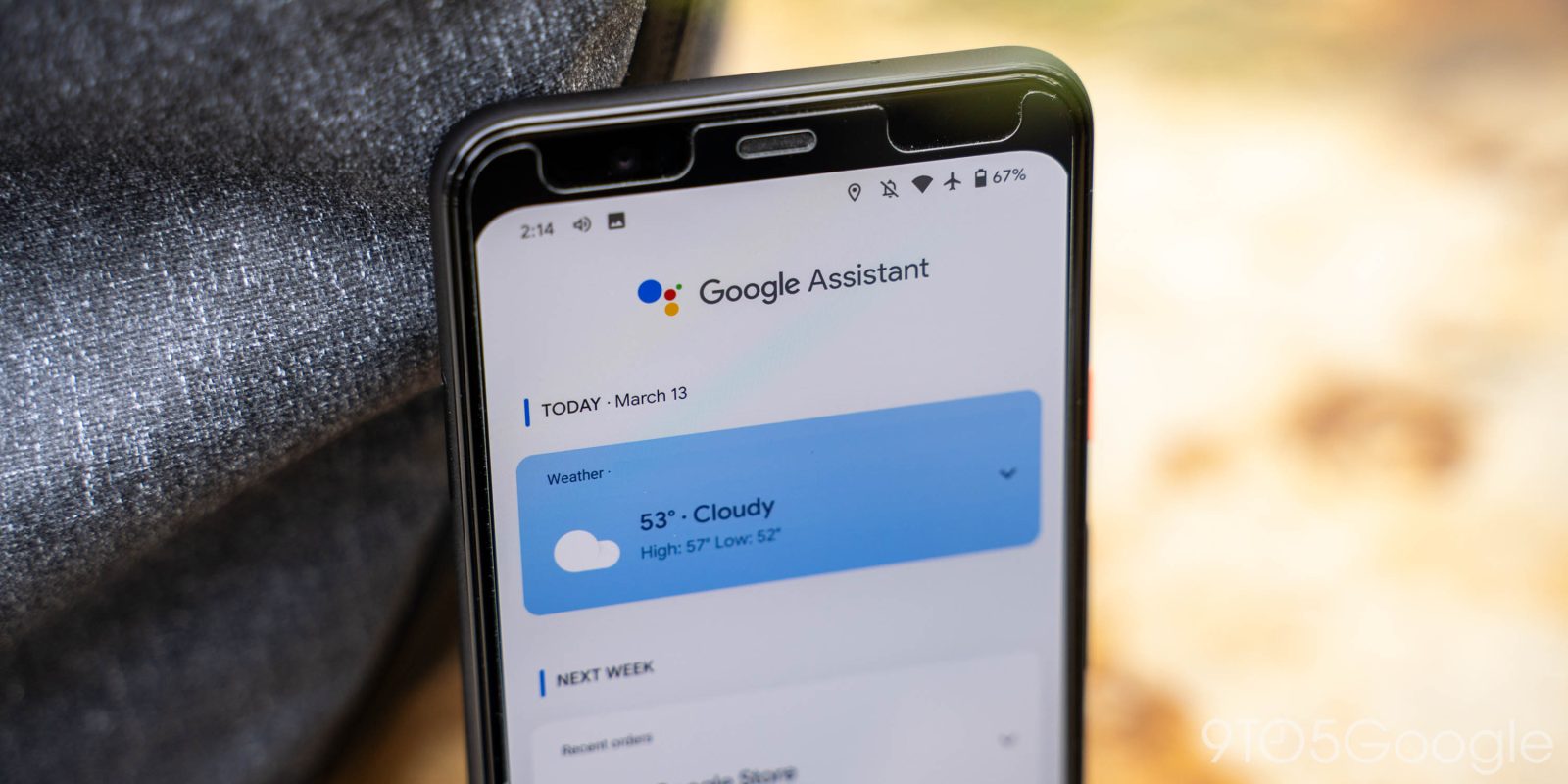 Back in 2018, Google added a “visual experience” to Assistant on Android and iOS that was inspired by Smart Displays. That “Updates” feed in recent weeks has seen a big redesign, and it’s now official for Google Assistant on iOS as “Snapshot.”

“Snapshot” is the new name for Assistant’s feed containing weather updates, calendar appointments, reminders, and more. Much of that functionality existed before, but there’s a new look and cards are organized chronologically.

“Today” always includes a forecast and will show upcoming events. By default, information is minimized for quick browsing, and expanding shows the hourly weather, address, ability to open Calendar, flight details, etc. There are also chips to trigger Assistant commands for adding new items or seeing all reminders.

Under “Now,” you might be prompted to resume an episode you were just listening to in Google Podcasts. “This week,” “Next month,” and “Later next month” are other time increments that could appear in the feed. There’s also “Other important things” for stocks and your shopping list, while “Suggested activities” near you can also pop up.

For most users on both mobile platforms, Snapshot widely rolled out to Google Assistant this month. An introductory prompt describes how you can “see all important things you need to get done in one place, add more, and see suggested next actions to accomplish them.”

Google made the redesign official on iOS today with an update (version 1.8.5003) to the Google Assistant app. There has yet to be an official acknowledgment of the feature on Android, while today’s App Store release notes just frame it as adding more functionality:

On iPhone, it’s the app’s default view, while Android users can swipe up after launching Assistant or open the Google app and tap the “Updates” tab. 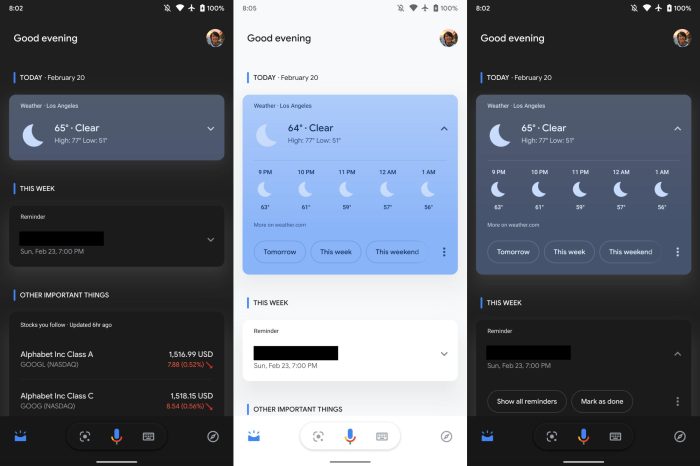