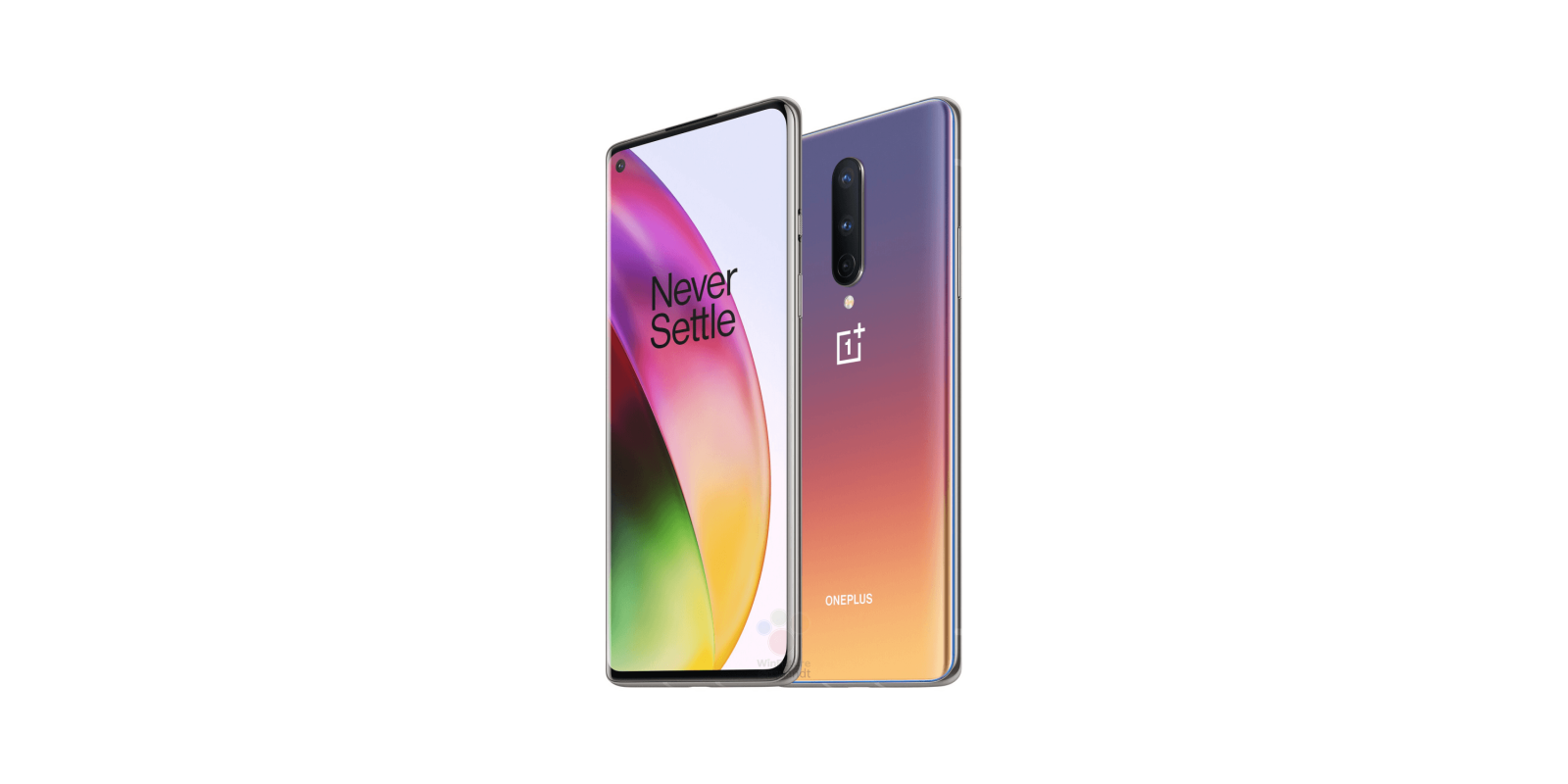 The OnePlus 8 series is set to debut in just a couple of weeks and in these past several days a ton of big details have trickled out on the web. This morning, a pair of leaks reveal some official renders of the OnePlus 8 series along with a unique new “Interstellar Glow” color variant.

WinFuture and Ishan Agarwal this morning both posted the biggest color leaks of the OnePlus 8 series. While no new specs, release details, or pricing were revealed alongside these renders, this is without a doubt our best look yet and what OnePlus has in the pipeline.

Starting with the biggest new details, the OnePlus 8 will have an “Interstellar Glow” color variant. This new paint job presumably shifts its look depending on the surrounding light, much like Samsung’s “Aura Glow” from the Note 10, just with what looks like more of a matte coating. Apparently, the color will be able to shift between shades of purple, red, and orange. Personally, I think it looks great!

Based on a previous leak, it seems unlikely this color will arrive on the OnePlus 8 Pro, though. It may only be for the more affordable OnePlus 8.

The regular OnePlus 8 is also pictured in a “Glacial Green” color in this latest leak, as well as its “Onyx Black” option. The latter option too appears to be glossy in texture where the other options are matte.

We’ll be getting more details about the OnePlus 8 series on April 15th if current reports are correct. If you had to pick right now, which color would you buy?