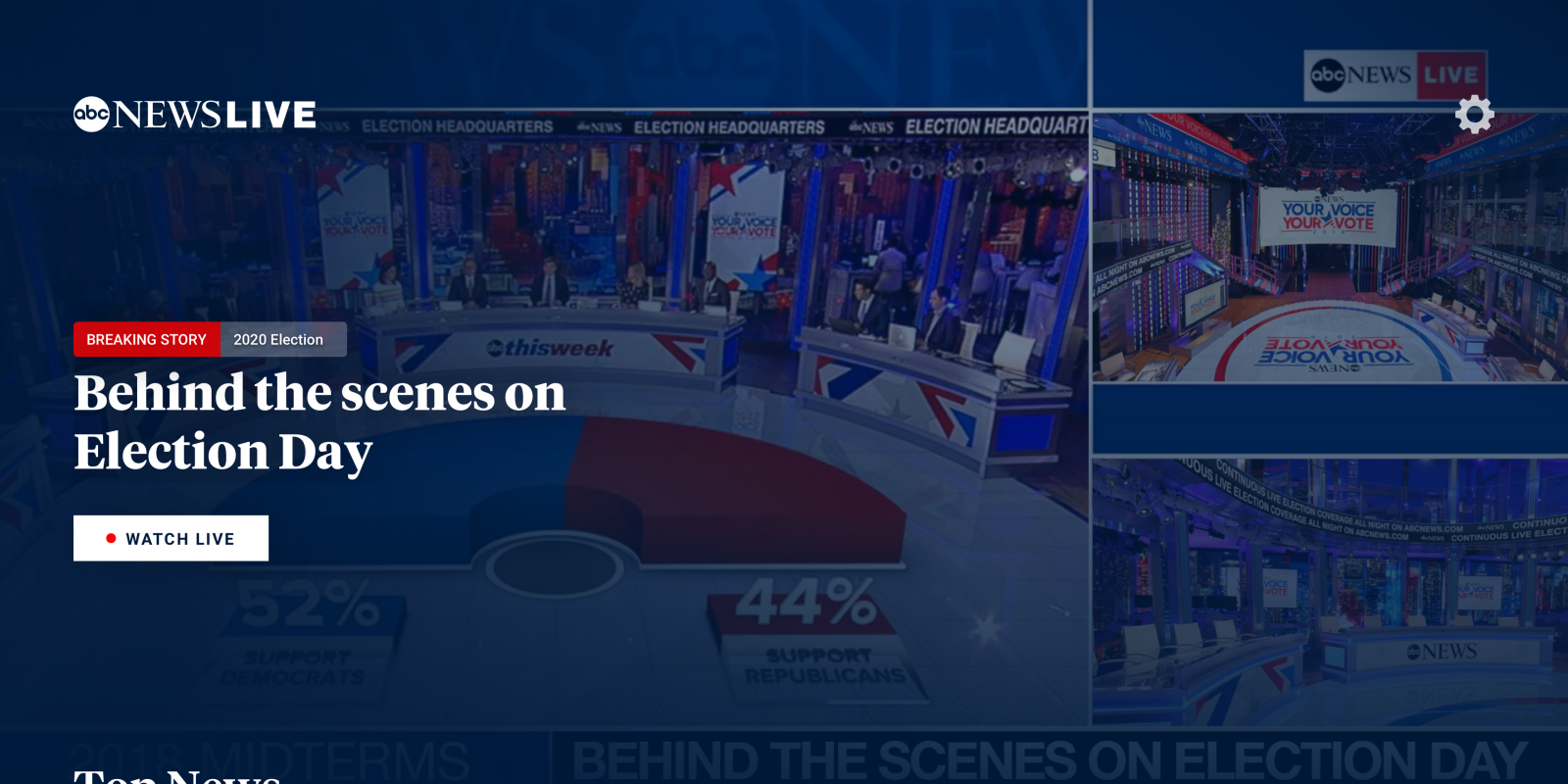 Right as it’s needed most, ABC News has been expanding the availability of its content on new platforms. Now, ABC News has launched its Live app on Google’s Android TV.

In a press release, ABC announced that its ABC News Live app is launching on Android TV and Amazon’s Fire TV platforms. The ABC News app, in particular, delivers a revamped interface with special reports on the COVID-19 pandemic as well as on-demand programming.

ABC News Live is already available through ABC’s mobile apps, The Roku Channel, Facebook, Twitter, and also some live TV services such as Hulu, Xumo, and Sling. However, these new apps for ABC News on Android TV and Fire TV should open up the outlet to a few more customers.

The redesigned app should be available on Apple TV and Roku later this month.

With a new user interface, enhanced programming guide and breaking news push alerts, the ABC News Live app allows users to easily find live updates and coverage of global events, political, health, business, entertainment and lifestyle news content, and more. The launch on Android TV and Fire TV will be followed by updates to the ABC News apps on Roku and Apple TV in mid-April that will include a change to the ABC News Live branding on connected TV platforms, an updated user interface and more. ABC News Live can also be found on The Roku Channel, Hulu Live, Xumo, Sling TV, Facebook, Twitter, , and the ABC News and ABC mobile apps.

Along with these new additions, ABC says that apps for “eight ABC owned television stations” will be launching native streaming experiences on Android TV, Apple TV, Fire TV, and Roku. These stations include: