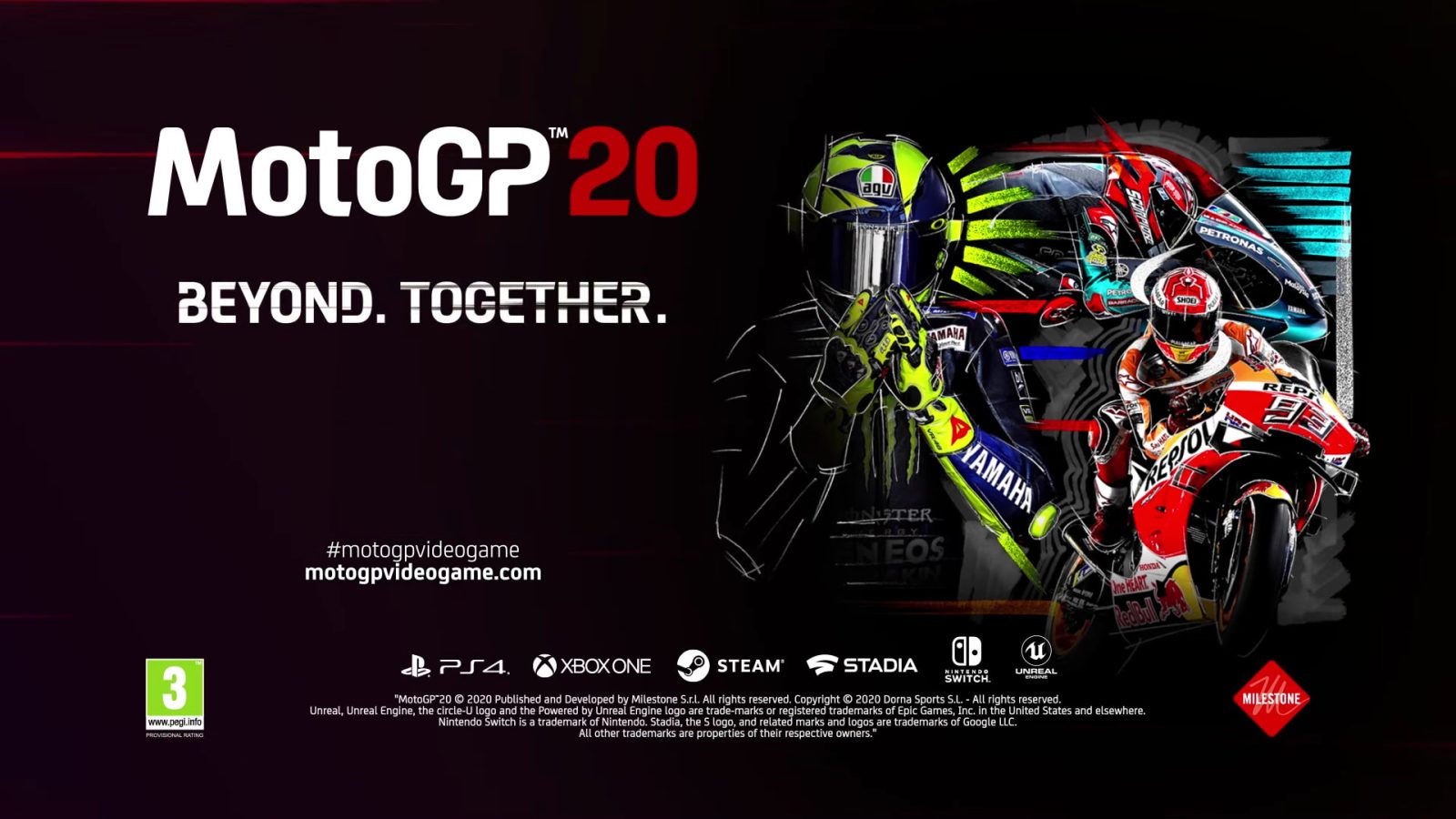 Earlier this month, Milestone Srl released Monster Energy Supercross 3 bringing the excitement of off-road motorcycling to Google Stadia. Today, Milestone is following that game up with MotoGP 20 a full motorcycle Grand Prix racing simulator, releasing on all platforms including Google Stadia on April 23.

At launch, one of the most valid criticisms of Google Stadia was its lack of games. While that’s still true to an extent, game developers have spent a decent portion of 2020 rectifying it for Google by launching a wide variety of games to Stadia. Just this morning we saw the announcement of four SteamWorld games launching on Stadia “soon.”

Today, Milestone Srl, the Italian studio responsible for Ride and Monster Energy Supercross 3, has announced the latest addition to its MotoGP series, MotoGP 20. Among the many platforms MotoGP 20 will be launching on, Google Stadia has also been included.

MotoGP 20 puts you right in the heart of the annual MotoGP series of Grands Prix taking place around the world later this year. To let players enjoy the races alongside their favorite riders, MotoGP 20 is set to release on April 23rd, just a few weeks after the 2020 MotoGP World Championship kick-off.

Update 4/23: While fans are, of course, still crushed by the cancellation of the first four races in this year’s MotoGP season due to coronavirus concerns, Milestone Srl’s MotoGP 20 game is finally here to fill the gap. You can now pick up MotoGP 20 on the Google Stadia store for $49.99.

Milestone is also particularly proud of the level of realism they were able to achieve with MotoGP 20.

Improved physics, with even more realistic and complex braking management. The tire has been divided into independent sectors for wear and temperature, and the fuel consumption can be managed with driving style and power maps. If you were looking for a challenge, this is definitely the one for you.