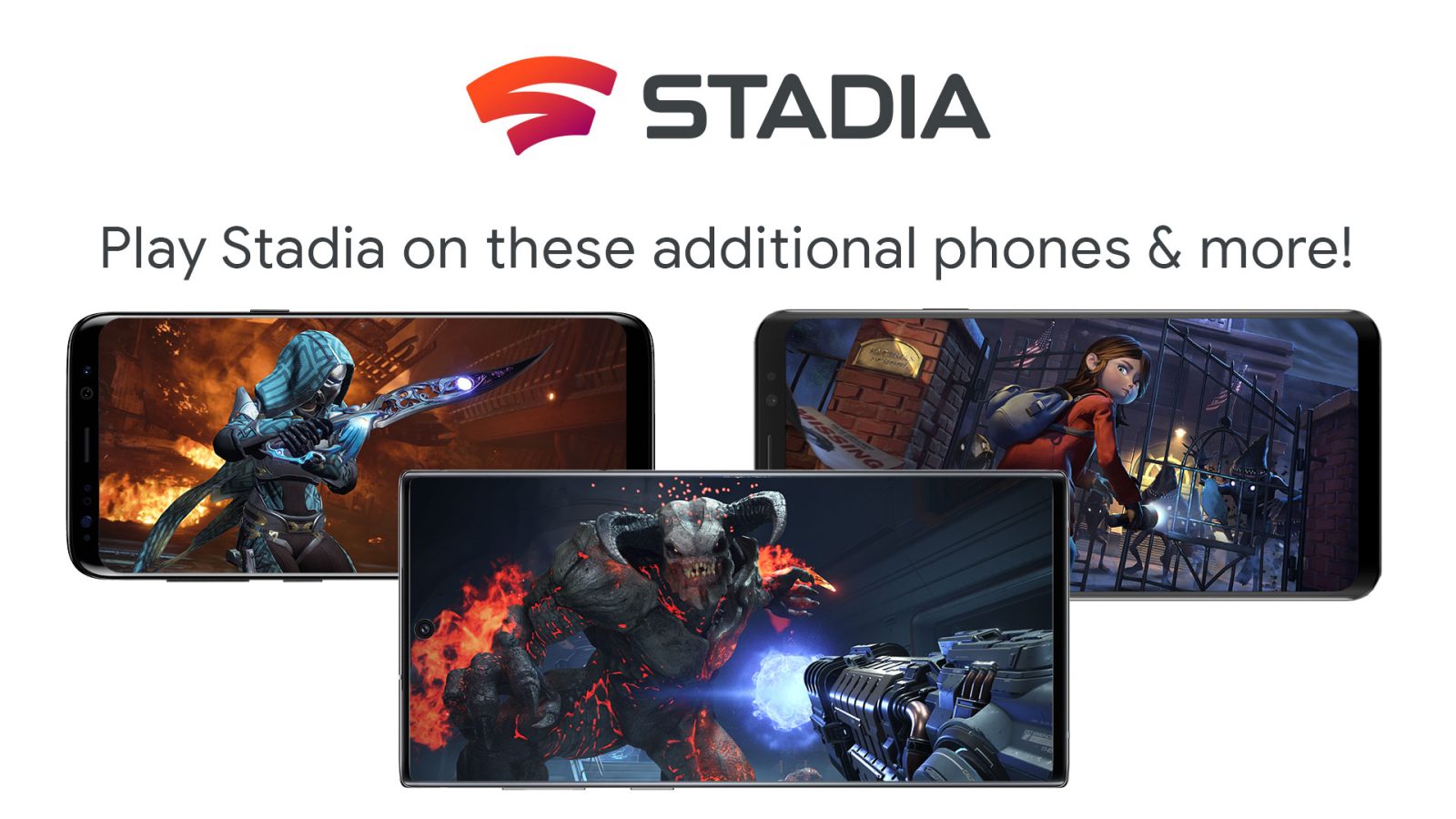 Back in January, Google laid out a three-month roadmap for Stadia. The first platform update sees the game streaming service become available on the latest Samsung Galaxy phones, and drop its Pixel exclusivity.

Update 2/19: A day ahead of schedule, Google this evening has fully rolled out Stadia support across the 19 Android phones announced on Tuesday. Completely server-side, no app update is needed and there are already many live reports.

Original 2/18: On February 20, Stadia will begin to add support for Samsung, Asus, and Razer phones. The latest addition is next month’s Galaxy S20 line, but the most significant are last year’s Galaxy S10 and Note 10 devices, as well as the older S9, Note 9, S8, and Note 8 families.

Meanwhile, the already gaming-focused Razer Phone and Razer Phone 2 will be compatible with mobile play, as well as the Asus ROG Phone and ROG Phone II. In total, Google says mobile Stadia gameplay is coming to tens of millions of new phones — across 27 devices in total —  with this week’s expansion.

Once support is live, selecting a game to play in the Stadia for Android app will show a “This screen” option next to Chromecast-connected TVs and stadia.com.

Playing Stadia on a smartphone still requires a Wi-Fi connection as the service does not yet support cellular connections. Additionally, the Stadia Controller has to be connected by USB-C cable, though most third-party accessories should work over Bluetooth pairing.

Stadia Founder’s Edition, Premiere Edition, or Buddy Pass is required, with expansion to Samsung and two other phone brands coming on the day that Google begins charging the first buyers $9.99/month for the Stadia Pro subscription.

The company has been testing gameplay on non-Pixel Android phones since early January. From Google’s phrasing, this sounds like a gradual launch that starts on Thursday and might not be available for all immediately. Next up on Google’s Q1 feature timeline is 4K, wireless controller, and Assistant support on the web.