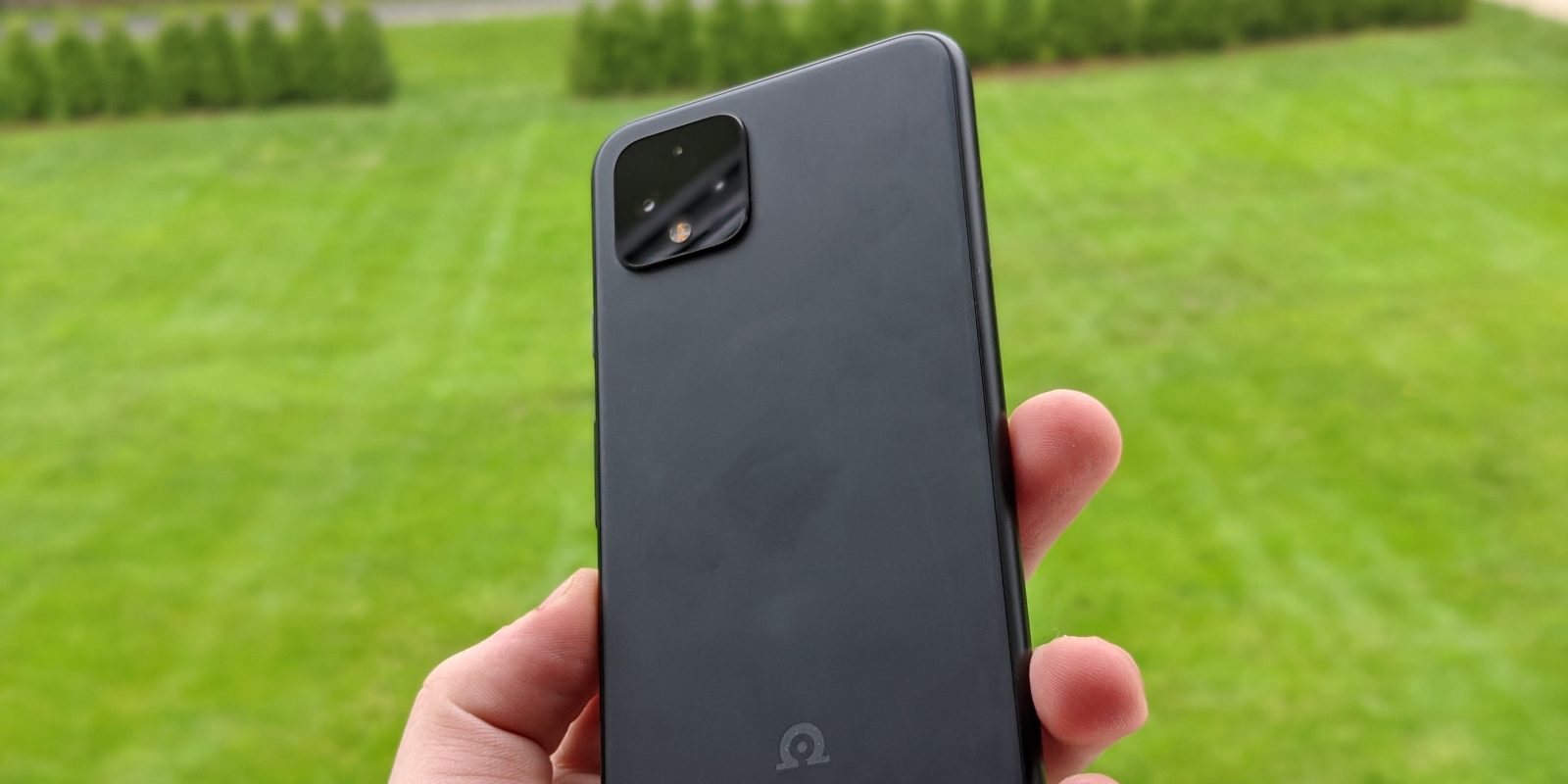 With the exception of the Pixel 2 XL, all Made by Google phones have been available in three colors. Google, undoubtedly, experiments with other color combinations every year, with a gray Pixel 4 XL colorway surfacing today.

Original 5/4: The prototype Pixel 4 XL leaked (via Twitter, XDA) on Chinese shopping site Taobao. Laden with stickers and identifying markers, the larger phone comes in a never-before-seen gray color. It’s clearly lighter than Just Black, while the power button is darker than the white one that’s used today. The back panel provides quite a nice contrast to the dark, glossy camera bump.

The frame, along with the volume rocker, is black and unchanged from the launched models. In terms of origin, we see several markers that reference “VZW” — Verizon Wireless — and internal Google links. One makes reference to “p19faceauth,” with the Soli sensor covered by a sticker instructing users not to remove “unless authorized.” Another asks users to first complete safety training.

The “engineering machine” is classified as an Engineering Validation Test (EVT) prototype that references the Coral codename. This Pixel 4 XL successfully boots and priced at ￥2699 ($382.16).

It’s ultimately hard to discern how close Google was to launching a gray Pixel 4 XL. This model could be nothing more than the color used during testing. Then again, the fact that the company took the time to theme the power button is somewhat suggestive.

If it was in consideration, Just Black beat it out. A lighter dark color harkens back to the original Pixel and Pixel XL’s Quite Black. After that, Google has always provided the straightforward black option. That appears to be continuing with the Pixel 4a, though Barely Blue will be the sole lighter option.

How would you name this gray Pixel 4 XL, sound off in the comments below?

Update 5/29: More pictures of this prototype have emerged courtesy of Max Weinbach. We clearly see the matte, fingerprint-prone nature of the rear cover, which “shows a lot of stains and marks.” In fact, the curved outline of a Pixel Stand is visible. That said, it looks very sleek.