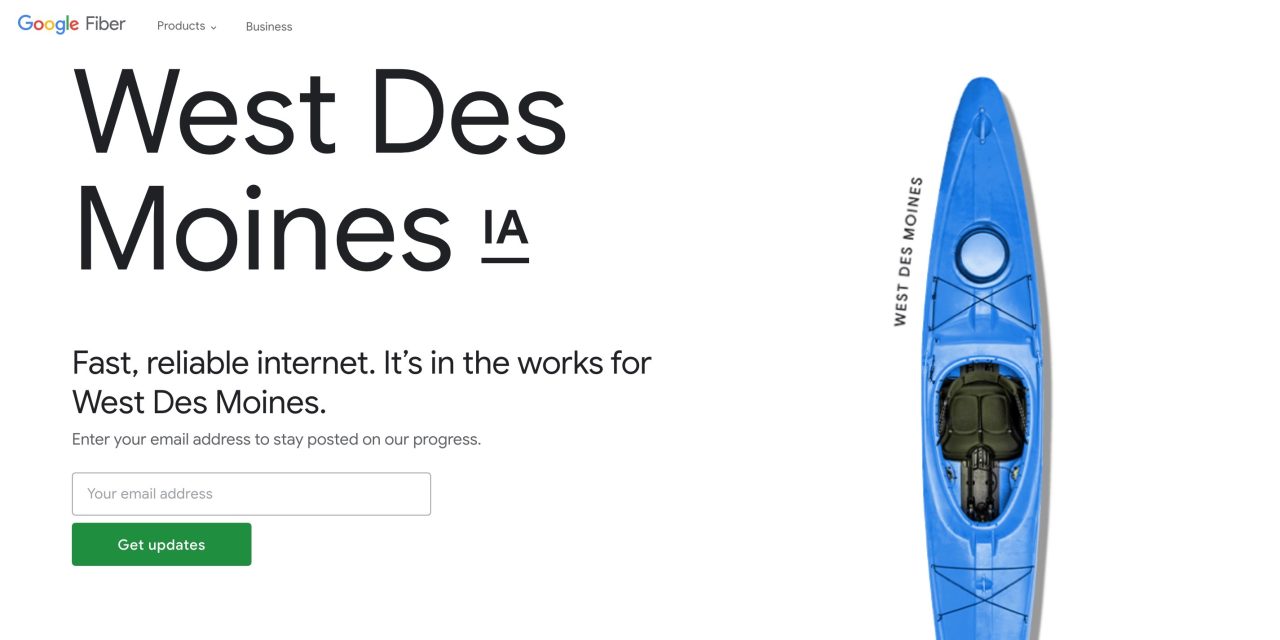 A decade ago, Google set out to disrupt traditional ISPs by building and operating its own fiber network. That grand vision did not pan out, but Google Fiber today announced its first new city in four years with West Des Moines.

West Des Moines, Iowa in 2016 set out to make sure local residents have “access to fast and affordable internet.” It’s achieving this through a public-private partnership where the city is responsible for laying down the underlying infrastructure. [Update: In this case, the city is handling the underground protective tubing for fiber cables.]

Google Fiber will be the “first tenant” of that network and city-wide internet provider. Google says municipalities are better at “building and maintaining infrastructure,” while it knows how to pull fiber, operate an ISP, and manage customers.

Municipalities like West Des Moines excel at building and maintaining infrastructure At digging and laying pipes under the roads, restoring and preserving the sidewalks and green spaces, reducing traffic congestion, and lowering construction disruption.

The West Des Moines City Council today officially approved a measure to build this “open conduit network.” The gigabit service will cost $70 per month when it goes live. There’s still a “ways to go” before the network and service launches, but residents can sign-up for updates today.

Google Fiber — which is not actually a part of Google but rather within Alphabet’s Access division — previously worked with Huntsville, Alabama on a similar lease arrangement. The company acknowledged today that in the past decade it has “made some mistakes,” like when it had to pull out of Louisville last year due to fundamental network issues.

As we’ve worked on these challenges, it’s become clear that communities should have more choice about how they get broadband — and from whom. Whether it’s provided by the private sector, the public sector, or through a combination of the two, there’s no one-size-fits-all approach to delivering the connectivity that people so desperately need.