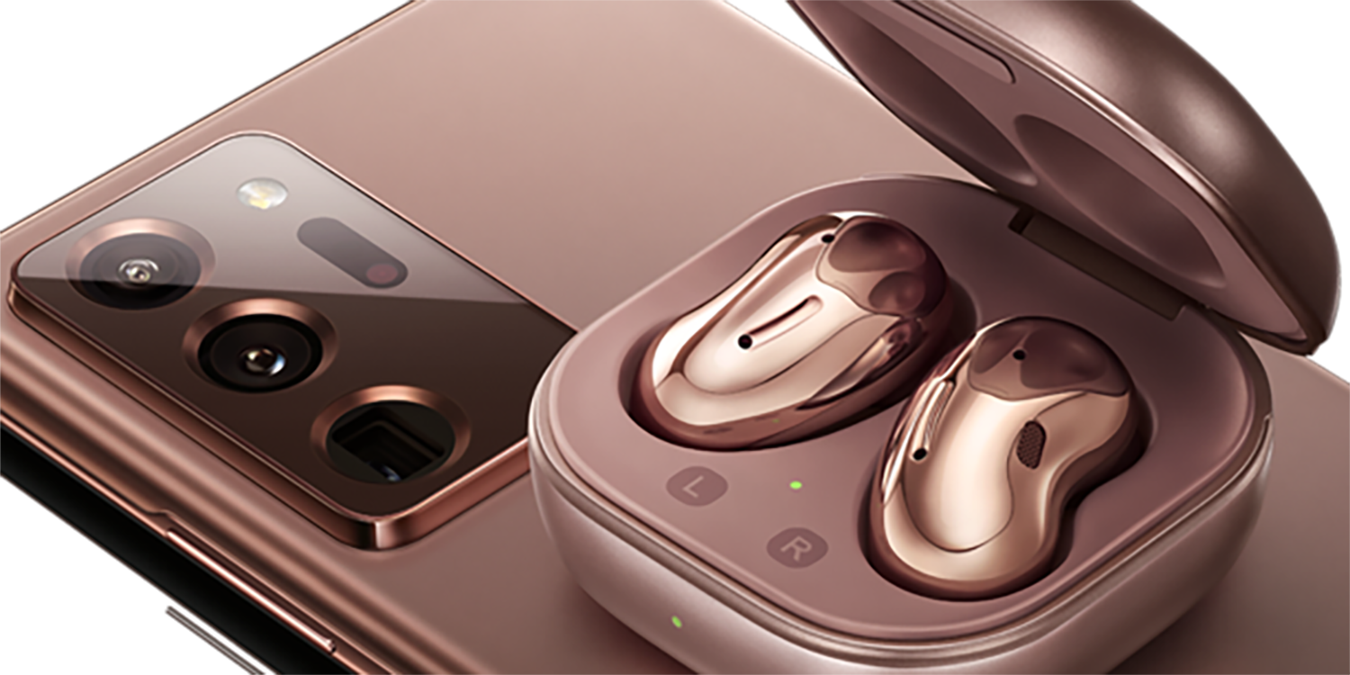 Samsung’s collection of upcoming products has been thoroughly leaked, as well as officially teased. Now, Evan Blass has shared another collection of Samsung Galaxy Note 20, Bud Live, Watch 3, and Tab S7 images to Twitter, with most showing off the Mystic Bronze colorway.

We know pretty much everything there is to know about these devices at this point, and previously shared renders have given us a pretty great look at all of the products too. Because of that, there’s not a ton new in this latest gallery, but we do get some of the best looks yet through this leak.

For one thing, we can really see the Mystic Bronze color highlighted heavily throughout Samsung’s catalog this year, with the above image of the Note 20 Ultra and Galaxy Buds Live both displaying the exact same shade of the color. Personally, this Mystic Bronze color is really starting to grow on me, especially as it’s been shown on the Galaxy Z Fold 2.

We can also see reverse wireless charging in action in that shot.

The only big detail added in this collection of images regards the Galaxy Tab S7. One image of that tablet slaps a “5G-ready” banner on the render. That shouldn’t come as a surprise, considering these tablets are packing Qualcomm’s latest and the Tab S6 also came in a 5G variant, but it’s the first confirmation we’ve had of the feature.

Samsung’s Galaxy Note 20 series is expected to be the showcase of the upcoming Unpacked event on August 5, but Samsung has also confirmed four other devices will be arriving that seem to be the Galaxy Buds Live, Galaxy Watch 3, Galaxy Tab S7, and the Galaxy Z Fold 2. Stay tuned for our full coverage.