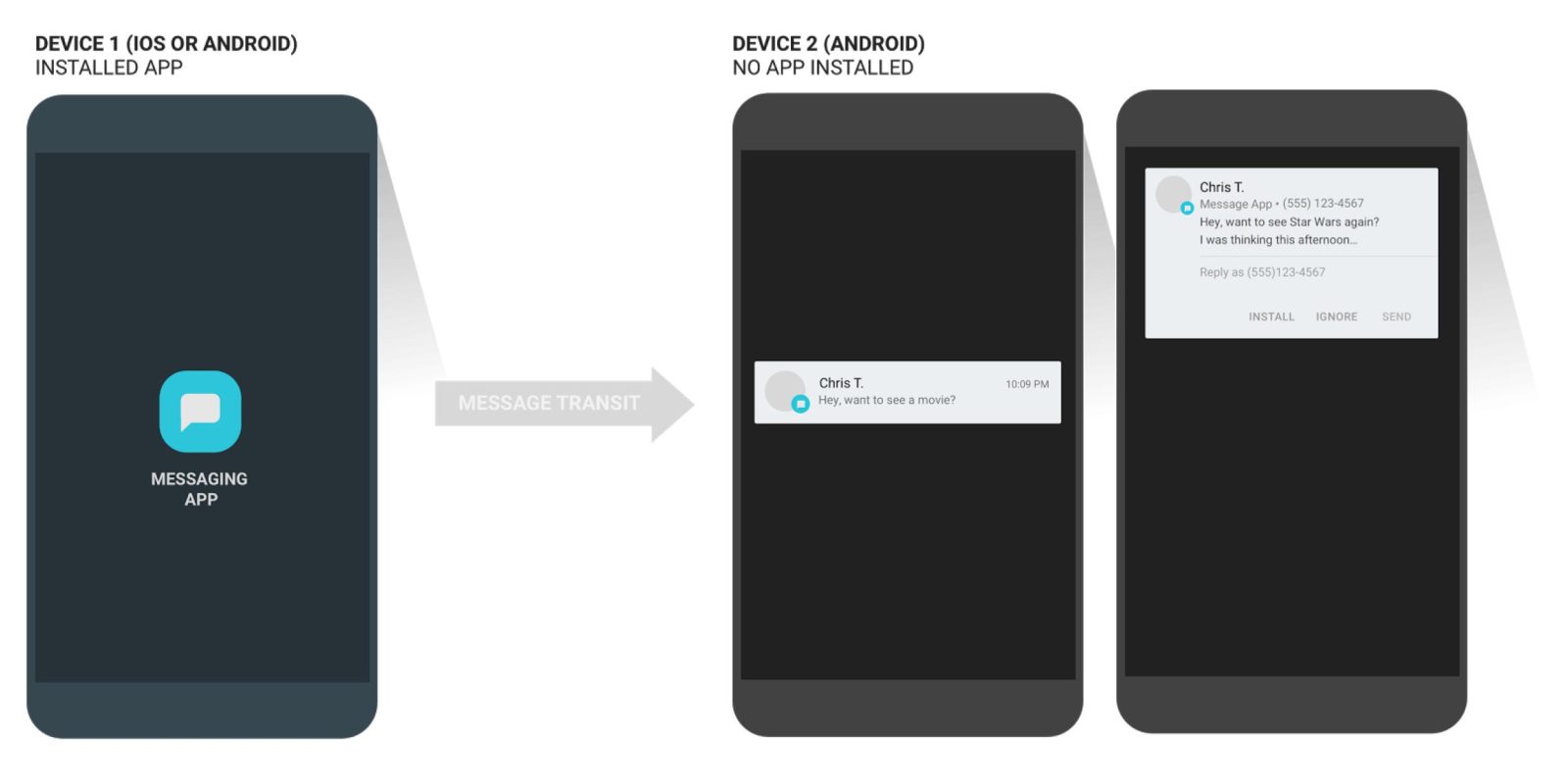 With App Preview Messaging, the person you’re contacting doesn’t need to have that app installed to receive a message. Available on Android, Google leveraged Play Services and the capability saw a notable launch with Allo and Duo. Google earlier this month announced that it has “deprecated” APM.

APM was intended to allow for communication regardless of app and greatly expand reach to anybody using Android. Of course, it was particularly self-serving to Allo and Duo at the launch of both services. For example, you could take an incoming Google Duo call even if the app wasn’t installed on your device. In the case of a messaging app, others could see your message and quickly reply back.

Notifications from APM were taller than regular Peek alerts but temporary. Any further communication required the full app to be installed. Besides those two messaging services, Google Photos leveraged for sharing images and videos.

The preview started in late 2016 and was supposed to expand to third-party developers over time. Google notes that the “program is complete” as of Q3 2020 and that end-user settings in Google Play Services will eventually be removed.

As an alternative, Business Messages in Google Maps, Search, as well as participating third-party sites are offered. The scale is wide, but it’s not the same ambition that Google tried to achieve with App Preview Messaging.