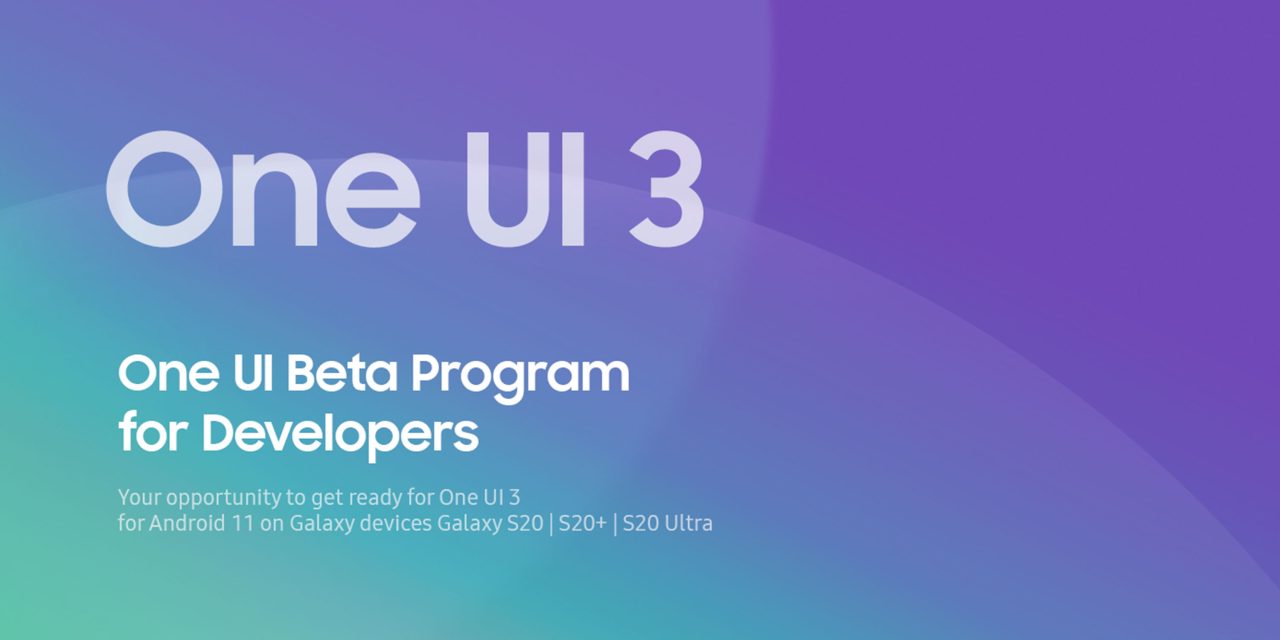 The Samsung One UI 3.0 developer beta program has now opened with registration available for developers looking to prepare for the full OTA — which is set to arrive sometime this fall.

We’re just seeing the rollout of One UI 2.5 for existing Samsung smartphone hardware, so the fact that One UI 3.0 is just heading into a developer beta phase one day after the full release isn’t necessarily a negative. However, it does hint that Samsung owners will have to wait a little longer to get the latest OS upgrade on their devices — which we hoped would have been resolved by now.

Open to all users, the One UI Beta Program is an opportunity to try One UI features before their official release. As you preview the new features and design, send us your feedback to help us create an exceptional experience for Galaxy users.

Registration is already open though for the One UI 3.0 beta, with a few caveats. You’ll need an eligible Galaxy S20 series device — S20, S20+ or S20 Ultra. At this stage, it’s only open for “approved developers” to “help ensure application store applications are compatible with the beta software before the public beta period.”

To help ensure application store applications are compatible with the beta software before the public beta period, approved developers can participate in a pre-beta phase. The pre-beta is open to developers in the Republic of Korea and the United States who want to perform compatibility testing with specific service providers and device models.

Now, this is more of a closed One UI 3.0 beta than one for the public, but the good news is that Samsung has directly noted a “public beta.” Hopefully, more devices are added, as eluded to in recent months, the S20 series has sold poorly compared to previous generations. With Samsung’s added 3 year commitment to OS upgrades, it would be a great PR move too.

Back to the One UI 3.0 beta, which is available in China, Germany, India, Poland, Korea, the UK, and the United States. To get started you need to sign up using your Samsung account right here.