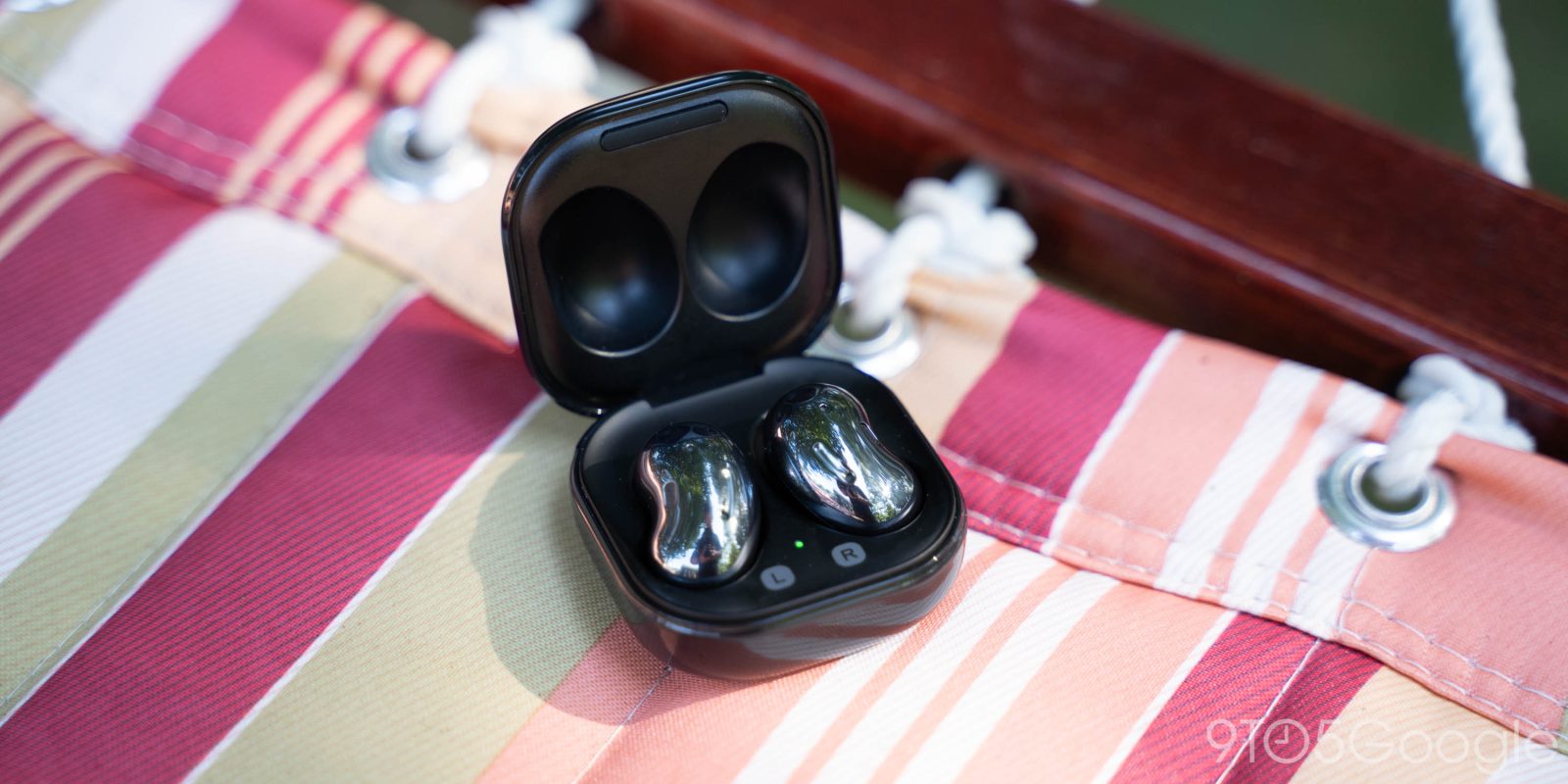 Earlier this year — but what feels like a century ago — Samsung debuted its Galaxy Buds+, a pair of truly wireless earbuds that refined a traditional design with new features and truly killer battery life. Just a few months later, the company has another new pair of earbuds to offer, and they’re the polar opposite in so many ways. Let’s talk about Samsung Galaxy Beans Buds Live.

Shaking up the design expectation, and succeeding!

Truly wireless earbuds are incredibly popular at this point, but in terms of design, it’s a sea of pretty much the same thing over and over again. You’ve either got AirPods clones or traditional earbuds. Samsung’s Galaxy Buds/+ took the latter route, but the Buds Live try something new entirely.

Look, this is a really weird design, but it also works so much better than it should. The curved design sits in your ear comfortably — at least for a few hours — and shockingly snugly. That is if the fit is right. This is a one-size-fits-all design, so, for some, they might prove to be a bit too big. There’s also no proper seal because of this design, but personally I’ve come to enjoy designs like that because it gives me awareness of the surrounding world and no annoying plugged feeling. For some, though, this will prove to be a deal-breaker. Another advantage of this design is that it sits pretty flush with your ear, meaning it doesn’t grab much attention.

The new design also still leaves room for touch controls. You’ll get the same taps and long-presses from the Galaxy Buds+, and for the most part, they work rather well. The only issue is that the touch area is at the top of the bud, which means it’s very difficult to adjust the position without also pausing your music.

The verdict on the design is a simple one to figure out. Is it comfortable? Yep. Does it still allow everything to sound good? More on that later, but yep! Does it have any considerable advantages? Yes, in my opinion, a couple. So, overall, this is just an absolute win.

The only caveat? The glossy design is… a bit much. For reasons unclear, Samsung opted to go for a mirror finish on the Galaxy Buds Live, which means they are impossible to keep clean. The Buds themselves always feel super oily, too. The problem is only made worse on the case, which is always covered in fingerprints. At least the case is slim enough to pass the jean-pocket test.

Sound quality is a reasonable question mark on Buds Live without trying them, so I’m here to report that they sound great. Even compared to the regular Galaxy Buds+, these sound extremely good given the pricing and open-world design. The audio is clear with pleasant lows and, while not powerful, a good amount of bass in certain tracks. Most people are going to be very happy with the sound here.

The only bad thing is something that literally everyone should have expected. Samsung pushed pretty hard over the fact that Galaxy Buds Live offer Active Noise Cancellation, but it’s an utterly pointless feature.

Active Noise Cancellation is supposed to be able to take constant, ambient sounds like street noise, airplane engines, etc. and lessen or eliminate them. Because of the open design, though, Buds Live can’t do that at all. Given the current state of the world, I couldn’t test this in the scenarios mentioned above, but even just sitting in my backyard there was absolutely no difference with the feature off or on. I get better noise cancellation out of my Google Pixel Buds, which have a seal but also have a vent that’s designed to let outside noise in. I just wish Samsung had left this feature out entirely and lowered the price as a result.

Best with a Samsung phone

Galaxy Buds Live also offer a feature-set that’s pretty much identical to the company’s other earbuds. The Galaxy Wearable app offers an equalizer to adjust the sound quality, you can have notifications read aloud, and touch controls can be customized to summon Bixby, change the volume, start up Spotify, or toggle ANC. You can also use a “find my earbuds” option in the app and enable features such as “gaming mode.” There’s also a new feature that allows you to start Bixby with a hotword which is… a choice.

It’s a simple but solid set of features. The thing is, though, that this all works best when paired to a Samsung phone. There, you’ll get a pop-up when the Buds connect showing battery levels. You’ll also have the Galaxy Wearable app pre-loaded and set up on a Samsung device, making the pairing process much quicker. On other Android phones, you’ll have to download quite a few apps to get going, which is always super frustrating.

It’s pretty difficult to compare any earbuds to Samsung’s Galaxy Buds+ when it comes to battery life, but the simple fact that these are both from the same manufacturer means we have to. Galaxy Buds Live pale in comparison to Buds+ at around six hours on a charge, but that’s pretty much standard to everyone else.

In my testing of Buds Live, I never killed the battery in a single charge because, frankly, I couldn’t wear them for six hours straight without them getting pretty uncomfortable. Still, in my use, that figure seems to be about accurate with ANC on pretty much all of the time. When it did come time to charge, I appreciate the magnets that help line the Buds up inside of the case and the fact that the case offers wireless charging.

Galaxy Buds+ are better for most people

For a person like me, I think Galaxy Buds Live are great. I like the sound quality, enjoy the open-world design, and appreciate the design. For a whole lot of other people, though, Galaxy Buds+ are going to be a much better choice. They’re cheaper, offer better noise isolation, and sound just about as good with all of the same features.

At $169, Samsung kind of shoots themselves in the foot with Buds Live. Only people who find this product perfect for their needs will consider them because, really, Buds+ offer everything and arguably a little more for considerably less money. At least, until the inevitable sales start.

If you want to buy Samsung Galaxy Buds Live, sales are open from the retailers listed below.