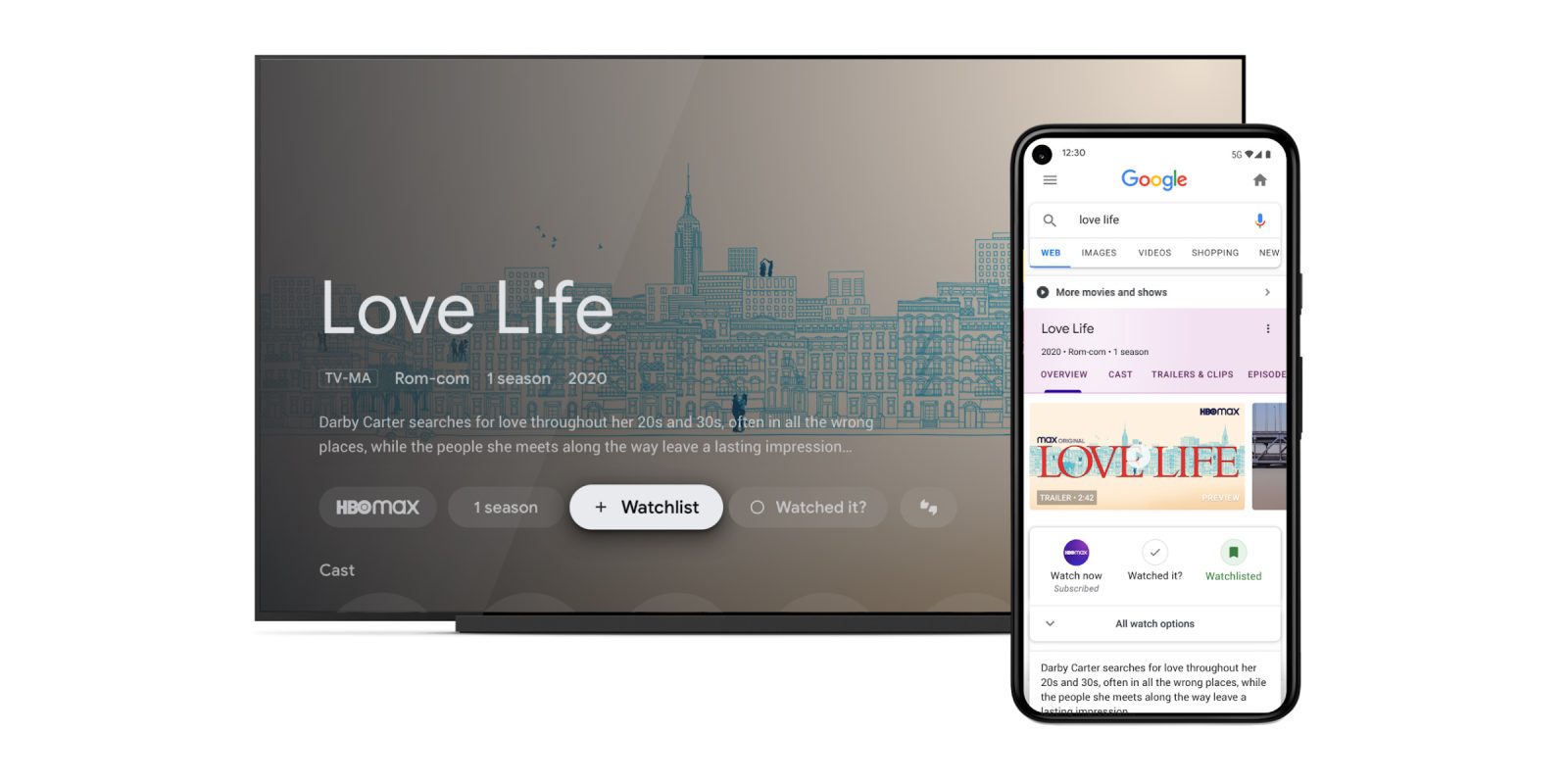 Today, Google announced a new Chromecast and a new platform for the TV, the Android-based Google TV. Along with that, however, Google is also announcing a big change to how it handles your movies and TV shows. The new “Google TV” app starts rolling out today, replacing Google Play Movies and adding new features.

In a world with way too many streaming services, Google has put together a new app to help you manage it all. The new Google TV app shares its name with the new platform powering the company’s latest Chromecast but serves a few more functions than just being a smart UI for your TV.

The Google TV app is essentially a content aggregation app. It can pull movies and TV shows from different services including Netflix, Hulu, Disney+, HBO Max, and others and put everything in one place. If you search for “Black Panther,” you’ll be able to stream it from Disney+, Sling TV, or YouTube TV as well as from your library if you’ve purchased the film on Google Play Movies. Searching for “Game of Thrones” will pull up HBO Max and other sources.

A key part of the Google TV experience is the “Watchlist.” Google has been building out its watchlist feature on Search for a while now, and Google TV directly integrates those results both in the mobile app and on your TV. If you add something to your watchlist on your phone or through Search on a laptop, it’ll show up on your TV when you turn that on. Google will also recommend content based on what’s on your watchlist.

Perhaps the most important bit of information here is that Google TV will be replacing Google Play Movies & TV. This won’t happen immediately, but it starts today on Android devices as the Play Movies app will be updated to the new Google TV app. You’ll still be able to buy movies and TV shows and add them to your Google account, and they’ll still work on the Play Movies apps on iOS, Roku, and other platforms. Google hasn’t announced its plans or a timeline on what will happen to Play Movies on other platforms just yet.

Notably, this is also why the new Google TV platform on the updated Chromecast doesn’t have a Google Play Movies app. Instead, a “Library” tab in the UI holds all of your movies and TV shows.

Personally, I’m liking what this new Google TV app brings to the table. Instead of just selling you digital content, Google makes it easy to organize and find where to watch your favorite movies and TV shows based on what services you have.

This might save you money at the end of the day, and at the very least, it has the potential to be a really useful tool for finding and saving new content. In a pandemic-ridden world, that’s something we could all take advantage of.