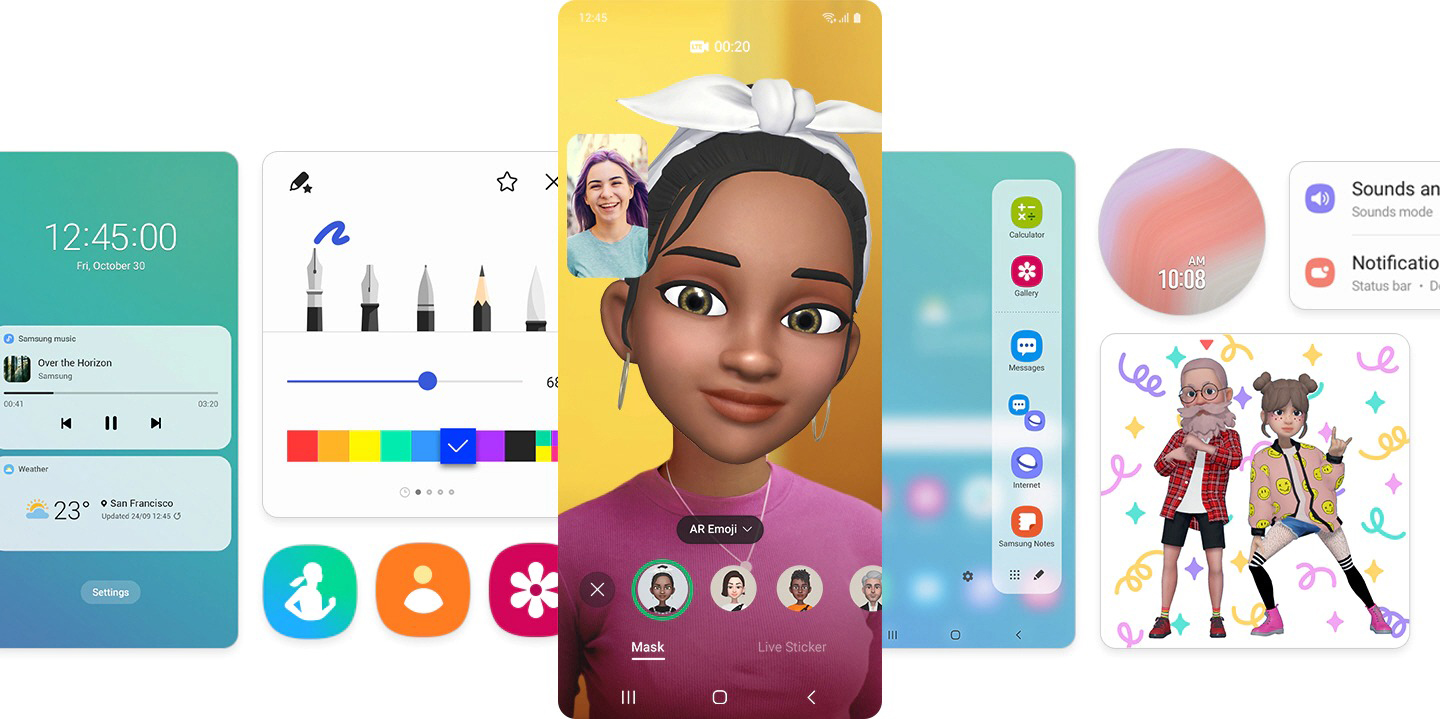 Android 11 has started rolling out to some devices and brings its own slew of features and changes, but Samsung is also working on One UI 3.0 which brings even more to the table. Ahead of a wider launch in the coming months, Samsung is now detailing a few of the features coming to its phones with Android 11.

On its Malaysian website, Samsung has revealed several previously unknown features that will be included in One UI 3.0 (via XDA). Perhaps the biggest changes come to the lockscreen. Of course, Samsung is adopting the new universal media handler in the quick settings panel, but notification upgrades also arrive such as the Conversations view. Information cards are also coming to One UI with details such as weather, calendar, and more.

Beyond that, the lockscreen is also upgrading its “Dynamic Lock” feature. In One UI 3.0, Samsung will include an “abundant pool” and more categories of lockscreen images. Further, Dynamic Lockscreen will be enabled on Galaxy Tab devices.

Another addition to One UI 3.0? AR Emoji video calls. This feature may not be available on a worldwide scale — Samsung favors Google Duo in the US — but in regions where it is available, Samsung replaces your face in a video call with an AR Emoji that imitates your facial expressions.

Take joy in communicating with your friends and colleagues. With One UI 3, full-screen video calls are supported. Also, AR emoji masks that imitate your facial expressions make video calls more fun and enjoyable.

Samsung also notes that with this updated version of One UI, the Galaxy Z Fold 2 and other foldables will benefit from improved scaling and better use of space on the larger, inner display.

Designed to be optimized for screen size. One UI makes your Galaxy Z Fold2 experience even more special. When unfolded, your apps adjust to the Main Screen, which opens up an immersive and enjoyable experience. When folded back, they adjust again for a seamless transition.