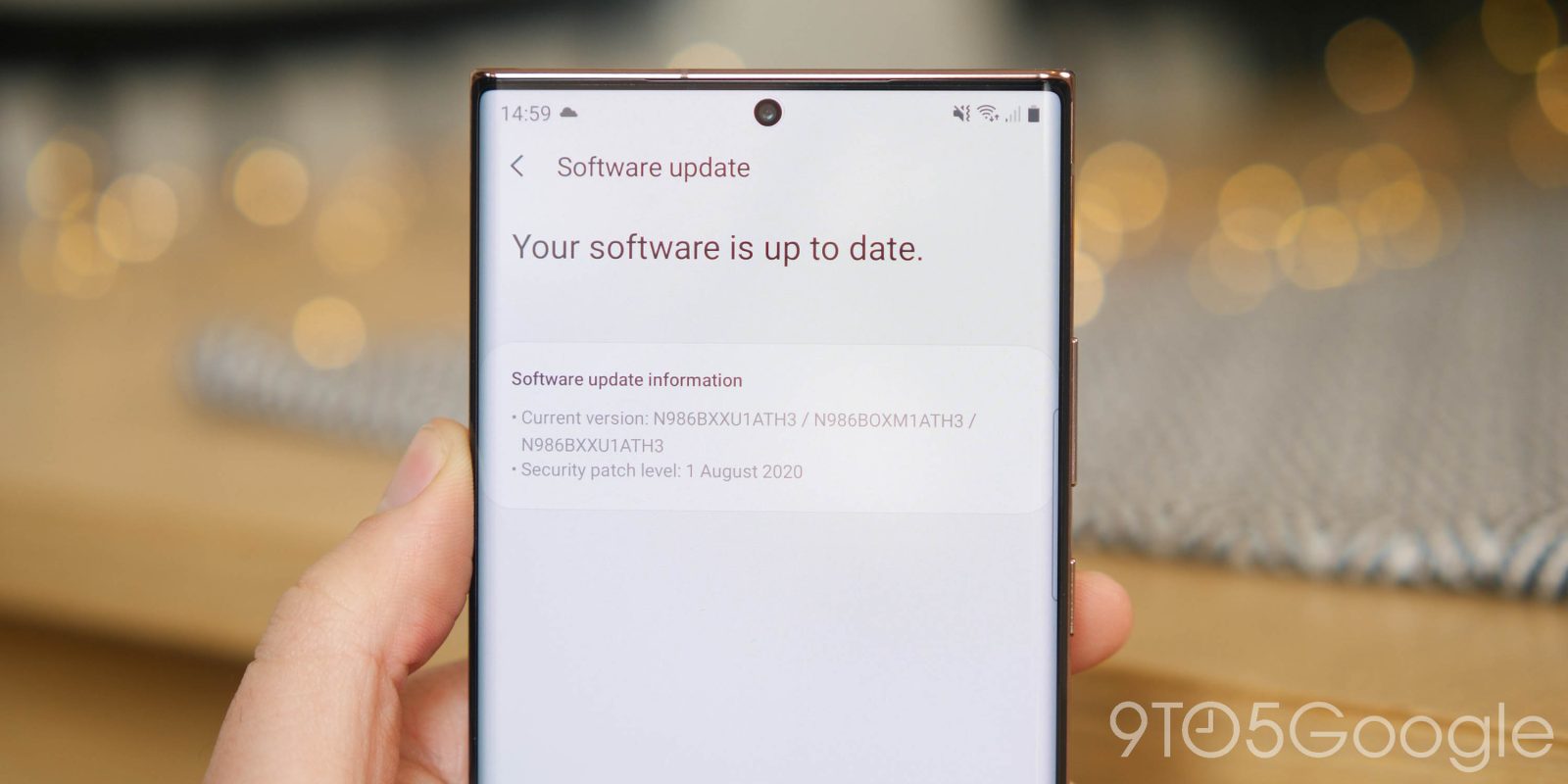 The November 2020 security patch is now rolling out for a slew of Samsung devices including the Galaxy S10, S20, Note 10, and recently released Note 20 series.

While expected, the promptness is always a bonus if you highly value security patches on your Samsung smartphone. Given how expensive the flagship Galaxy lines have become in recent years, getting updates earlier than expected or on time is a nice added extra. Now if Samsung can just turn that into on-time OS upgrades, they might become the “go-to” Android devices for true enthusiasts.

For those with either the Galaxy S10, S20, Note 10 or Note 20 series, you should already (or very soon) see the November 2020 security patch rolling out in your respective region (via SamMobile). That covers the four “big” Samsung flagships released over the past 24 months and is usually a good sign that other hardware will be getting updated in the coming days and weeks.

Unfortunately, for those hoping for One UI 3.0, this ain’t it. The patch is simply packing patches for all of the system-level flaws detected as part of the November 2020 update. We’ve yet to learn what the official rollout timeline will be for Android 11 on Samsung Galaxy hardware, but let’s hope we’ll get an indication of when to expect device updates soon.

If you do own the Galaxy S10, S20, Note 10, or Note 20, you should definitely head to your Settings > System updates panel and check if you do have the November 2020 security patch waiting to be downloaded.