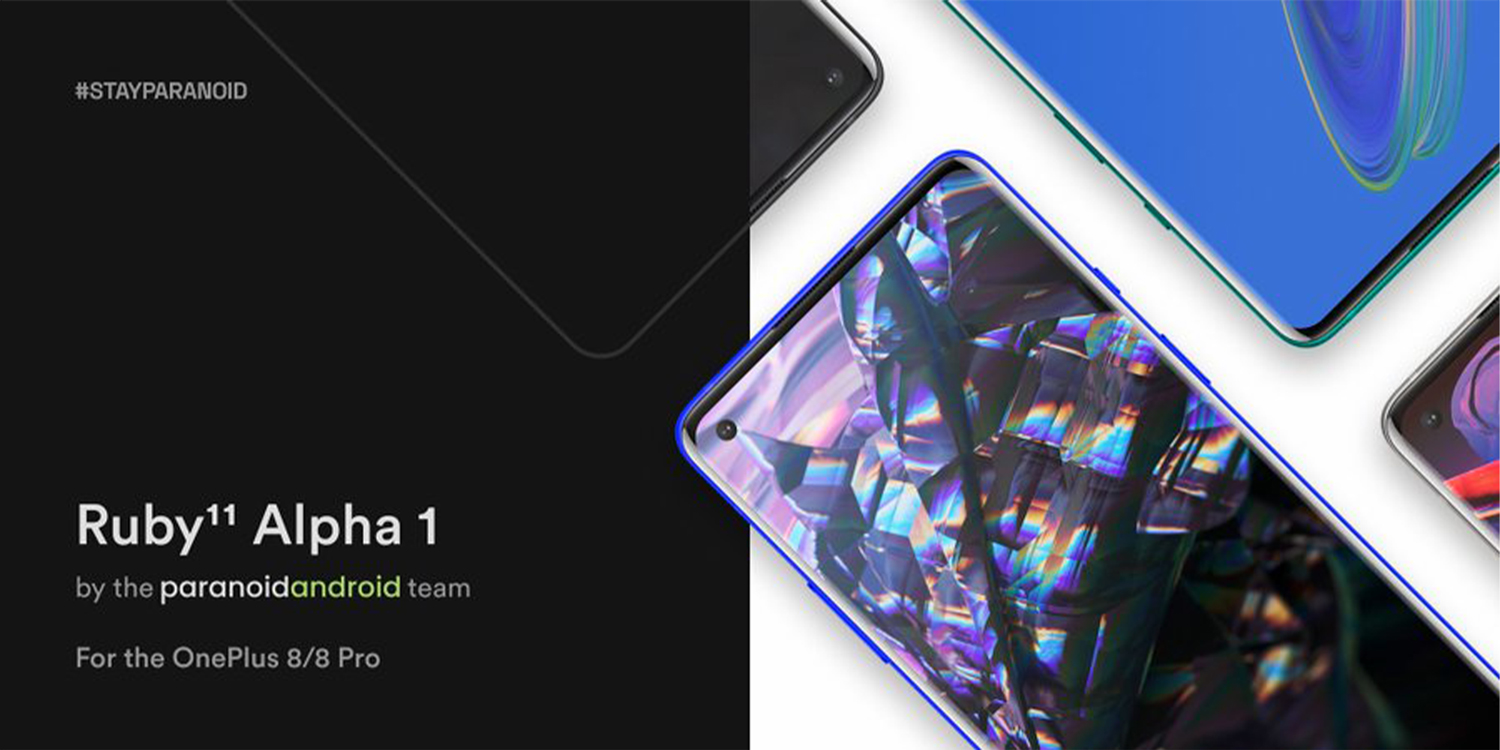 The team behind the Paranoid Android ROM has now announced that its Android 11-based “Ruby” update is now available in alpha for the OnePlus 8 and 8 Pro.

With Android 11 ROMs being few and far between — even just a few months after the official launch — it’s still neat to see bigger custom ROM developers jump on board as soon as they are able and get working builds out for popular devices, such as the OnePlus 8 series.

The official Paranoid Android Twitter account confirmed this Android 11 “Ruby” ROM is now available for any intrepid OnePlus 8 and 8 Pro owners that want yet more control over their daily smartphone experience. Even despite being in development for a while, the Alpha build even includes the November 2020 security patch, too.

Of course, with this being an Alpha build, you may encounter some issues. The team confirmed that the following issues are known when running on your OnePlus 8 or 8 Pro:

No word on if or when we might see more Paranoid Android builds based upon Android 11 be available for other OnePlus devices or, indeed, other hardware entirely. To download and get started, you’ll need to head over to the official XDA Forum pages where you’ll find in-depth guides and tutorials on how to get this first taste of the Android 11 flavor of Paranoid Android on your OnePlus 8 series device.

It’s worth noting that current Paranoid Android builds based upon Android 11 are not yet compatible with the OnePlus 8T, and is limited to the OnePlus 8 and 8 Pro for now.