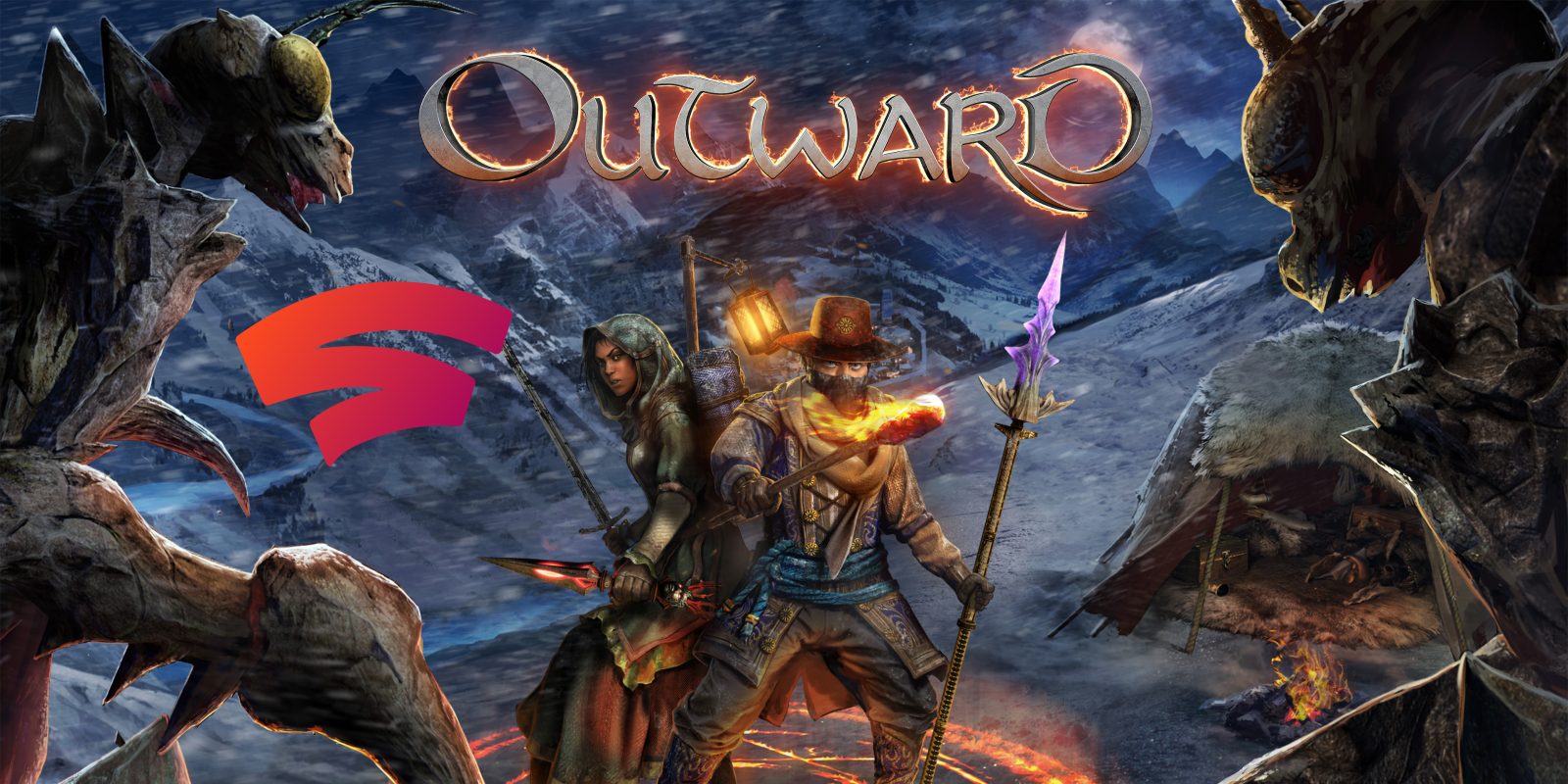 Over the next couple of years, Google says a whopping 400 games are coming to its Stadia platform, and today a new title has arrived unexpectedly. The latest addition to Stadia is the open-world RPG Outward.

Published by Koch Media who also produced Dead by Daylight, Windbound, Kona, and the Metro series to Stadia earlier this year, Outward is an RPG that sees players trying to survive in an open world. The game was first released in March of last year on PC, PS4, and Xbox One to mostly positive reviews from players.

Outward offers an immersive RPG experience coupled with realistic gameplay, as well as deeply-rewarding challenges for the most avid gamers.

As an ordinary adventurer, you’ll not only have to hide or defend yourself against threatening creatures, but also brave the hazardous environmental conditions, protect yourself against infectious diseases, and stay hydrated. Embark on risky expeditions across untamed lands to reach new cities, undertake important missions, and discover hidden dungeons crawling with formidable enemies.

Outward costs $39.99 on Stadia, the same price you’ll find on other platforms. Notably, though, the game often goes on sale. Currently, it’s just $19.99 on Steam as a part of the store’s Black Friday/Cyber Monday sales. Weirdly, Outward isn’t included in Stadia’s extensive Black Friday sales that are still live, but that may simply be chalked up to the awkward release timing. Typically, new Stadia releases debut on Tuesdays and Thursdays, but Outward arrived today with no warning.

On Stadia, that price gets you the base Outward game along with the add-ons of the Pearlbird Pet and the Fireworks skill.

Embark on your adventure with your loyal friend! With the skill included, you can light up the sky with fireworks and enjoy a quiet night with your pet in the rough realms of Aurai!