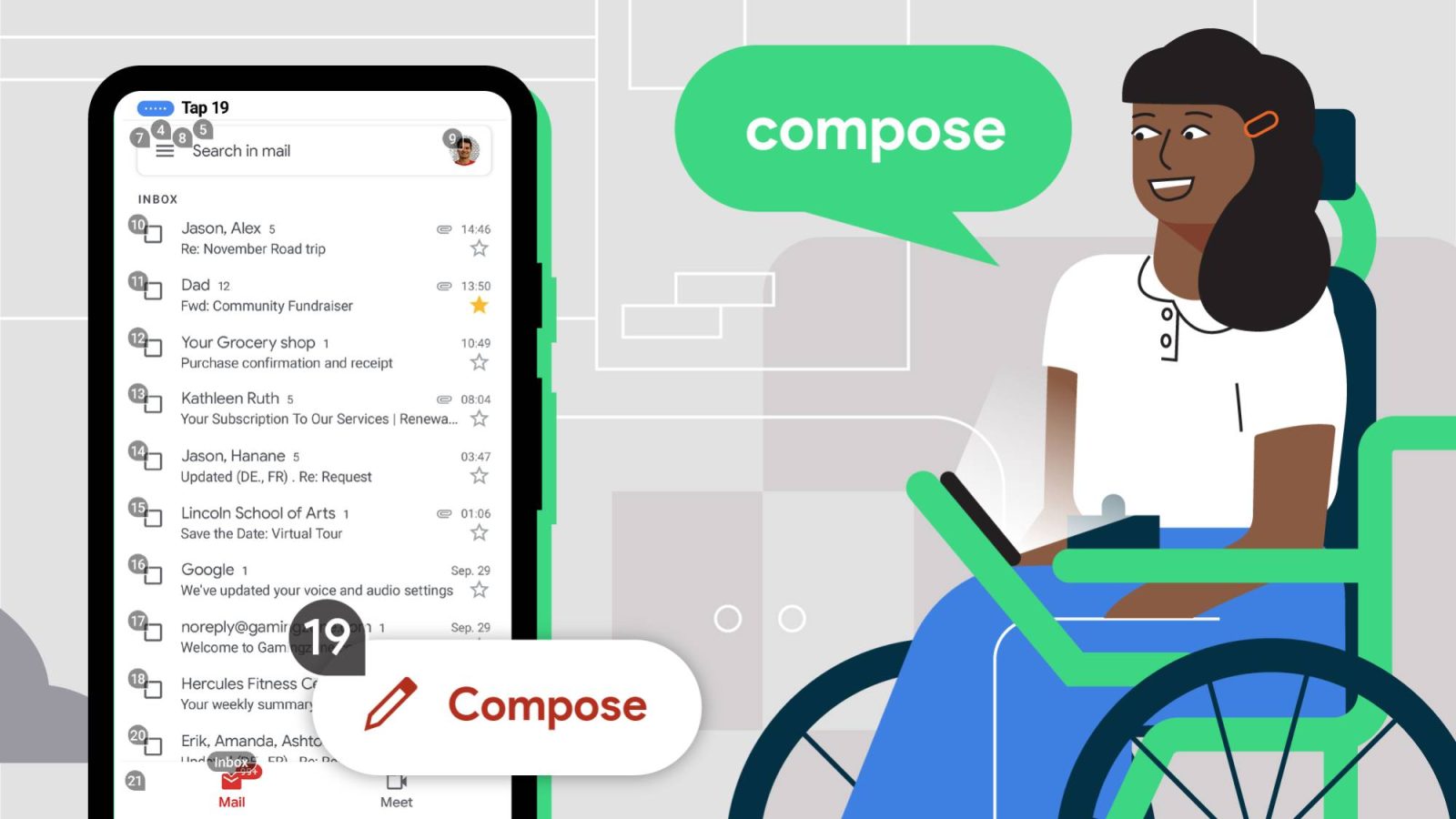 Google has baked some very useful accessibility features into the Android operating system over the years, and one of the most recent is “Voice Access.” That feature was supercharged with the debut of Android 11, and now those additional features are being brought to older Android versions.

“Voice Access,” for those unaware, is an Android feature designed for users with motor-related disabilities, but it can be useful for anyone in scenarios such as while cooking or when a hand/finger is broken.

When activated, Voice Access allows near-full control of a smartphone using only a user’s voice commands. This is traditionally accomplished using numbers on the screen, but Android 11 added the ability for natural language to be used. For example, a user can say “open Twitter and tweet [insert tweet]” and Voice Access knows exactly what to do. Demos from earlier this year showed just how powerful the functionality could be.

Now, Google is bringing that same machine learning-powered functionality back to older versions of Android. On Android 6.0 to Android 10, users will be able to use the natural language version of Voice Access in a beta form starting today. The new functionality will be delivered through an app update.

Built for people with spinal cord injuries, ALS, paralysis, and other motor disabilities in mind, Voice Access makes it easy to use and navigate your phone by speaking out loud. Now using machine learning technology, Voice Access can understand voice commands and interface labels. For example, you can now refer to the back and more buttons, in addition to many others, by name when making commands. This makes navigation convenient and hands-free, using just your voice. Previously rolled out on Android 11, this new version of Voice Access is now available globally on all devices running Android 6.0 and above. You can download Voice Access on Google Play and try the new version out in Beta today.