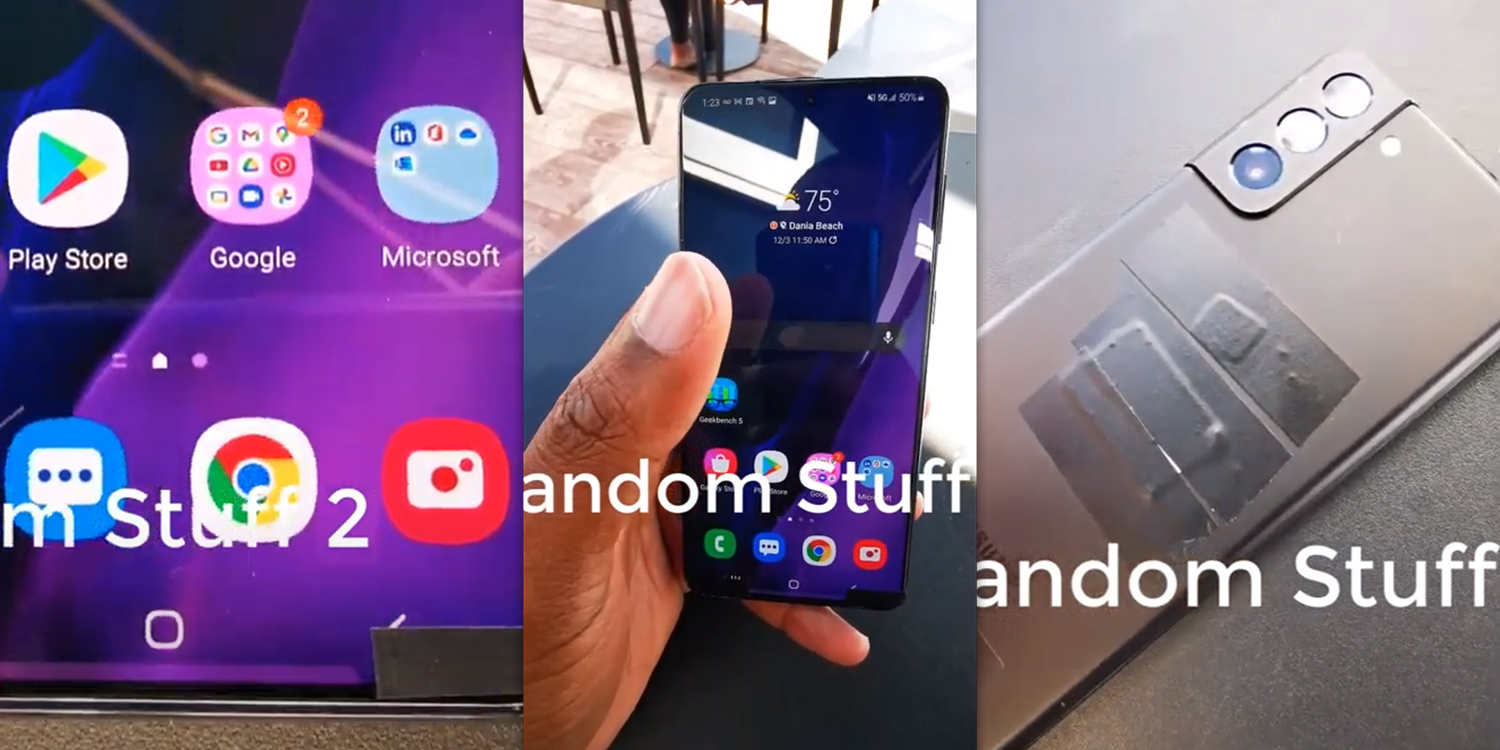 The war on bezels continues with Samsung’s upcoming Galaxy S21 series as a new video shows off the phone’s very slim bezels all around on the completely flat display.

Posted to YouTube today, this video depicts what appears to be the mid-tier Galaxy S21+ model, revealing quite a few details about the phone that we didn’t previously know.

Most importantly, we can get a really good look at the entire display in this video. We can see the Galaxy S21’s very slim bezels around the entire display, including the bottom which has traditionally had a slightly thicker bezel compared to the top and sides. It seems Samsung has finally fixed that on the S21 series, and equally impressively, that’s accomplished with a display panel that’s underneath completely flat glass. While we know the high-end S21 Ultra will have a curved panel, it’s truly awesome to see Samsung ditch that curve on the two mainstream models.

Beyond that, we also get a look at the back of the phone which has a matte texture. It’s a bit hard to see if that’s plastic or glass, and while it looks like the former, notorious Samsung leaker Ice Universe claims that it’s glass.

For those interested, the video also dives into benchmarks through Geekbench 5 which results in a single-core score of 1115 and a multi-core score of 3326. That’s a pretty huge jump from the Galaxy S20+’s scores of 830 and 3087. It’s also not that far behind the iPhone 12 Pro and its 1585 and 3924 scores. But also, these are just benchmarks scores and they don’t actually matter.