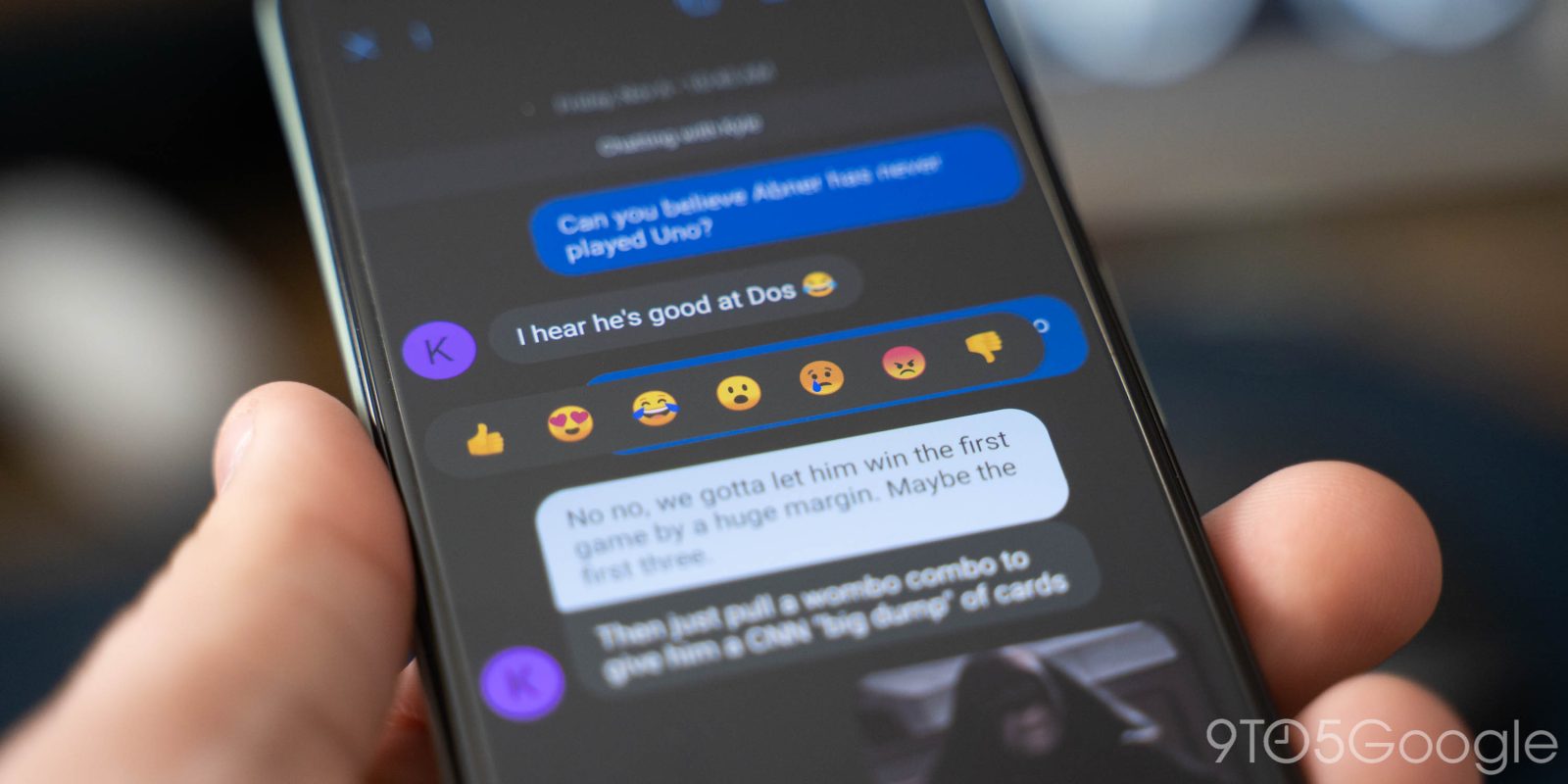 Back in May, Google added support for iMessage-like emoji reactions for Messages sent over RCS, but the web app lacked support. Now, that’s finally being rectified.

Over the past couple of days, the Google Messages web app has rolled out support for emoji reactions that closely mirror the Android app. On each message, a new emoji icon now appears alongside the message when you hover over it right next to the three-dot overflow menu. From there, you can simply pick the reaction you want and it’ll apply whether the user on the other end is using the Android or web apps.

Of course, you’ll have the same collection of emojis: thumbs up, heart eyes, laughing, surprised, sad, angry, and thumbs down. Unfortunately, there’s no slick little animation like the Messages Android app.

It looks like this functionality has rolled out widely for web users at this point, which is good news given the fact that reactions functionality rolled out to the Android version of Google Messages back in May, going official in June.