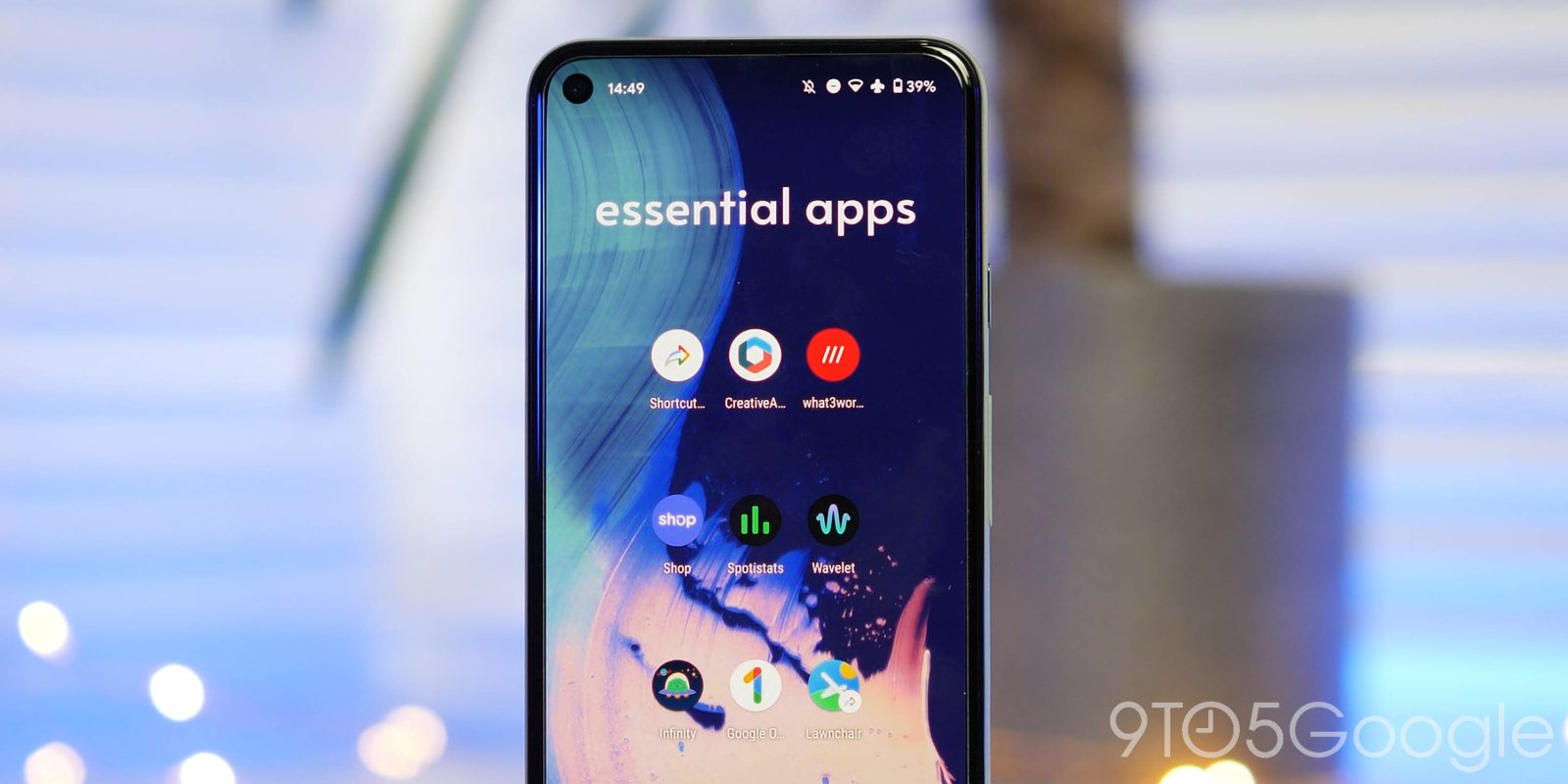 The idea that some apps are “must-have” or “essential” for your Android phone is bound to be subjective, especially with millions to mull over and choose.

You might have picked up a brand-new Android smartphone or been lucky enough to receive one as a gift over the holiday period. Getting the most out of your most important everyday companion is one that we are hoping to help you maximize with some of our personal favorites.

That said, if you’re new to Android, while these apps might be useful, they are aimed toward the true power user. They’re for someone who knows more than the basics and wants some apps that will help them get more from their smartphone or just want some inspiration, having scoured the Google Play Store. It’s also worth noting that all apps we have collated are free, but may include certain in-app purchases.

Track all of your packages in one place with Shop

Over the past year, Shop has been a really useful home for package tracking, at least for me. It’s actually powered by the popular e-commerce platform Shopify, which doesn’t necessarily mean a great deal, but it’s from a respected platform. This is not an unknown, either, as it has been downloaded over 10 million times on the Play Store.

However, it’s a really solid and useful app as it’s a hub for all your packages. The real-time map tracking is something that doesn’t work with every single courier or package company, but it’s useful if you’re able to get precise information on where your online order is. Shop is a must-have.

There is an in-app payment platform that claims to help reduce or offset your carbon footprint for orders, but it’s the core package tracking that’s the main draw.

Track your listening history with Spotistats for Spotify

Not really much use if you use another music streaming service, but the instant popularity of Spotify’s Year in Review posts is why you might want to take a look at Spotistats. It’s genuinely a beautiful application, the UI, the animations, and just the premise.

Once you connect your Spotify account, Spotistats allows you to track your listening history to an almost granular level. Information on each individual song or album is right there alongside audio analysis, which although a little hit-or-miss, shows you the number of beats within a track so you can pinpoint that drop.

Customize your experience with Lawnchair

You probably know Lawnchair Launcher already. It has become one of the go-to third-party launchers for those wanting a clean, unobtrusive experience. For that reason it has to be considered an essential Android app.

Android has potentially thousands of launchers that all offer varying degrees of control and customization. Nova may be No. 1, but if you want something close to the Pixel Launcher but with a bit more oomph, then you should be using Lawnchair. The integration with the Google Discover Feed is a notable inclusion, while you have proper contextual At a Glance widget up top too.

We haven’t even scratched the surface of what you can do to your smartphone home screen with Lawnchair Launcher but — like most third-party launchers — you have endless possibilities to customize your device.

Reddit has a ton of third-party viewers, readers, and management apps. One of the best-looking and simplest that you might not already be using is Infinity. It’s fairly lightweight, has a nice navigation system, and has a properly AMOLED-friendly dark theme among tons of other features, including a neat auto-scrolling “Lazy Mode.”

One of the big things touted by the developers is the card view, and I think this is what has me coming back to Inifinity time after time — plus the subreddit view is also really nice. At the end of the day this is just another Reddit client, but a really good one. If you’re not interested in the site, then it probably won’t be an essential, but for time killing, it’s a tidy, well-organized Android app.

Back up everything you need with Google One [w/ subscription]

Google One is available to everyone, but it’s most useful and a must-have when you factor in a subscription plan. Unfortunately, Google has now removed unlimited high-quality photo backups within Google Photos — or will in the future. That means that if you want to preserve all of your memories, you’ll need to fork out for some extra storage.

It’s one of the few subscription services that is actually worth it. Even the base 100GB tier is enough for most people, with the added bonus of random subscriber benefits such as the recent free Nest Mini. Being a Google One subscriber of a certain level also nets you a VPN in the US, but it’s the added backup options for Android users that proves to be a notable benefit.

In reality, you might not need to use an application like what3words in your daily life. The reason why this is an essential Android app is that it offers a safety net unlike Google Maps. When you need to share your location precisely without using map markers and geo-coordinates, it can be difficult for those not versed in traditional mapping skills.

Each 3 meter square of the planet has been given a unique three-word combination that is easier to remember or share than a generic map location. First and foremost, this is a a superb tool for emergency services and has been used to locate people in the UK when stranded or in need of assistance. It’s a good safety net but can be useful for meeting with friends and family, as you can send a really precise location where they can meet you.

Quick launch into anything with Shortcut Maker

Shortcut Maker is a proper power-user Android app that really is an essential if you want better automation or just a way to skip directly to a specfic Settings menu section. That’s not necessarily the best explanation, as with this app you create homescreen shortcuts that will launch into actions.

It’s hard to do an application like this justice, but it’s being able to create shortcuts to launch apps into split-screen or just head to a specific section of your menu, or even into a specific in-app area. For tinkerers or just as a time-saving tool, it’s worth a try.

Although commonplace on the Play Store, Wavelet takes your headphone or earbuds to the next level with a detailed equalizer that lets you tweak your audio experience on a device-by-device basis. The basic “free” version of the app lets you auto EQ to some of the most popular headphone and earbud brands. This ensures that you’re experiencing your audio library in the best possible way on your smartphone.

With an in-app purchase, you gain some added effects and full controls for the visualizers. That said, the free version offers a ton of presets, and you can still tailor your audio experience for your specific headphones or earbuds. My personal opinion is that for wannabe audiophiles, Wavelet is an essential Android app.

Get control of wallpapers and ringtones with Creative App

Adding to the personalization options that are afforded by Lawnchair, finding wallpapers and ringtones is a surprisingly frustrating process in 2020. Although probably the worst name ever conceived for an Android app, Creative App is an essential for anyone wanting to tweak and customize their backgrounds and notifications.

The app is updated with new wallpapers and ringtones every day, with chiptune versions of popular tracks also updated on a regular basis. While the wallpaper selection might not be the outright best, combining custom options in one place is always a time saver.

What are some of your “essential” Android apps?

Do you have any apps that you simply can’t live without? Or do you just have a favorite that you think more people need to know about? Let us know down in the comments section below.