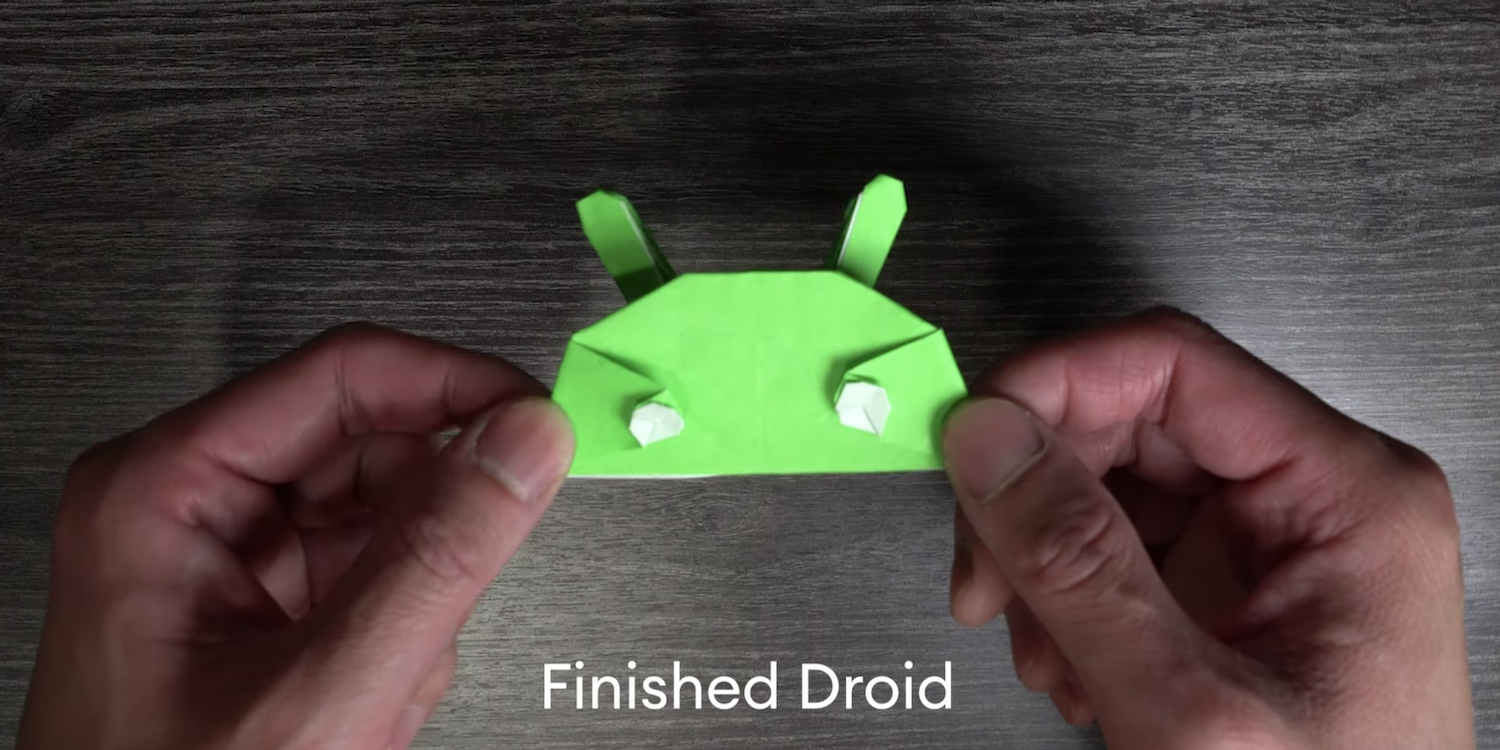 Everyone is looking for indoor activities amid the current situation, and Google is providing one in the form of a video tutorial on how to make an origami Android mascot.

Grab some paper and fold along as we create an Android logo origami. We hope you’ll enjoy this fun craft created by Software Engineer Lisa Nguyen Quang Do and crafted by VP of Engineering Seang Chau.

The video is over 11 minutes long and the end result is a quite intricate replication of the Android mascot in origami paper form. It cannot obviously be a perfectly curve up top, but it’s pretty close with seven sides forming the arc. The antennae are quite prominent, appearing a layer behind for some depth, while the best detail are the eyes that use the white underside of the green paper.

In addition to the origami fold-along video, PDF instructions for the Android mascot are mercifully available. There are 30 steps to — literally — follow, with each having a corresponding description and illustration. A convenient legend is also provided at the top that explains different folds and the concept of pinching.

It’s definitely not for the faint of heart — maybe try simpler creations first, but the end result is excellent and on par with any plastic figurine.