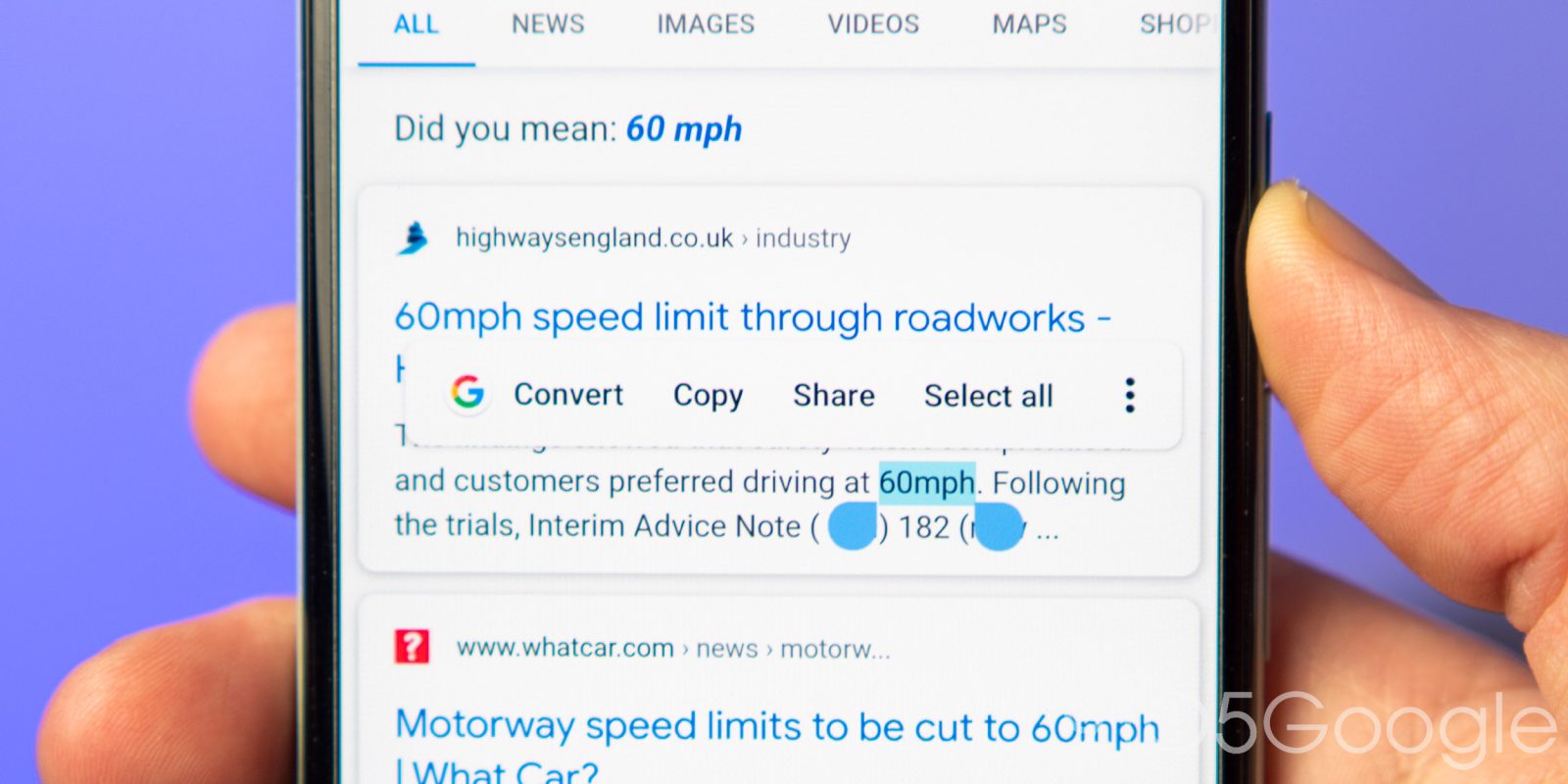 For those not aware of the power of the Android Smart Selection feature, it contextually offers you neat options such as directly calling a selected telephone number and now the ability to convert to various units.

Having been around since 2017, the feature has evolved here and there as an extension of the standard text selection panel that pops up when you highlight certain text. It’s a really neat little timesaver that helps save time actually copy-pasting information into search bars, the phone app, and numerous other places.

We’re not quite sure when the Android Smart Selection tool gained the unit covert tool but it was first spotted over on the issue tracker by the team over at Android Police, and we’ve since been playing around with the quick conversion ourselves. As someone based in the UK and who has to convert £ and € to $ on an almost daily basis, I can attest to the convenience factor here.

Luckily, the new convert feature that is now available as part of the Android Smart Selection tool is not limited to just currency. You can use it to convert mass, speed, and we’re sure plenty of other units. Of course, language “conversion” is handled by Translate so no worries there.

The only downside is that you still need to select a target unit convert option once you’ve selected something with the Android Smart Selection tool. It will just default to your local currency if monetary options are highlighted, while weights, mass, and speed conversions are localized to your specific region too — meaning km/h, kg in most European regions.