Stadia Changelog: Football Manager 2021 rated, and our favorite games of 2020 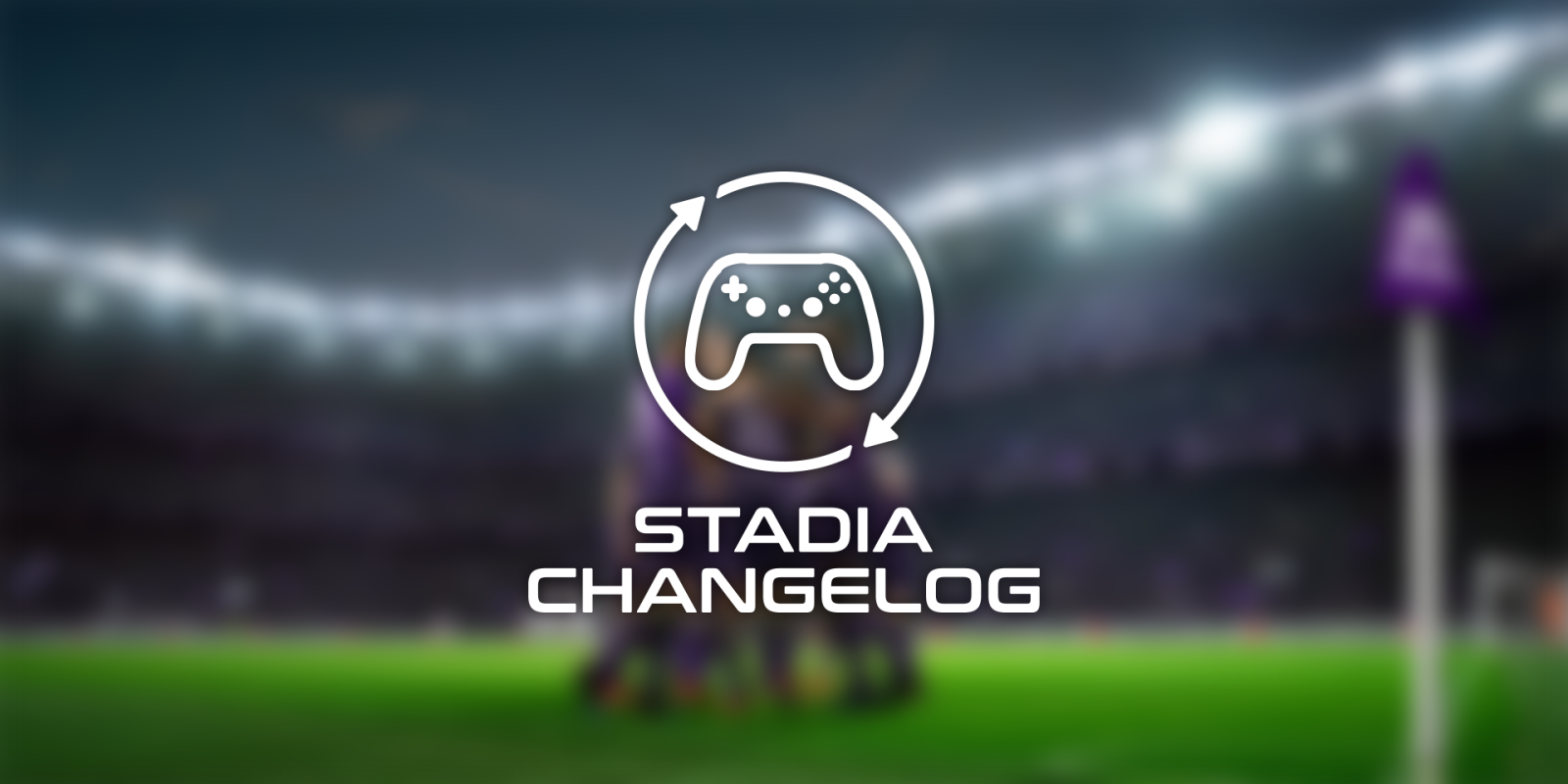 The year 2021 has arrived, and with it, the end of Stadia’s first full year. Of course, with the holiday break came a quiet time for new game updates and announcements, but there were still a few things to keep an eye on. Here’s what happened on Stadia during the last week of 2020 including some good news regarding Football Manager 2021.

With no “This Week in Stadia” post this week, no new games arrived on Stadia to close out 2020 either. A bit of a shame for sure, especially as many were hoping for the arrival of games such as Madden 21, but it comes as no surprise whatsoever. Hopefully, this just means that 2021 will bring some big debuts!

Along the same lines, there were no new games updates on Stadia this week either. Of note, that also includes the continued lack of Cyberpunk 2077 v1.06. The update was released for PC and consoles over a week ago at this point, but CD Projekt Red and QLOC, the third-party which is responsible for the game on Stadia, have been silent on the update.

On New Year’s Eve, football fans got some potentially great news about Stadia. A couple of months after its debut on other platforms, Football Manager 2021 was rated on PEGI for Stadia. Previously, the game was rated for the platform on ERSB and USK, and now PEGI has closed the three regulatory authorities. Does this mean Football Manager 2021 is coming to Stadia? Lacking official confirmation, it certainly seems that way! Stay tuned, we’ll update you on any more developments on this.

Before 2020 came to a close, Google confirmed one new title coming in 2021. Monster Energy AMA Supercross 4 is coming to the platform on March 11, 2021, about a month later compared to the previous installment that arrived in February.

As we end 2020, instead of talking about the games we’ve been playing on Stadia this week, we thought it would be fun to instead talk about the games that left the biggest impression on us over the course of last year.

2020 has probably been my biggest gaming year ever, thanks in part to the fact that it’s not quite literally part of my job. Looking back at this year, I quickly knew what two Stadia titles were the most impactful for me.

The first of those was Orcs Must Die 3, the first title on Stadia that really grabbed my attention and kept me intrigued for a few weeks. As I mentioned in my review of the Stadia exclusive, Orcs Must Die 3 is addictively fun and continues to be a fun time with friends thanks to an expansion pack. This was the game that really drew me into Stadia as my primary platform, showing me just how great cloud gaming can be.

Beyond that, though, Risk of Rain 2 has also left a big impact. Why? Well nearly 50 hours later it’s definitely my most-played game on Stadia to date and has been a blast to play with my friends and even my wife. I’d heard of the game in the past, but it wasn’t until its debut on Stadia that I really dove into it and, with it joining Pro, it allowed me to get more friends in on the fun. I probably would have enjoyed Risk of Rain 2 just as much on Steam, but its debut on Stadia is what really gave me the push to try it.

It’s hard picking an outright favorite, I will say my most played Stadia games by hours most definitely include Red Dead Redemption 2 and Cyberpunk 2077 – the latter is a great game but I don’t quite “love” it as much as I thought I would. In all honesty, PGA Tour 2K21 is likely my “favorite” as it fills a sizeable Tiger Woods 2004-shaped hole in my life while being stupidly easy to pick up and play as a really lapsed IRL golfer. Let’s hope we get a wider array of games in 2021 though, I’m kind of done with open-world titles to be completely honest.

While Destiny 2 may be the game I spent the most time on, as well as the game I can’t shut up about, my favorite Stadia game of 2020 was Borderlands 3. Undoubtedly there were “better” games that released last year, but Borderlands 3 was the game I was able to play with my spouse and a dear friend of mine. 2020 being the dumpster fire that it was, limiting my opportunities to hang out with loved ones in person, I relished every opportunity to play Borderlands with this crew and to tear through each new expansion for the game.

I am playing STAR WARS Jedi: Fallen Order as I’ve just finished up Cyberpunk, and it’s really become the first game I’ve experienced the full Stadia life on. I’ve bounced around from playing on it on my laptop, but also on the TV. I have two Stadia controllers, so I can easily bounce from different TVs back to my laptop. The day after Christmas, my wife and I were at my mother-in-law’s, and while my kids were playing with their new toys, I grabbed a spare 2019 MacBook Air and played the game for an hour. The ability to play a game on a lower-powered device, save it, and know that I will easily pick up at the same place at home is something I could have only dreamed of as a kid. Stadia is wherever I am at as long as I have fast internet. I cannot wait to see what 2021 brings to the Stadia platform.