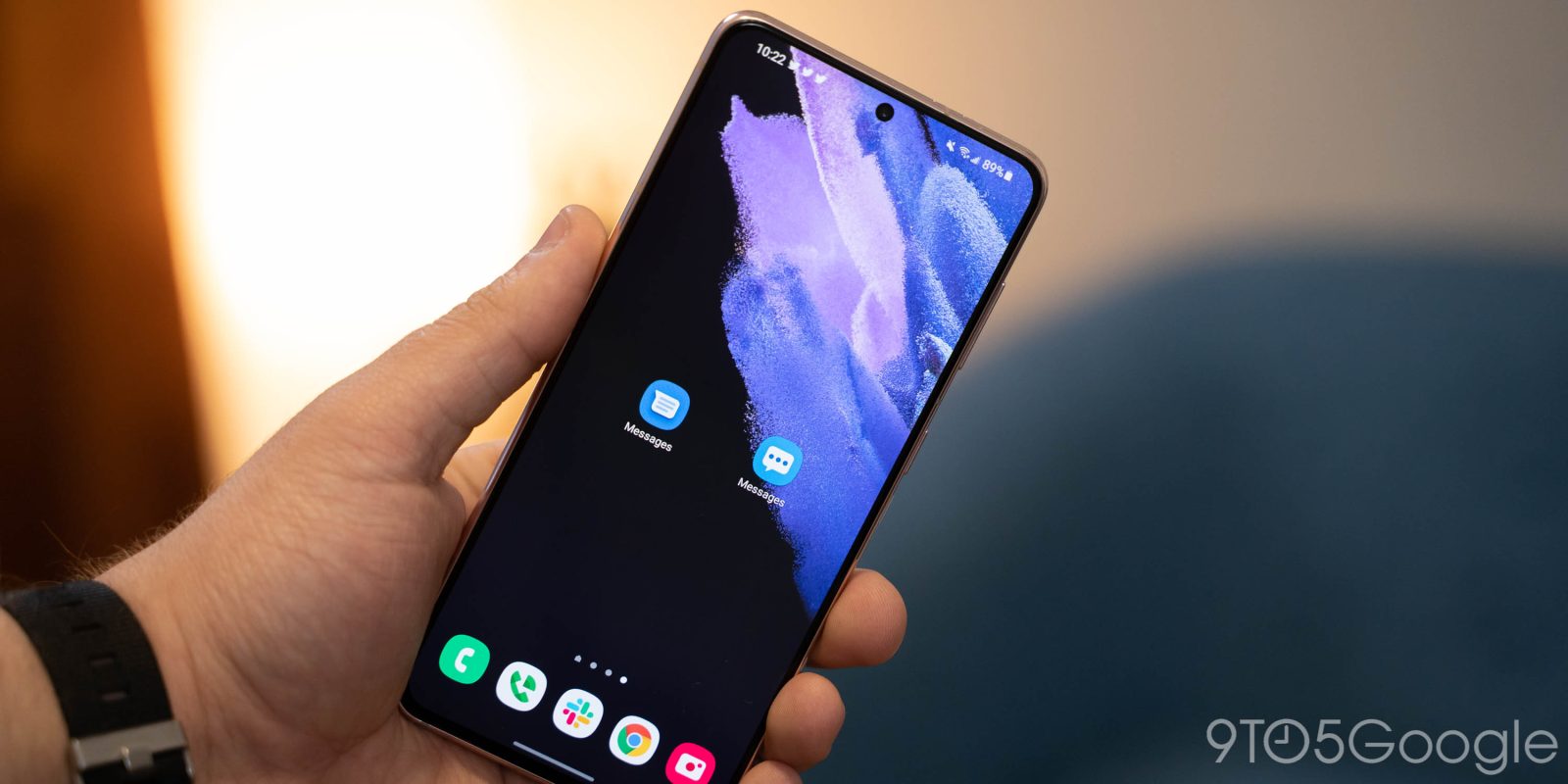 As RCS takes over the default messaging service on Android, Google Messages is leading the charge. Yesterday, Samsung and Google announced that Google Messages would be “native” to the Galaxy S21 but without going into detail on what that meant. Now, we’ve got a bit more context.

In an interview with Engadget, Google’s Hiroshi Lockheimer further details that Google Messages on the Galaxy S21 feels more “native” in two ways. First, there are some design and functionality tweaks to the app to make it work better with Samsung’s One UI and feel like it belongs with that platform.

More crucially, it also means that Google Messages is the pre-installed and default SMS/RCS app on the Galaxy S21, S21+, and S21 Ultra. Quoting Hiroshi, though, the app “unfortunately” isn’t the default experience in the United States. For reasons unknown, Samsung opted to stick with its own app just in the United States. Aside from “some exceptions,” the rest of the world will see its S21 shipping with Google Messages in place of Samsung Messages.

This move sees Samsung following behind a few other Android OEMs in adopting Google Messages over a personalized client. OnePlus, Motorola, LG, and other companies have ditched their own apps to handle SMS for a quicker and easier path to RCS. Samsung Messages has long supported RCS, but Google Messages has rolled out the functionality to essentially every Android phone on the planet at this point.