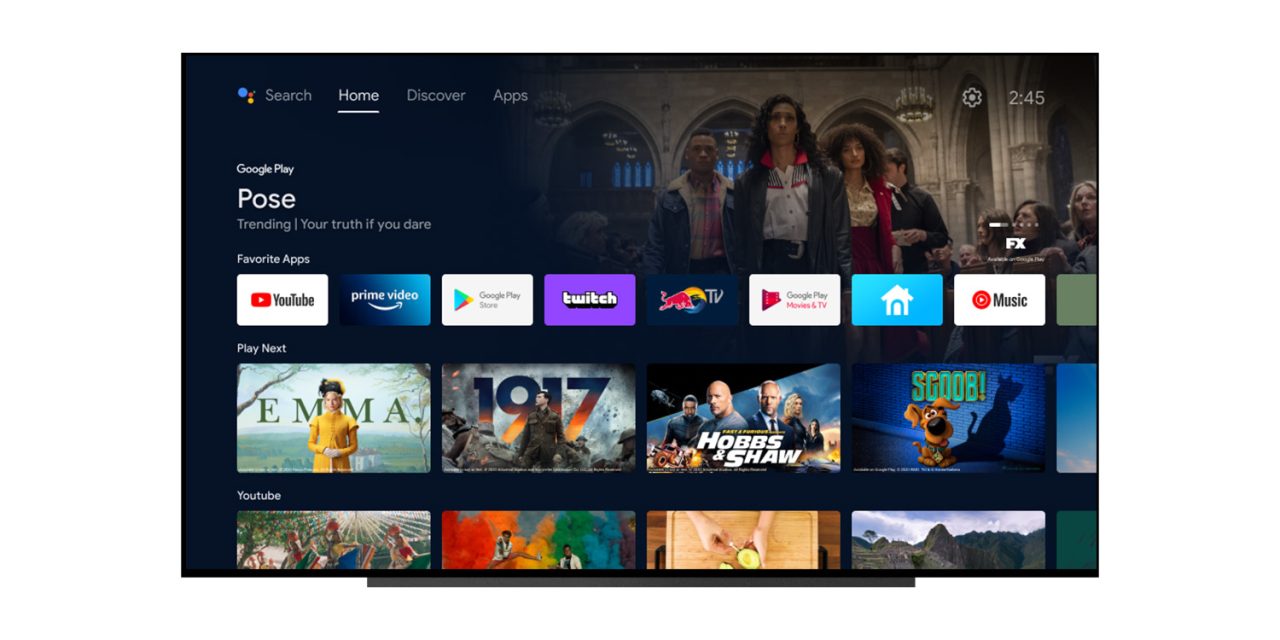 Over its lifespan, Google’s Android TV has seen two core designs that the company has built on top of. Google TV is set to replace what Android TV established over the next year, but now Google is bringing a lot of that experience over to current hardware. The Android TV homescreen is being updated with new personalized recommendations, a “Discover” tab, and more.

Starting today and rolling out over the next few weeks, Android TV devices will see an update to the homescreen, which delivers an experience that’s a whole lot closer to what’s seen on Google TV. It’s not an exact copy, but the similarities are obvious.

Update 2/11: While the update officially started its rollout on February 3rd, we’re finally starting to see a meaningful rollout as of today. Updates to Android TV Home and Core Services rolled out to deliver the changes, but it does appear there is still a server-side component as well. My JBL Link Bar updated about 25 minutes after sideloading both updates, by our Kyle Bradshaw reported that the same change didn’t appear on his test device. One user in France also notified us that he also saw the change today.

The biggest change here is that, like Google TV, the Android TV homescreen is getting three tabs — Home, Discover, and Apps. The main home tab (seen above) acts a lot like what Android TV already offers. It shows the sponsored row at the top with “Favorite Apps” and “Play Next” below. From there, you’ll have rows packed with content from apps installed on your Android TV.

Android TV also gets a new “Discover” tab, which is entirely new to the experience. This tab is what’s most reminiscent of Google TV. Like the “For You” tab on those devices, what’s found here includes movies and TV shows that are trending on Google Search as well as personalized recommendations. As far as we can tell, though, the “Watchlist” feature that makes Google TV so good is nowhere to be seen here. Finally, there’s an apps tabs, which shows all installed apps as well as a link to the Google Play Store.

Google says that this redesigned homescreen will be rolling out in the United States as well as Australia, Canada, Germany, and France with more countries to follow.

This comes at an interesting time, as Google has previously said that the goal is to transition current Android TV hardware to the Google TV UI over time. Still, Google did previously tease that “some features” of the new UI would be ported back to Android TV, and it seems that this is the fulfillment of that promise. In a way, this also acts as a stopgap for the TVs and set-top boxes that won’t be updated to the Google TV UI as a whole.