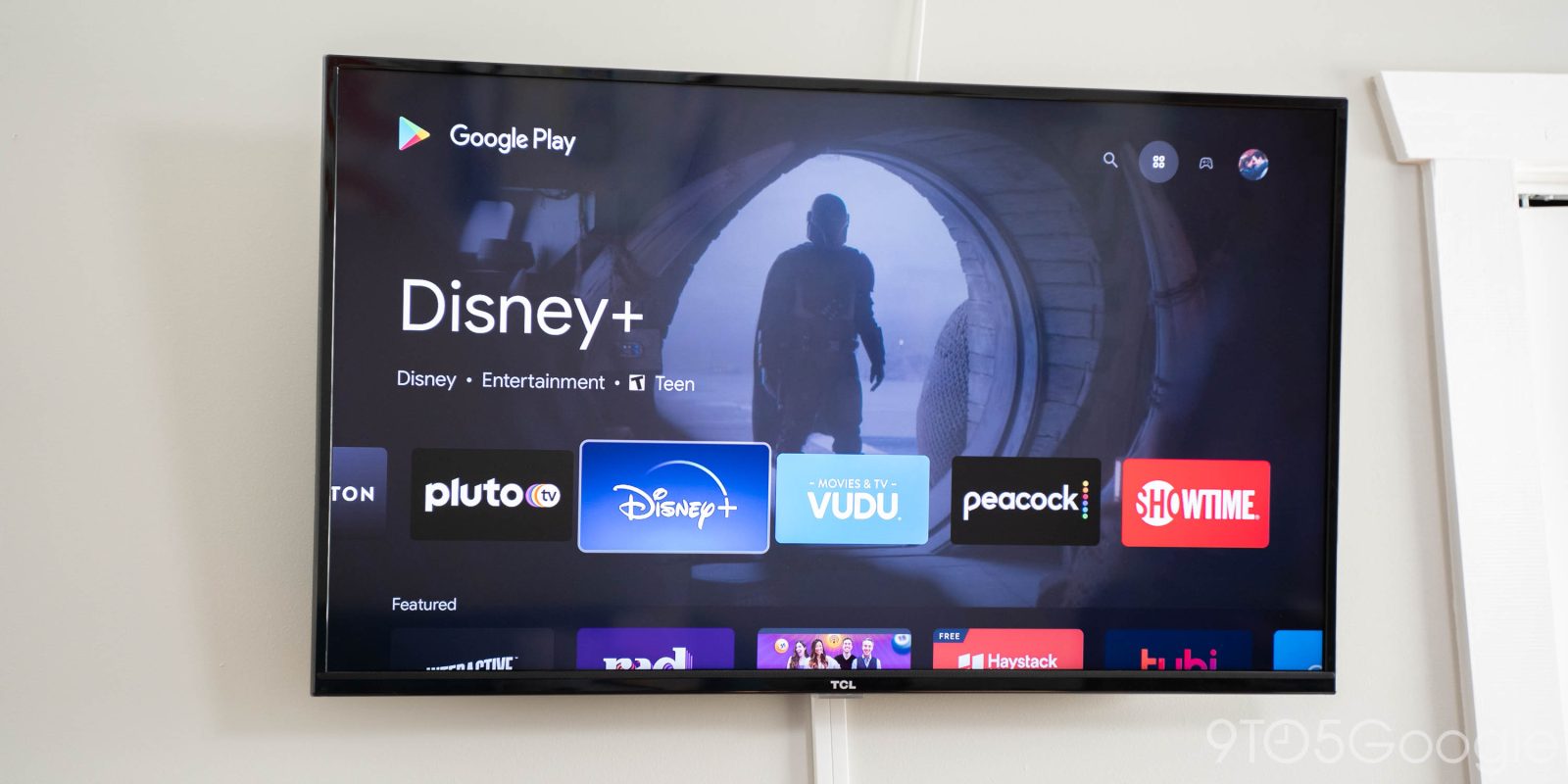 The tweaks in this new Play Store update are very minor, but every single one of them is a welcome improvement that does a lot to make the Play Store feel at home especially on the new Chromecast with Google TV.

The first tweak you might notice when booting up the Play Store UI is that the “Apps – Games – My Apps” top section has swapped the words for icons. It’s still a very clear indication, but offers up a much cleaner look. When you then highlight any of those icons, it expands to show the full word alongside it. The search button is also moved all the way to the left, now also featuring a slightly revamped search page.

Beyond these tweaks, Google has also revamped the Settings menu and “My Apps” page, now showing these on the same tab which is accessible under your Google profile picture. This new page shows “Manage apps and games” first with the same basic UI for updates, apps on the device, and apps in your library. There’s also now a much easier option to switch Google accounts on the store. Finally, the Settings menu has a tweaked layout that’s a bit easier to understand.

As mentioned, these are all pretty minor changes, but they’re all for the best. This slight redesign for the Google Play Store on Android TV and Google TV is now rolling out, though our friends at Android Police did note that it’s a server-side change.