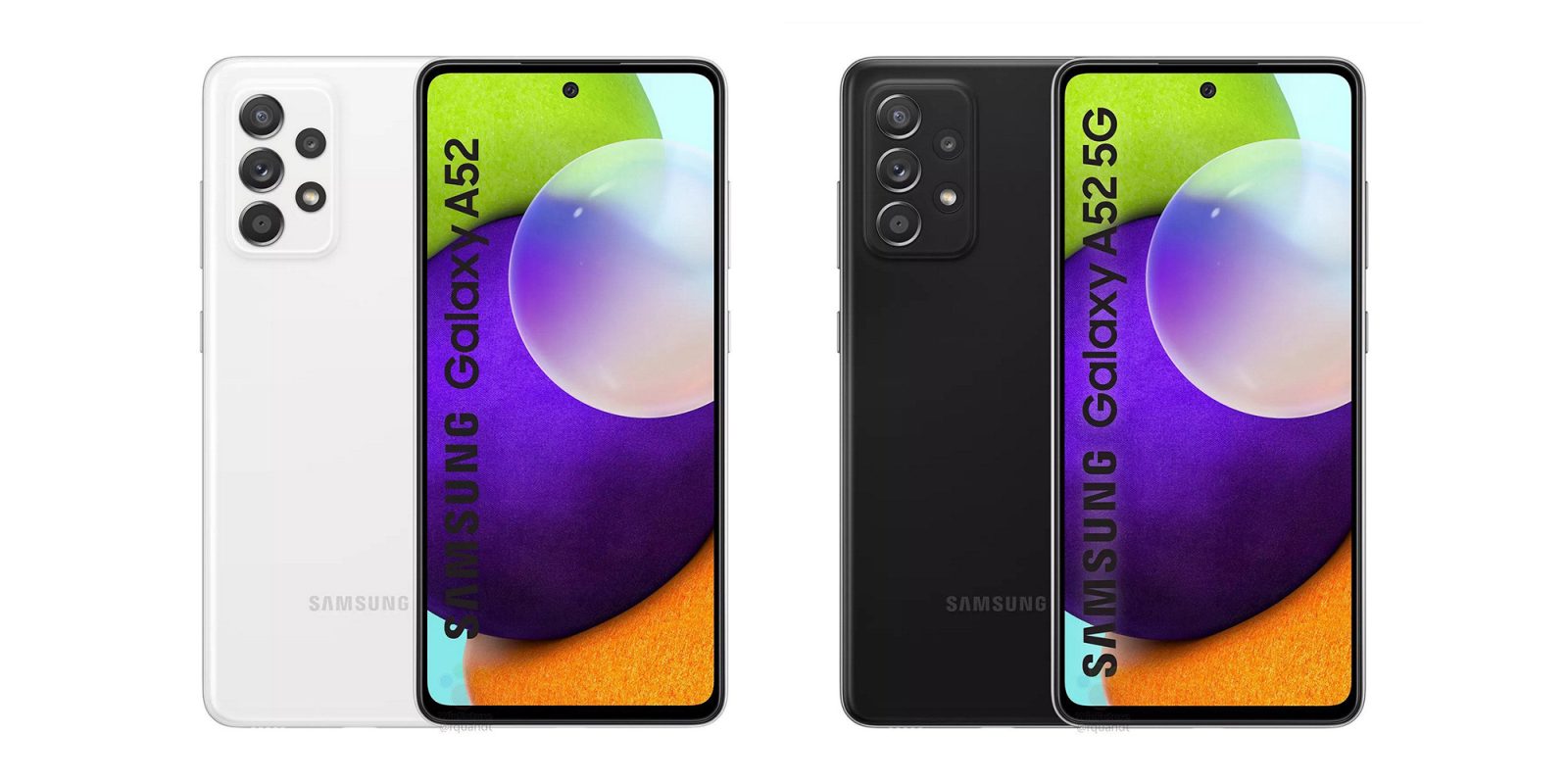 For the past couple of years, the best selling Android phones in the world have been a part of the Galaxy A series. Now, the latest in the lineup, the Galaxy A52, has leaked in full with a price point, spec list, and more.

The reliable folks over at WinFuture has just leaked basically all there is to know about the Galaxy A52 series. As expected, Samsung will be releasing a duo of budget smartphones, one with 5G network support and the other without. The more affordable A52 offers a Snapdragon 720G while the A52 5G packs the Snapdragon 750G.

Both phones share a few things in common. You’ll find a 6.5-inch, 1080p display on both. They’re rumored to be high-refresh rate panels, but this report didn’t corroborate that detail. Storage and memory start at 6GB/128GB on both, but 8GB/256GB options will also be sold depending on region, all with the microSD card slot that the Galaxy S21 series lacks. Both phones also share the same design, pictured below in multiple colors.

As for cameras, both phones have a 32MP front facing camera and a primary 64MP sensor on the back. That’s backed up with 8MP, 5MP, and 2MP sensors, one of which is an ultrawide shooter. There’s also a 4,500 mAh battery, USB-C, no wireless charging, NFC, and Android 11 will be installed out of the box. The phones also pack IP67 water/dust resistance.

When they debut, the Galaxy A52 4G will be the more affordable of the two with a starting price of €349. Meanwhile, the Galaxy A52 5G will cost €429. Those prices are, of course, for Europe and may vary in other countries. Right now, it’s unclear when Samsung plans to launch the Galaxy A52.