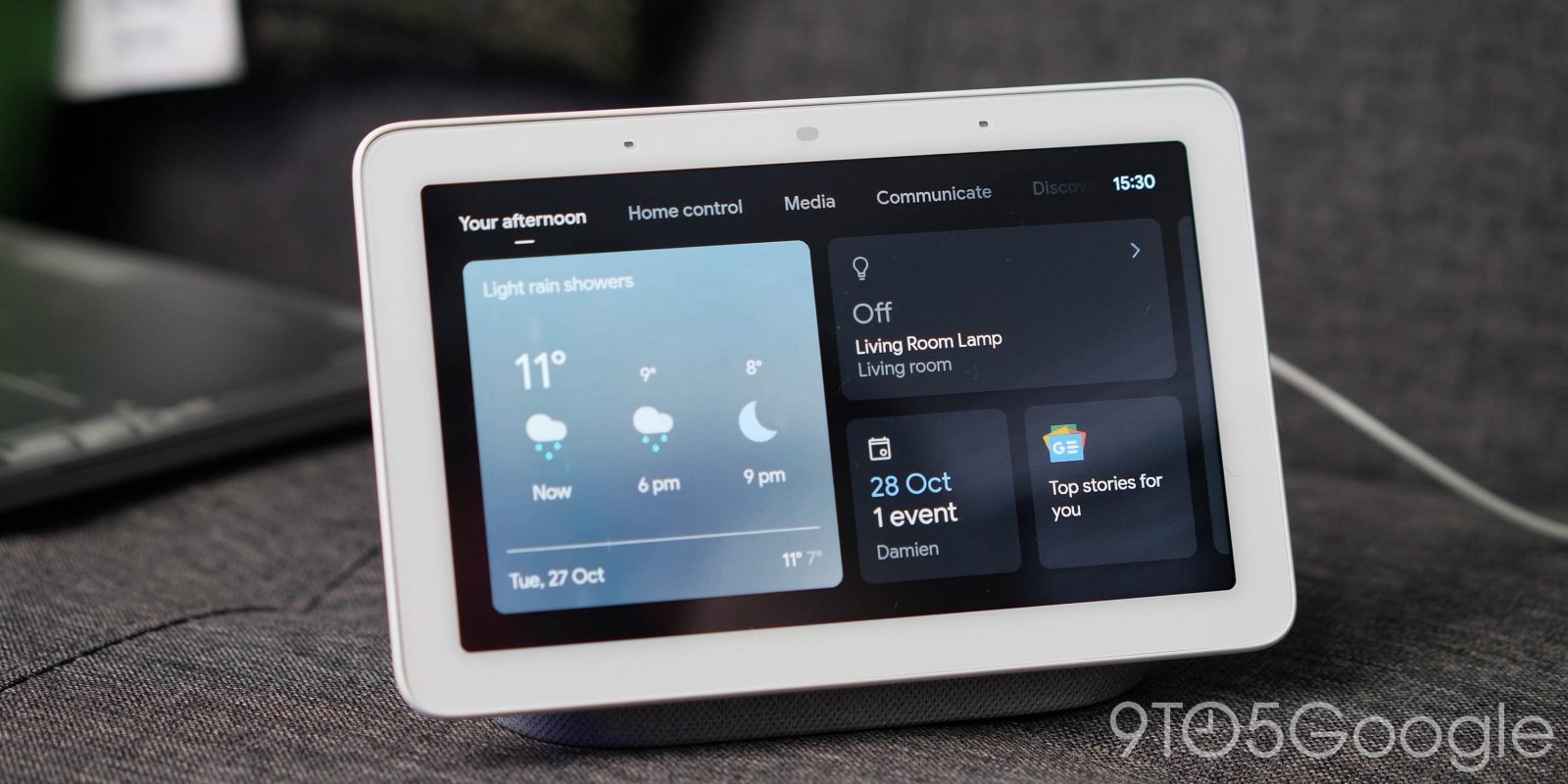 Update 3/6: Google today officially announced the new clock faces following their rollout earlier this week. There are now 11 Fullscreen clocks on Assistant devices. While only first-party devices were mentioned in this morning’s tweet, other Smart Display owners can also set.

It’s about time we added some new Nest Hub and Nest Hub Max clock faces. Choose the one that fits your style by saying, “Hey Google, set photo frame.”

Original 3/2: “Timeless” is an analog clock with circular, indented markers at the 3, 6, 9, and 12 o’clock positions. Thick oblong minute and hour hands are joined by a very thin needle for seconds. The “Dark” variant has a dark red background, while “Light” is more pink.

“Weather” is the biggest addition and features a background that reflects the current state, just like the forecast card. For example, a blue gradient appears on a clear day, while you’ll see stars at night. The time is displayed digitally with the current condition — as an icon and in words — flanking the temperature.

These three faces first appeared on the Lenovo Smart Clock in 2019, but have been tweaked and better spaced for the Nest Hub’s larger 7- or 10-inch display.

To access, open the Google Home app and select your device. Tap the settings gear icon in the top-right corner and then Photo Frame > Fullscreen clock. These three new clocks are available at the very bottom of this list. Saying “Hey Google, set photo frame” also works on your Smart Display with these additions located at the right of the carousel.

As of this evening, they are widely rolled out for all users running Cast firmware 1.52. You do not have to be on the Preview channel to set on your device.