Lenovo Smart Clock Review: The only way Google Assistant should be in the bedroom 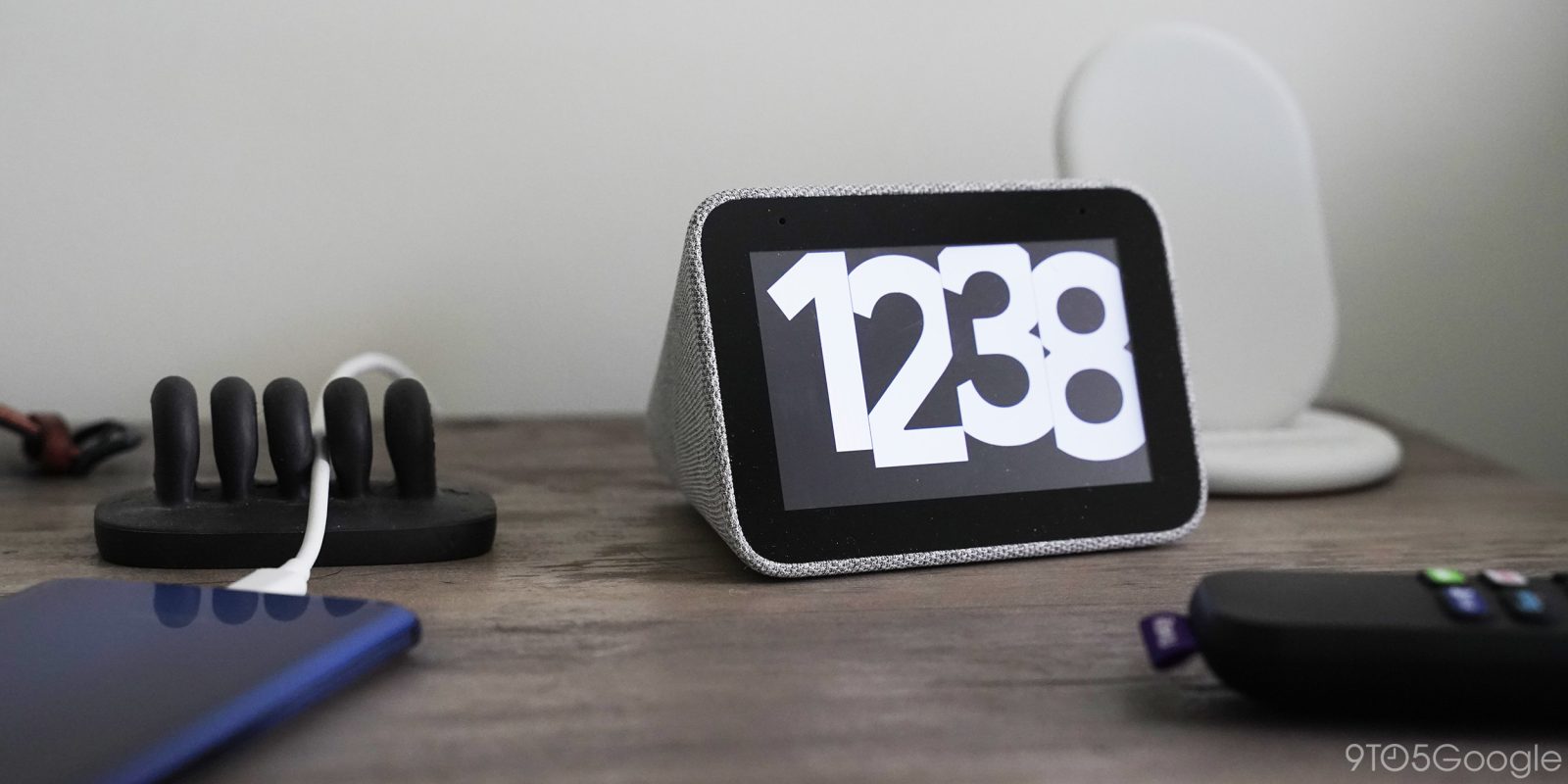 Google Assistant is slowly making its way into every part of our lives, and I for one am not complaining. Since launch, I’ve had a Google Home or a Nest Hub somewhere in my bedroom for controlling my lights and alarms. Now, those are being replaced by the Lenovo Smart Clock, and I think it’s the only Google Assistant device you should have in your bedroom. Here’s why.

What does the Lenovo Smart Clock do?

The alarm clock gets a modern makeover

As its name implies, the Lenovo Smart Clock isn’t just another speaker or even a smart display, it’s a clock that just happens to integrate a lot of useful features powered by Google Assistant.

To that end, the hardware of the Smart Clock is tiny and meant to blend into your bedroom, and it does so brilliantly. The 4-inch display means this is probably one of the smallest items on your nightstand, and the fabric coating the product is very nice with a neutral color that works just about anywhere. The design comes together at the back with the power port, mute switch, and a full-size USB port for charging other devices (a nice touch). At the front on top, there are also two buttons for controlling volume.

As far as the hardware goes, that’s it, and that’s part of what I love about this product. It’s straightforward and simple across the board.

The display is a measly 800 x 480 resolution, but at its small size, it looks pretty good. There’s a bit of light bleed that still makes me wish it was an OLED panel, but this display does one thing very well. It gets very, very dim. Unlike other smart displays I’ve tried in the bedroom, the Smart Clock doesn’t require me to ask it to turn off the screen when I go to sleep, because it gets so dim that it’s basically off.

The speaker is another important part of the Lenovo Smart Clock. The 6W speaker is surprisingly loud given the size, and the sound quality is quite solid as well. I wouldn’t describe the sound as clear or crisp, but it’s good enough for streaming some songs before bed.

Another tidbit that makes the Smart Clock work great as a bedside alarm is how you can snooze your alarm. A quick slap on the top of the hardware will give you an extra ten minutes to lay in bed. Admittedly I’ve overused this (sorry Stephen), but it’s a great addition and I’m glad it’s not used to actually silence the alarm completely.

Hitting the Lenovo Smart Clock gives you another 10-minutes to lie in bed. Yes, you’ll abuse it

How is the Lenovo Smart Clock different from the Nest Hub?

The software is revised and clever too

When it comes to software, the Lenovo Smart Clock is truly something completely different. We’re told the software was built by the same team that crafted what you’d find on the likes of the Nest Hub, but the features and Google Assistant UI have been optimized for the smaller screen and for the specific use case of the bedroom. 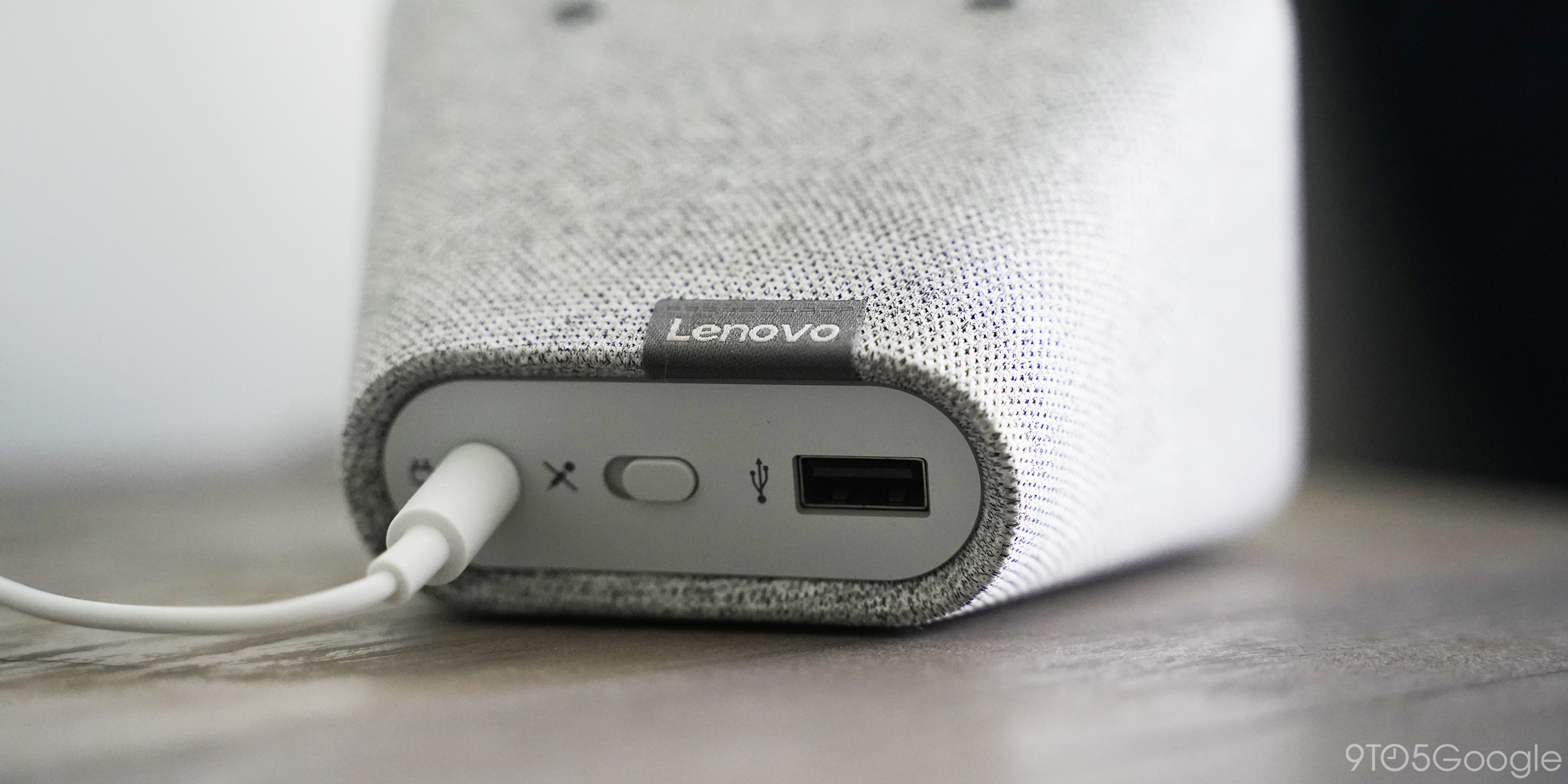 The general interface is very similar to what you’d find on a typical smart display. On the Lenovo Smart Clock, a swipe up reveals a handful of quick settings, and a swipe down reveals a menu of options. Instead of Home View controls and Routines, though, this contextual menu gives users the ability to set alarms and play music with a tap. There’s also a third button which can be used as a Nap Timer during the day.

Google Nest Hub or Lenovo Smart Clock: Which should you buy?

Back on the clockface, swiping from the right goes through the available cards. These include music, alarms, weather, info on your commute, and more. These cards are also contextual based on what’s available on your account or what the device is currently doing.

Contextual information is an important part of the entire experience here, as you might have gathered. Another place it comes up is with alarms, as the timing of an alarm can be scheduled based on your calendar, as well as based on your past alarm history. A clever option Lenovo also baked in is the ability to have the screen turn up to max brightness as your alarm goes off, but I found this mostly ineffective. 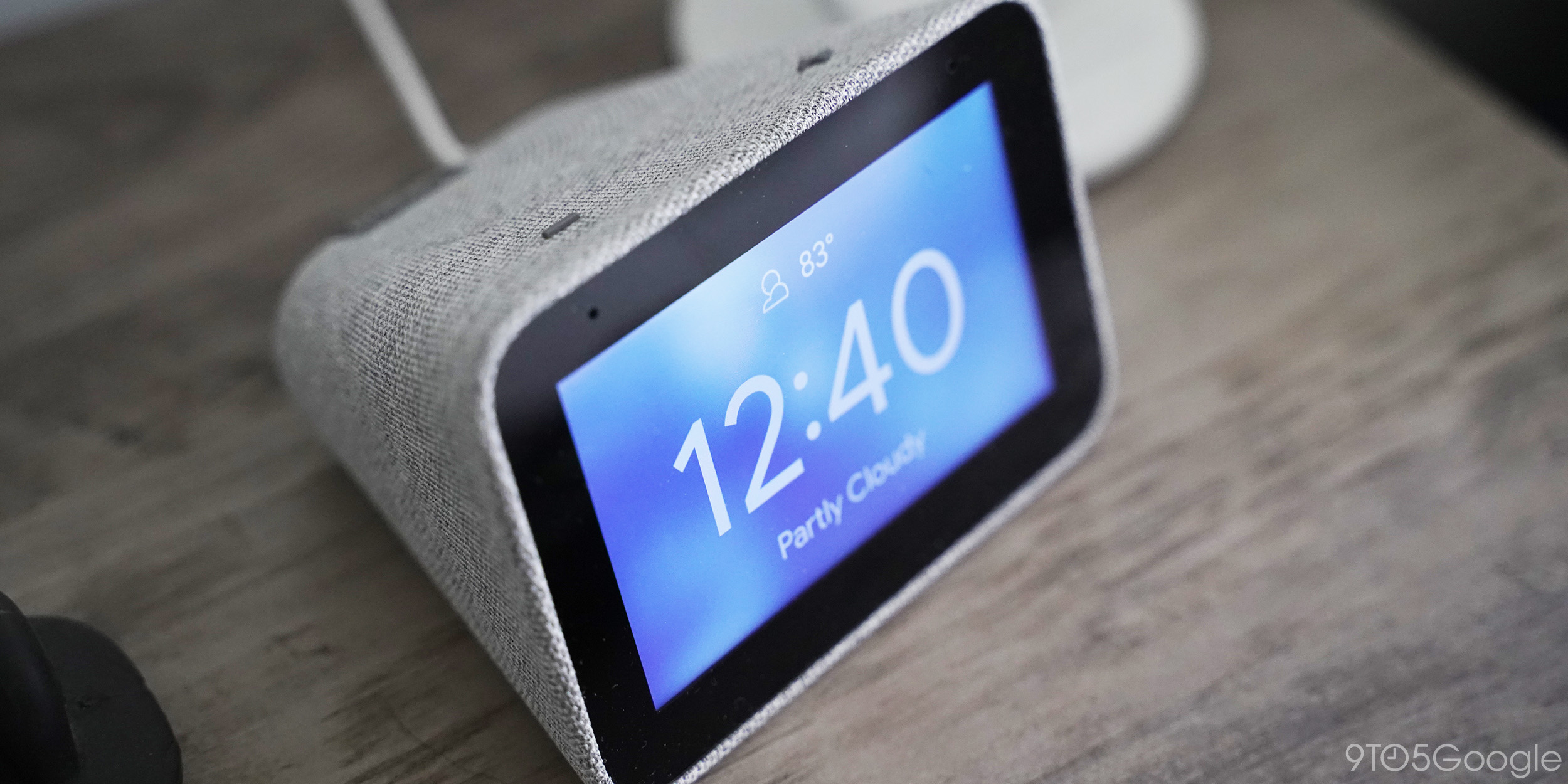 There’s an assortment of clockfaces, including this weather one

A long-press on the clockface also reveals an assortment of other options on the device. There are more options here versus a typical Google Assistant smart display, and I like that you can change them directly from the device instead of being forced into the companion app on your phone.

However, the clockfaces are one thing I don’t particularly like about the Lenovo Smart Clock. While there’s a large collection and you’re bound to find one you like, there are none to display photos. Lenovo and Google previously told me that this a decision made because some photos users would try to display wouldn’t look good on the small form factor. As understandable as that is, I do still wish I could have a slideshow of photos scrolling through. Still, that’s a relatively minor thing in the grand scheme of things.

Another limitation of this product thanks to its smaller size is that you can’t view videos on it. I’m not sure why you’d want to watch YouTube or anything else on a 4-inch display, but if that’s what you were hoping to do, you’ll want to opt for the Nest Hub instead.

The best way to really describe how the experience of the Lenovo Smart Clock compares to your traditional Smart Display is actually to just say what it is. The Smart Clock isn’t a Smart Display, it’s a speaker, just with some visual components. Anything you can do on a Google Assistant speaker, you can do here. The only difference is that you can also see the time, your playing music, and some other bits of info on the display.

It shouldn’t and honestly can’t replace a Nest Hub or any other Google Assistant display in any way except in the bedroom. 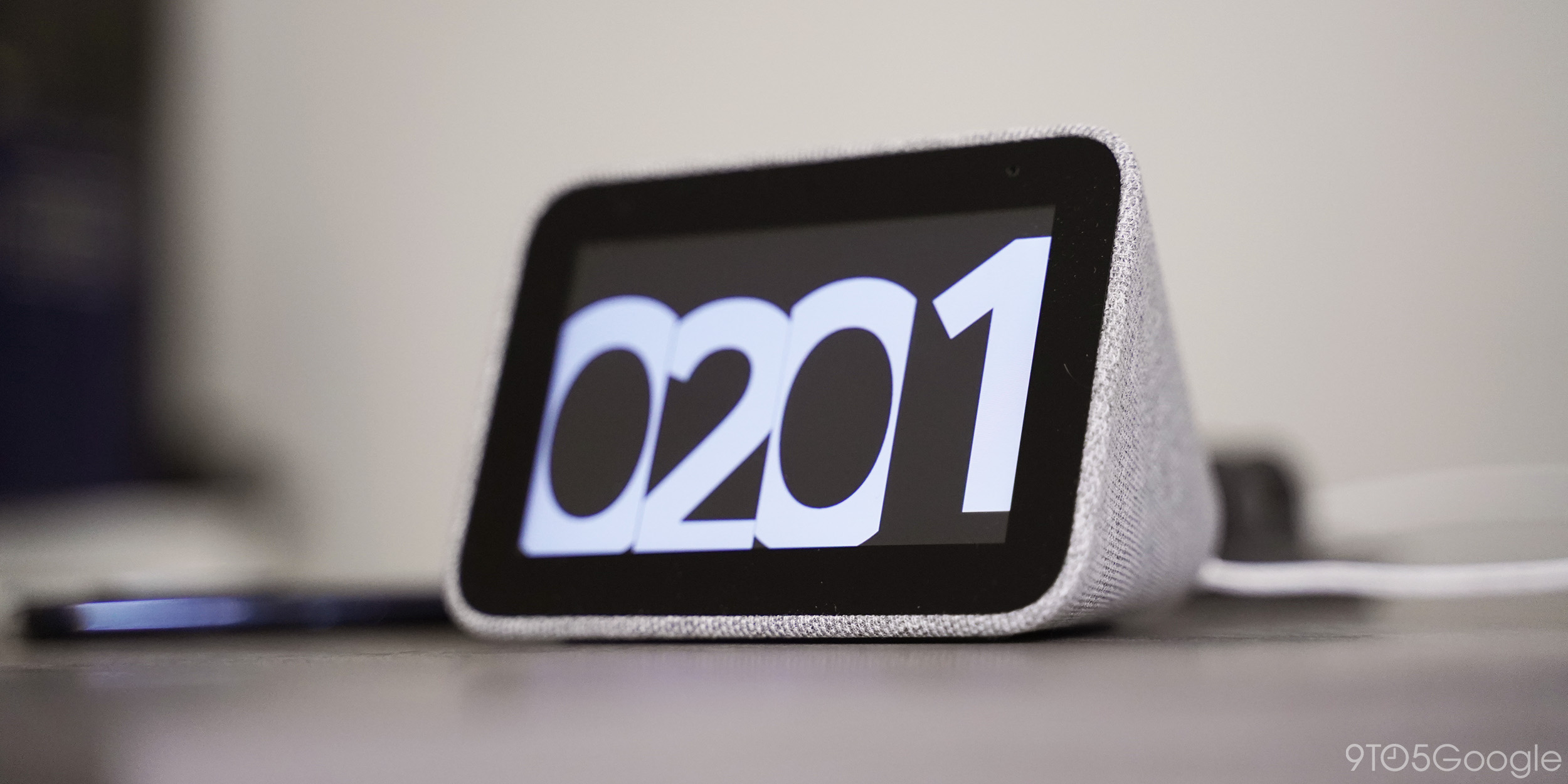 My response to anyone asking if the Smart Clock is worth their money is an overwhelming yes. For what this product promises to deliver, which is a better Assistant experience in the bedroom, it’s essentially a perfect implementation. Aside from being able to show pictures on the clockface, I have nothing I wish the Clock could do that it can’t.

For $80, I think the Lenovo Smart Clock hits the sweet spot. It’s more expensive than a Home Mini, yes, but it undercuts the Nest Hub and offers a better experience than both products on your bedside table. This is the only way Google Assistant should be in your bedroom, and I can’t recommend enough that you pick one up.