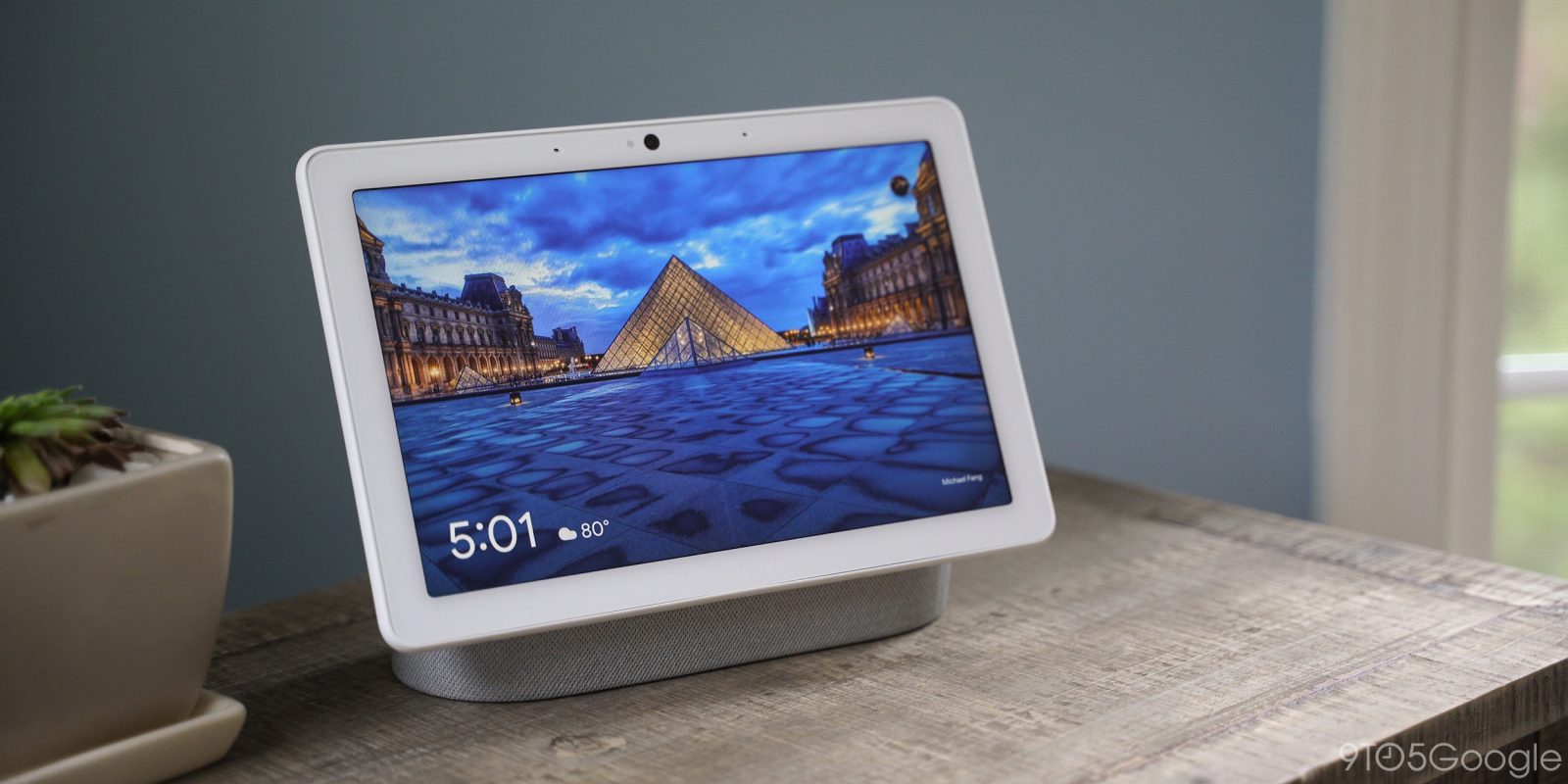 The Google Nest Hub and Hub Max are picking up a handful of new features with Cast firmware version 1.52. This release has been in the Preview Program for the last few weeks, and is now widely rolling out to all other users.

Google has been testing a revamped Alarms screen since September, with more Nest Hub owners in the Preview Program receiving it last month as part of Cast firmware 1.52. “Hey Google, show me my alarms” or swiping up from the bottom of the screen and tapping the clock icon will bring up a new list-based interface that replaces the previous carousel approach.

Each line features the time, date, and on/off toggle. The first part of the “Set an alarm” UI where you select a time is unchanged. There is now another step to set additional preferences:

Other alarm settings include a volume slider, and ability to choose “Silence after” and “Snooze length” durations.

Google rolled out a preview of Zoom to the Nest Hub Max in December. At the start of this month, @MadeByGoogle tweeted that Zoom is “now available.” The broader launch could coincide with this firmware, though the Google Support document — with full setup instructions — still mentions how the integration is “only available to a limited number of users.”

Joining Clock, Your morning/afternoon/evening, Home control, Media, Communicate, and Discover is a new tab for “Family.” This was announced in November to highlight kid-friendly functionality on one screen like sticky notes, Bell schedule, and interactive stories.

The new sound that plays when you Cast audio or video is softer and more friendly than the previous iteration, which dates back several years.

Lastly, the dark theme that was introduced with the broader Smart Display revamp last year has been expanded to more parts of the system UI, including the screen that appears when you lose internet connection.

Version 1.52 is in the process of rolling out to all Google Nest Hub and Nest Hub Max devices outside the Preview Program. It’s available on all our stable devices today. Smart Displays update automatically over night, though unplugging and reattaching power might aid in pulling the new firmware .