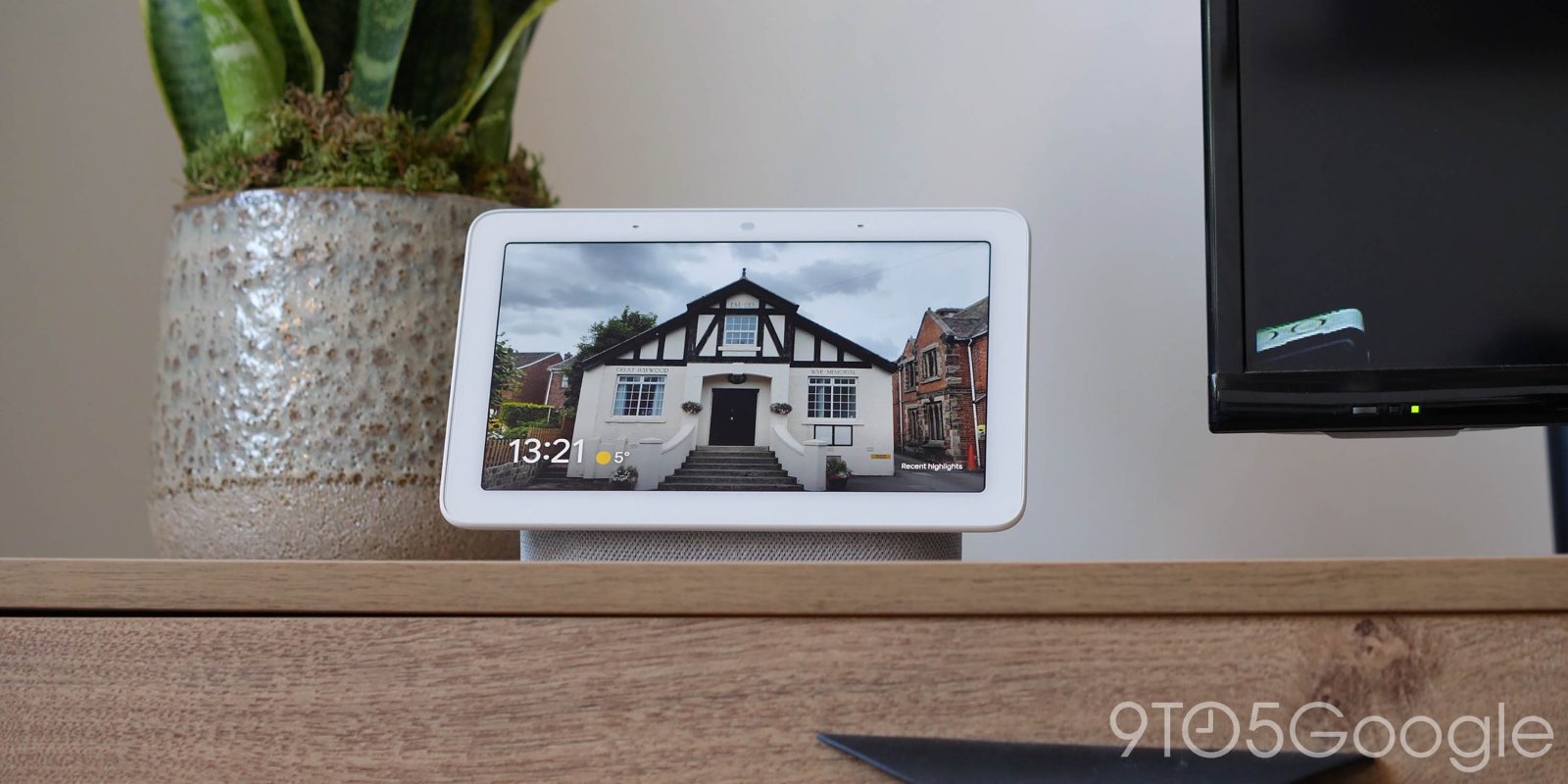 When not actively in use, many have their Smart Displays cycle through a carousel of pictures. These Assistant devices are closely integrated with Google Photos, but an “Experimental” option to use third-party services has long existed. Nest Hub owners this evening report that the Facebook and Flickr Photo Frame sources are no longer appearing.

To control what appears on a Smart Display, open that device in the Google Home app and tap the settings gear icon in the top-right corner. The “Photo Frame” menu previously loaded four options: Google Photos, Art Gallery, Fullscreen clock, and Experimental.

That last item to “try out new sources and content” allowed you to select Facebook and Flickr content instead of Google Photos. As of this afternoon, the last option has disappeared and users are left with just the first three background types.

The “Experimental” menu still exists on Android TV, including the Chromecast with Google TV model, but Facebook and Flickr have also been removed and only “Low-bandwidth mode” remains.

As the majority of Nest Hub owners use Google Photos, today’s removal — if it’s intentional and not a bug — should not have a major impact. The first-party service is more closely integrated, with the ability to set Live Albums that automatically show the latest images of certain people and pets. Google Photos can remove pictures that are blurry, poorly exposed, low resolution, or near duplicates. There’s also a “Hey Google, favorite this” command.

These are several reports today of the Facebook and Flickr removal from Photo Frame, and it’s gone from three Nest Hubs/accounts we checked this evening.