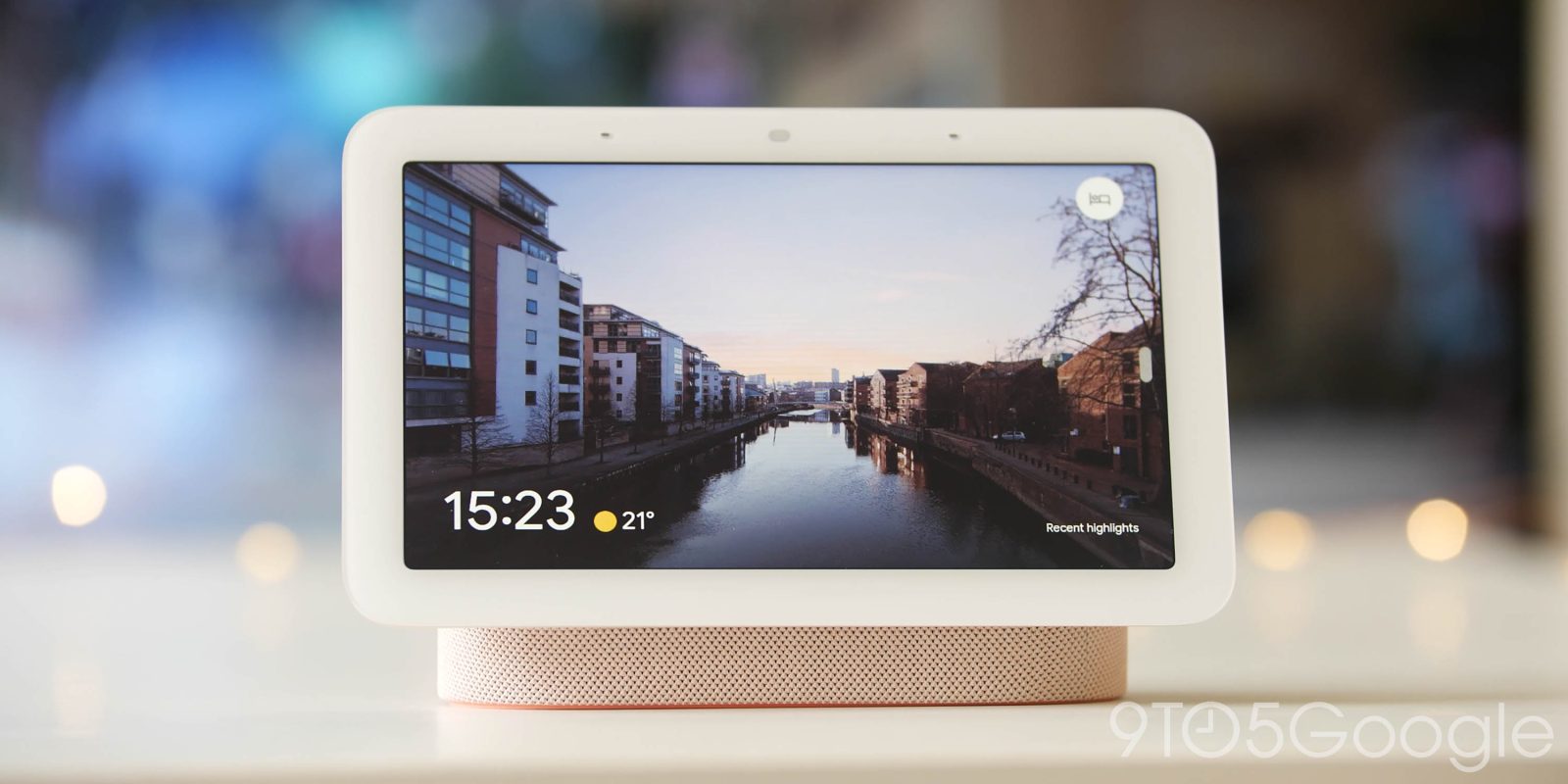 Back in October, Smart Displays saw a big UI and navigation redesign. Google is now tweaking the order of tabs for some Nest Hub users to put an unfortunately large emphasis on Assistant games, though this results in a bug on a second-gen model that sees “Wellness” disappear.

Update 4/14: Following a buggy rollout that was reverted, the “Games” tab is back and appearing for more Nest Hub users today. Like before, it appears between “Your [afternoon]” and “Home control,” though it’s after Wellness on the 2nd-gen Nest Hub.

Update: The “Wellness” tab is back following a server-side update, while the “Games” section has disappeared for users that initially received it.

Original 4/10: Tapping the Photo Frame takes users to “Your morning/afternoon/evening” where they see the weather, controls for smart devices in the same room, household contacts, and other suggestions. When the revamp first rolled out, “Home control” was next with shortcuts to see all Lights, Cameras, Speakers and TVs, Connectivity (if you have Google/Nest Wifi), Routines, and Rooms, as well as large command cards.

For some users, “Games” is now the next tab after the personalized Nest Hub homescreen. It starts with a 2×2 “Top games for you” card that’s followed by one for “Features games.” Three spaces are devoted to specific titles, while there’s a grid linking to categories like trivia, puzzle, multiplayer, and word.

This looks to be in line with how Google over the past year has been pushing Assistant games. Titles are built using the Interactive Canvas framework with a Continuous Match Mode feature where the microphone stays active so that you can speak without first needing to use the hotword. Besides increasing usage, games help make Smart Displays more of a platform for third-party developers.

The change is somewhat inconvenient for those that use their Smart Displays to primarily control connected devices. Fortunately, you can swipe down from the top of the screen to open Home control immediately. It’s still annoying that Google selected this new arrangement with no way for users to customize or hide tabs:

That is also the order on the Nest Hub (2nd gen), suggesting there is a bug. The “Wellness” tab, which was at the second position out of the box, has surprisingly disappeared with Nest Hub users no longer seeing suggestions and info cards related to their sleep. However, a “Your sleep” tile still appears on the homescreen and the voice command works to view results. Google will presumably deliver a quick fix so that owners can take full advantage of their new device.

This new tabs ordering for Assistant games is live on both Cast firmware 1.52 (stable) and the 1.54 beta, though it’s not yet widely rolled out for all Nest Hub users.