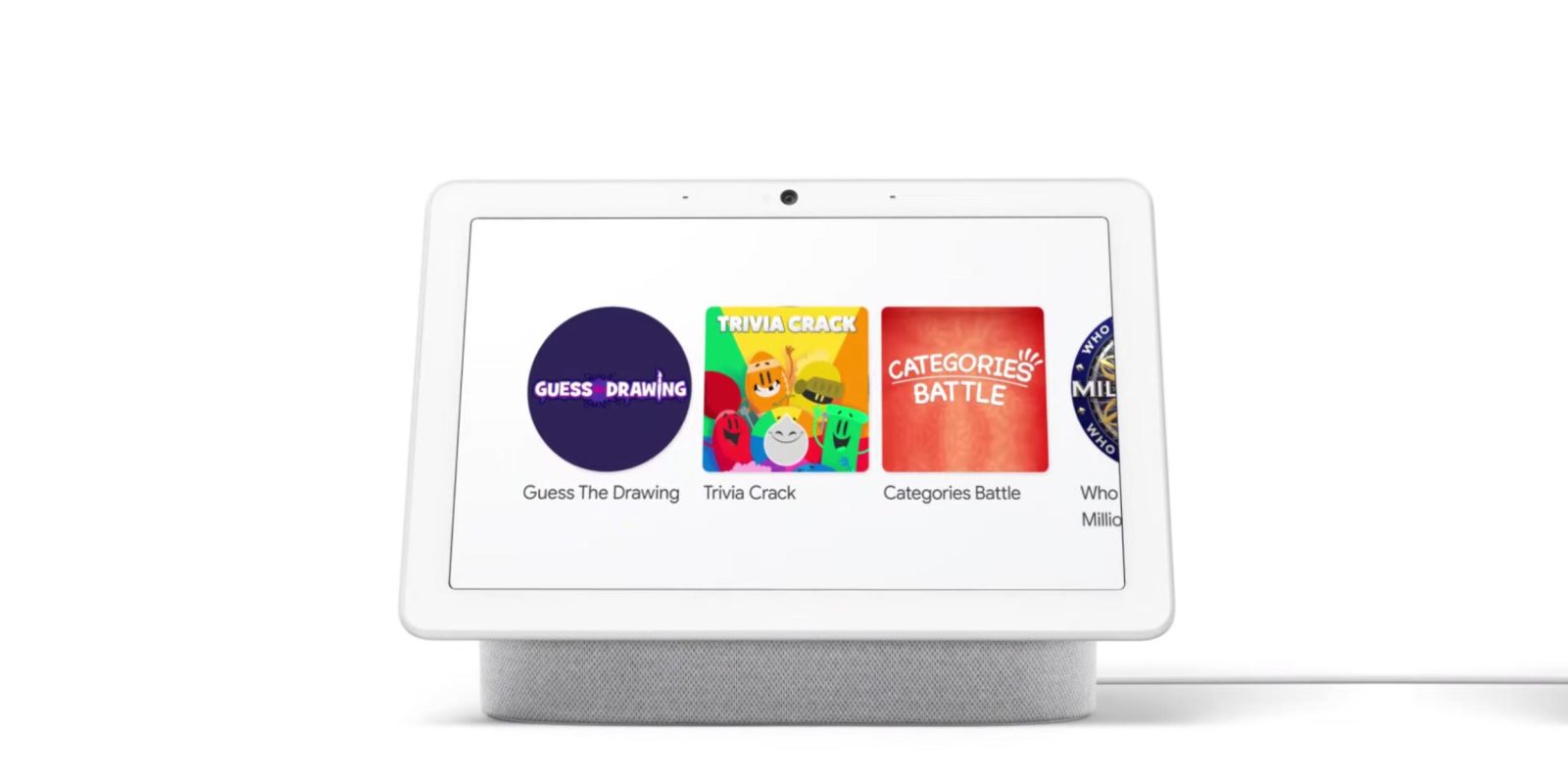 From smart home controls to setting reminders and asking questions, you’re mostly interacting with Google when using a Nest Hub. That said, third-party apps do exist, and Google is making a big push for Smart Display games this year.

At I/O 2019, Google introduced the Interactive Canvas framework to add full-screen visuals and animations to voice-only Conversational Actions on Smart Displays, as well as Android devices. Last month, the company introduced a Continuous Match Mode where the microphone is kept on when using an app so that you can speak at any time without first being prompted.

The improved voice and touch input allows for more interactive games on Nest Hubs and other Smart Displays. To browse available Actions, say, “Hey Google, let’s play a game.” This presents a carousel of 20 experiences that you can browse through. If you already have a title in mind, bypass the list and ask Google to play directly. Examples include:

Next to movies and videos, games could result in longer periods of Smart Display use. It adds more value to existing units, while some might be encouraged to upgrade to devices with larger screens that improve the gameplay experience.