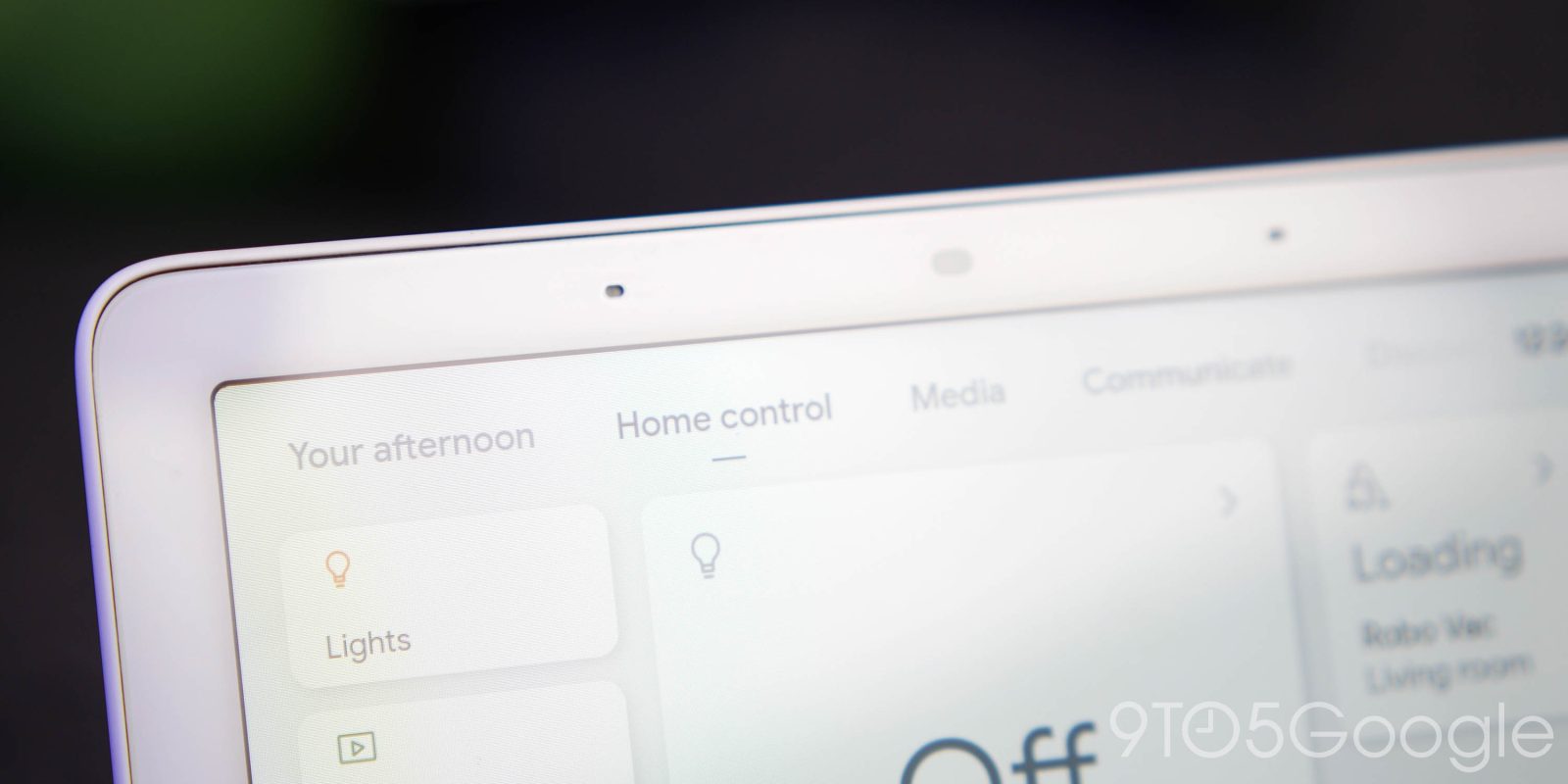 Back in October, Google rolled out a big revamp for Assistant Smart Displays that organized key functions in dedicated tabs and added a dark theme. While an improvement over the previous design in most ways, the old Nest Hub UI had one advantage in regards to quickly accessing Home control.

Besides being an Assistant speaker and photo frame, the other key aspect of the Hub is visually controlling your smart home devices. Before the redesign, this was done by swiping down to get a shade with buttons for Lights, Media, Broadcast, Thermostats, Cameras, and Locks that’s somewhat analogous to quick settings on Android.

That interface was removed when Smart Displays switched to the vertical tab layout, though users could still swipe up to get a strip of system controls for brightness, volume, DND, alarms, feedback, and settings. Instead, you had to first tap into “Your morning/afternoon/evening” and either swipe left twice or precisely hit the right section in the top bar.

Over the past few days, Google has quietly brought back the ability to swipe down from the top of the Nest Hub to open the “Home control” tab. This works when you’re on a clock/Photo frame or in other screens, like weather and music control.

Quick access to Home control looks to have quietly rolled out on both the Nest Hub and Hub Max as a server-side update, similar to the addition of three new background clock faces last week. It follows the bigger Cast 1.52 firmware release at the start of last month that introduced Sunrise alarms and several other features.