Comment: The Pixel 4a is the perfect palate-cleansing smartphone 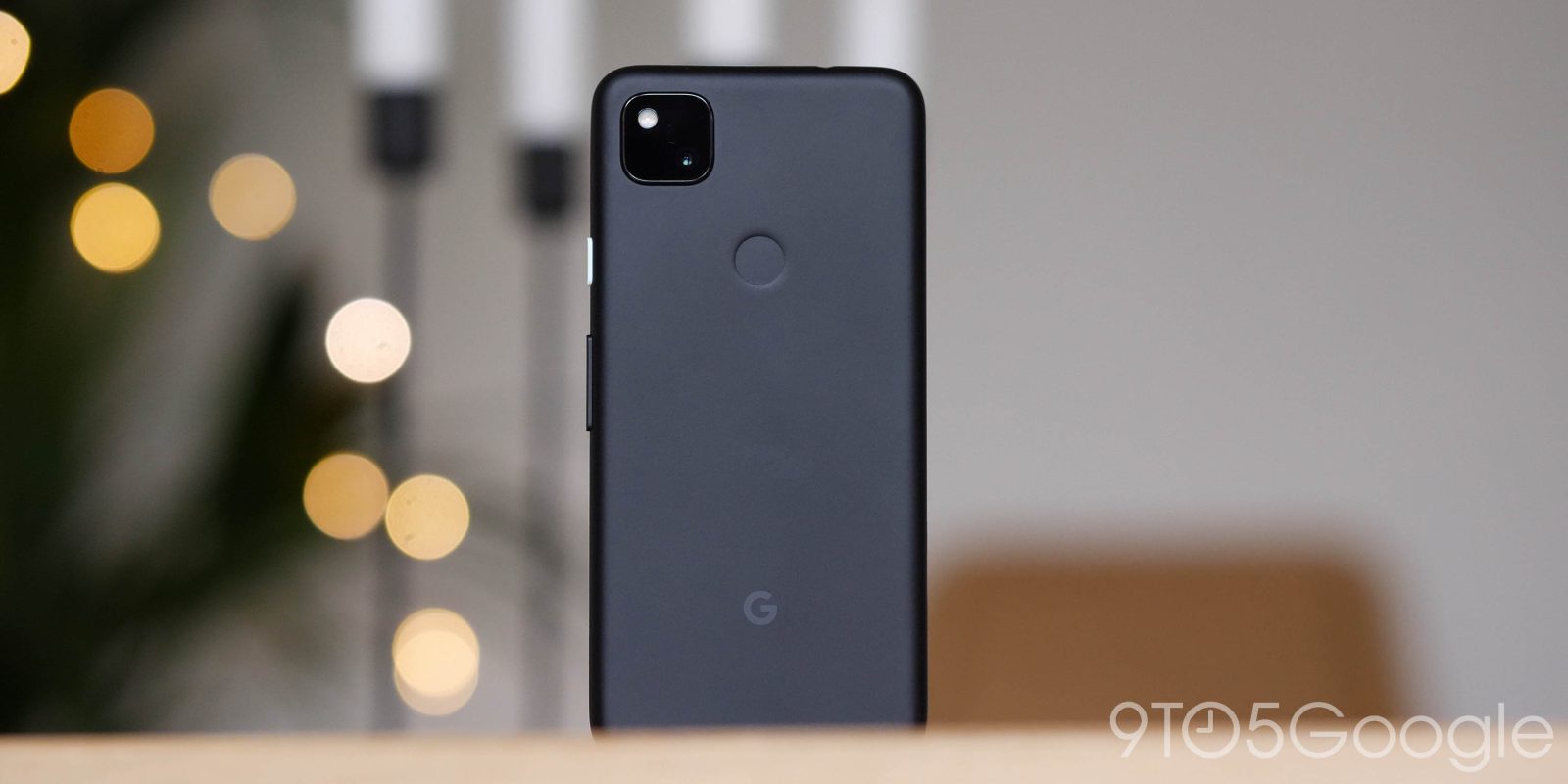 I’ve used quite a few of the very best Android-powered smartphones over the past 18 months, but even after a brief stint I always feel the pull of the Google Pixel 4a.

A bit of background first though, until August 2020 I used the OnePlus 8 Pro and prior to that the Pixel 4 XL — even though I had to charge twice per day. I liked the Pixel 3a and 3a XL, but I didn’t see myself using them daily even after trialling a few times over the course of 2019. I’m not really sure why, as they are still great devices.

It’s even weirder to me that for some reason when the Pixel 4a dropped in the latter portion of last year I just couldn’t wait. If you were unaware, it launched in the US and Japan first. It wasn’t until October 2020 that those of us in the rest of the world could get our hands on the device from our local retailers.

I decided that I’d import it from the US, as the exchange rate meant its $349 pricing and import fees/taxes would actually come in just under the £349 asking price here in the UK. Even though I’m effectively without any sort of warranty and I have a practically useless US charger brick, I’m so glad I didn’t wait around until I could pick it up from the Google Store here in the UK.

Why the Pixel 4a’s size matters

I think the thing that struck me right away was the size. This is easily the one area where I feel that the Pixel 4a trumps just about every other phone out there — at least for me. Sure, a massive display is nice for visibility but there’s a real dent put in your pocket — and palm — which affects the actual usability. I can completely understand though if a small phone with a smaller display is not something you’d even contemplate. For me though, it’s proving the be the perfect size. I can slap it in my pocket and there’s no discomfort even if I decide that it’s time to slap on some skinny jeans.

Coming from the pocket-tearing OnePlus 8 Pro, with its chunky camera bump at the rear, it’s refreshing. I’ve fallen in love with the size, but I like that it’s firm and “packed” in a way that you don’t really expect from a dinky device. The soft-touch plastic doesn’t devalue the hand feel too much either. I’m finding that I don’t worry quite as much about how it looks either, because I know it’s inexpensive but simultaneously made from more durable materials. I don’t like how greasy the back of the phone is, but I deal with it as I do like the smooth curves and overall aesthetic.

Sure, I miss some of the added features and some of the razzmatazz of one of 2021’s flagship smartphones, but it’s the no-fuss approach that has me coming back time and time again. I’m the kind of person that worries if I’ve made the right color choice, but Google made that for me by only offering the Pixel 4a (at launch anyway) in Just Black. Would I like the Barely Blue model? Well, yes. I’m very happy with my device being inconspicuous.

Enjoying Android how it is intended

I haven’t even spoken about Android 11 either, as it runs a dream on what amounts to lower mid-range internals. It’s kind of weird to me that people question the Qualcomm Snapdragon 765G in the Pixel 4a 5G and Pixel 5, but not an eyelid is batted at the Snapdragon 730G in the Pixel 4a. Or at least that’s how it seems online.

Sure, a mid-range processor in a “flagship” is not ideal but my interpretation is that Google wants to compete in the experience stakes rather than trying to keep up with the likes of Samsung and Xiaomi with high-end internals. I’m not trying to defend the decision, I’m just saying that I understand it a little more than I did prior to using the first affordable Pixel. The Snapdragon 730G is probably fine for most people out there — the kind of people that simply don’t care what number goes after “Snapdragon” when they buy a phone.

Personally, I don’t need masses of processing power in my pocket, as I text, call, take photos, and browse Twitter. Moving between devices that tout the latest and greatest, it’s often hard to fully distinguish the major performance differences, and we all get hung up on “speed” when sometimes you just need “enough” — something the Pixel 4a offers me in spades.

It would be lovely to see a 90 or 120Hz refresh rate on an upcoming a-series Pixel device but even at 60Hz, it’s slick and smooth. If you use your smartphone as your main entertainment hub, then the Pixel 4a might be okay. There are tons of other devices that I’d probably recommend ahead of it — especially if your gaming extends beyond simple 2D titles or cloud gaming.

Prompt software updates and upgrades are a core tenet of the entire Pixel series, and so the 4a is no different. It still boggles the mind that you can even go ahead and slap the Android 12 Developer Preview on the device right now, which is only available to six (yes, 6) other Android devices available right now. Not even a $1,000+ Galaxy S21 Ultra can get updated to the latest version of the OS quite as quickly. Oh, the lack of ads and annoying bloat is nice too especially as this is something I deal with tons when switching smartphones every few weeks.

I’ve stuck with Android 11 and it’s great. It just gets the job done with little quality of life extras that have been a godsend over the past 12 months due to the pandemic. Wearing a mask? Fingerprint scanner takes care of secure locks/unlocks. Cards & Passes lets me pay without worrying about taking cash or even my wallet, and it’s hard not to mention the headphone port. If I’m walking all day, I’ll plug in my headphones rather than rely on Bluetooth buds’ shorter lifespan. That has been a nice little extra addition that even I often overlook.

Moving back to a solo lens camera setup is something that you can easily get hung up on. The thing is, most modern smartphones come with three lenses now: a main wide, ultrawide, and telephoto. This appears to be the new “holy trinity.” The big problem here is that most devices competing directly with the Pixel 4a — in terms of price — slap in extra lenses including macro and depth sensors to try and appeal to people who think they’ll need or want them. Spoiler: you probably don’t.

I’m here to say that you should try and avoid falling into this trap. One excellent — borderline exceptional — focal length is more useful to you than three, four, or five mediocre sensors that tout huge megapixel counts and produce lackluster photos and videos. Why some OEMs even bother with dedicated depth sensors is beyond me. The Pixel 4a can fake portrait photos far better using software alone, which you can then tweak later on if the effect gets too much. For me the overall camera tuning is excellent and some of these recent results simply speak for themselves:

Put photos taken with this against even some flagships and the Pixel 4a holds up, which isn’t the case with many sub-$400 smartphones. I’m basically content with what I can do and it forces me to think more about the limitations to get the best photo I can. I can completely understand that you might think differently though, as I do hope future Pixels can start adding in more lenses. If another brand can match the Pixel when it comes to moving subjects, then please, I want to know. Try taking photos of a speedy pet and Google’s post-processing becomes a “must-have.”

To be honest, when using 2020s affordable Pixel I’ve missed exactly two things: wireless charging and an extra rear camera. The sheer lack of bells and whistles has made the Pixel 4a the perfect little palate cleanser before and after just about every single flagship of 2021 — and I think that’s why I’m always rushing right back with my SIM.

Look at what you use versus what you think you “need,” and I’m almost certain you might find that the Pixel 4a is the perfect everyday companion that you would ordinarily overlook. Only the recent Poco F3 has me turning my head, but I’m far too content with this small smartphone package to switch.