Pixel 4a: Google’s most delightful phone of 2020 now looks the part in ‘Barely Blue’ [Gallery] 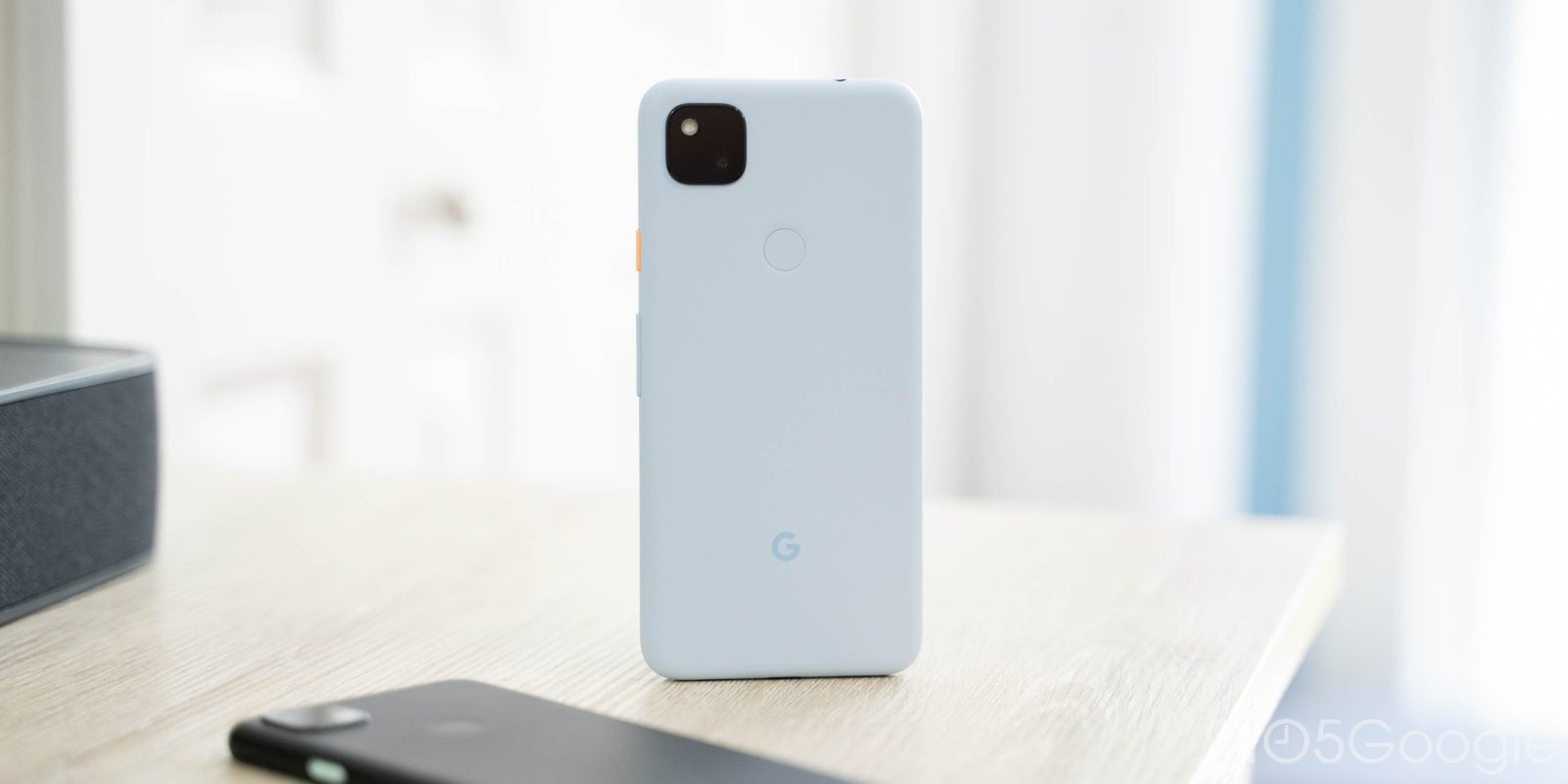 In this line of work, which is clearly not reflective of the general populace, the phone one uses is more or less pre-determined by what’s newest. My daily driver history since 2016 has been set by Google’s annual hardware cadence. This strategy, or the lack of one, has served me well in that I don’t have to actively choose a phone. That is, until the Pixel 4a and its new Barely Blue color.

In 2019, Google started releasing mid-range phones, but the excitement remained in the flagship model, and my plans didn’t change. The Pixel 3a came, and I briefly used it before returning to the Pixel 3 and then going on to the Pixel 4.

Google, for its part, kept up the cycle in 2020 and had two Pixel launch events. This was assumed going into the year, and I expected another brief segue with the 4a and then returning to the 4 ahead of “upgrading” to the Pixel 5.

That did not happen, as I found myself enjoying the Pixel 4a a great deal. In wanting the gadgets I use to feel futuristic and be on the cutting edge, this year’s a-series phone absolutely demolishes the forehead-laden Pixel 4. For me — and others that stuck with Pixels — the hole-punch, for better or worse, gives off the impression of modernity while making possible very minimal bezels.

While the 2019 flagship had a face unlock system that was much more advanced, the masked — literally — circumstances of this year meant that one had to enter a pin code most times. The fingerprint sensor found on the 4a coincidentally addressed an annoying, daily, and time-consuming pain point.

Then there’s the feel of that phone. To me, the Pixel 4 is an unexpected design departure that carries no lineage and does not line up with what came before. It’s a blocky phone with sides that don’t slope and is not as comfortable to hold as its predecessors. The distinctive glass shade is gone for an uninterrupted expanse of material that looks like every other phone on the market. Meanwhile, the Pixel 4a offers a friendly form to return to that just feels natural when holding for long periods of time.

The physical experience is already delightful and a tour de force even before you factor in the clean software experience and powerful AI-backed features like the new Google Assistant, Recorder app, and Call Screen.

Of course, the final blow is the $349 price. You feel an additional sense of delight when you realize how much value you’re getting for so little. Everything from the industrial design to the unlock method and affordable, economical price is just well suited for modern times.

I did not long for the Pixel 4 but did look forward to the Pixel 5, which rumors suggested would offer a more premium take on the 4a with better specs.

Yet, when the Pixel 5 arrived, I found myself to be underwhelmed. While it on paper addressed how the 4a is made of plastic, the bioresin took away the advantageous feeling of using a solid metal phone. With that physical and tactile obfuscation, I’m always left with a moment of cognitive dissonance when picking up the Pixel 5 as I wonder why this object is so heavy. In short, the heft feels unearned.

Meanwhile, this year’s flagship uniquely has a uniform black bezel all around the screen. I am not as amped as I thought I would be by this feat. Rather, the minimalism feels too sharp and close to the edge in a way that feels unfriendly. (The taller/thicker Pixel 4a bezel addresses this by giving off a more bulbous vibe.) I also have to admit that I do not see a boost in experience in going to a 90Hz display for common actions like scrolling. My pet theory is how there’s no real-world analog for moving up and down a page. In comparison, a digital stylus paired with 120Hz captures the immediacy of a real pen inking on paper.

As part of getting the screen uniform, Google opted for an under-display top speaker that’s used for audio playback in conjunction with the bottom-firing one. In practice, this nifty trick is horrible for and somewhat muffles music.

Elsewhere, I find the wide-angle camera to be an abdication of last year’s principled choice of opting for a telephoto lens. In this time of social distancing where we are physically far from our photographic subjects, having the best quality zoom is paramount.

That said, the Pixel 5 does one thing better: be colorful. Due to COVID-19, Google in August said it could only offer the Pixel 4a in Just Black. Of course, this was the safe choice given how people expect their phones to be in dark colors, while most just put a case on it.

Yet, the darker color harkened back to an era of uninspired and sterile technology. A black phone is literally a monolith that is cold and unappealing. Putting some color, even if just a splash on the lock button, makes a difference. Instead, you have a rectangular block that could be from any company and stands in opposition to Google’s usual soft fabrics and bright, joy-inducing palette.

Google, albeit temporarily, solved this with the introduction of a Barely Blue Pixel 4a. It’s only available in limited quantities, but a breath of fresh air compared to the only 4a that we’ve had since August.

The lock key is orange in a possible nod to the Oh So Orange Pixel 4, while the shade of blue is definitely more interesting than stark white. The bigger difference is the finish. It’s smooth and ever so slightly glossy to counter a matte black 4a that smudges and retains oils, as well as fingerprints. My colleague Ben Schoon will have more to say about that:

As Abner said, the Pixel 4a is delightful, and that word applies even more to the Barely Blue model. Where the plastic on the regular black model is as cheap as you’d probably expect, the finish on the Barely Blue model is soft, feeling almost like satin. My best comparison is to the Pixel 3. While that version of this finish is even better because it’s glass, this is the best-feeling cheap phone I’ve ever touched, and it’ll pain me to part ways.

Changing the color of a phone is minor in the grand scheme of things, but in this case, Barely Blue serves as another dose of pleasure to wrap up a truly excellent Pixel 4a.