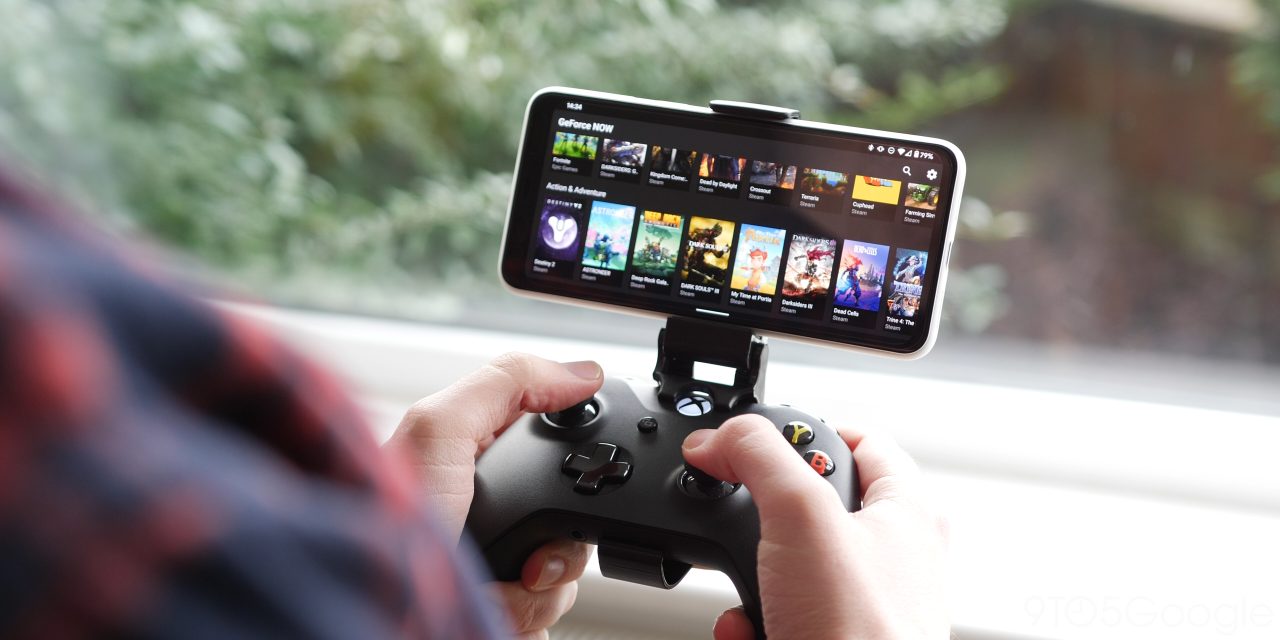 One of the biggest benefits of cloud gaming is versatility, both in where you can play and in the ways you can control your game. With NVIDIA GeForce Now you can just as easily play with a controller as you can with keyboard and mouse, and that includes some great PC games on just about any device including Android.

For those unfamiliar, GeForce Now lets you transform nearly any laptop, desktop, Mac, Chromebook, NVIDIA SHIELD TV, Android device, iPhone or iPad into a PC gaming to play the most demanding PC games from stores like Stream on any device. NVIDIA offers a list of recommended controllers, having partnered with multiple accessory makers — including Razer and SteelSeries — to ensure that those controllers are properly tested and optimized for GeForce Now play. This includes checks for low latency times, full compatibility, and requires no additional software.

So whatever your combination of controller may be — such as an Xbox controller on Android TV or a Razer Kishi attached to your phone — know that GeForce Now is ready to help you get into the action at a moment’s notice.

With that in mind, let’s take a look at five great games in NVIDIA GeForce Now’s ever-expanding library that are well-suited to playing on mobile.

While it is at least possible to play racing games with keyboard and mouse, your best experience will always be with a controller, thanks to the analog triggers and sticks giving more precise control over your vehicle. One of the hottest racing games available to play through GeForce Now is MotoGP 21.

As you might guess from the name, the game puts you in the heart of the 2021 Grand Prix racing series, the pinnacle of motorcycle racing, complete with MotoGP, Moto2, and Moto3 divisions. Take control of one of over 100 different MotoGP riders, including 40 legendary classic riders and their best-known bikes.

Use your favorite controller to lean into the action, master the intricacies of your bike’s design, and maybe challenge your friends to a race.

Over three years on, Bungie’s Destiny 2 is still going strong, offering players the wonders of “space magic” across an ever-evolving storyline. The upcoming Season of the Splicer introduces new game modes like Override and the return of Destiny 1’s first raid, The Vault of Glass.

Even if you normally play Destiny 2 on a console, the game offers full cross-save support allowing your Guardian to join the fight on any platform. The base game is even fully free-to-play on GeForce NOW through Steam, allowing you to access things like the player-versus-player Crucible, regardless of what platform you call home.

Destiny 2, like many modern games, also offers a variety of controller presets as well as fully remappable controls. This will let you set up your controller however is most comfortable or familiar for you.

If Destiny 2 isn’t quite your cup of tea, or if you’re simply looking for something fresher, look no further than Outriders, the hot new RPG-shooter from People Can Fly — best known for 2011’s Bulletstorm.

Choose between one of four playable classes as you — and up to two of your friends — fight your way through the war-ravaged planet of Enoch. As one of the “Altered” you wield incredible superhuman powers, giving you a better shot in your fight for survival and to maybe bring the war to an end.

To help save you from constantly diving into the too-many menus that are unfortunately standard fare for an RPG, Outriders offers an option to automatically equip better gear as you pick up loot. This will let you stay in the fray and worry later about crafting an optimal build.

Since the days of Mario and Sonic — and even earlier games like Pitfall on the Atari — platformers have almost always been best played with a controller. By far, the best 2D platformer available through GeForce Now is Cuphead: Don’t Deal with the Devil.

Cuphead is part 2D platformer, part run & gun, and all around vintage. Each character, level, and boss battle was painstakingly animated by hand using the techniques of classic cartoons. Make no mistake, though, beneath the cute exterior lies an incredibly challenging game with boss battles that will put you and your controller to the test.

Even if you’ve already played through this 2017 classic, know that the hotly anticipated expansion for Cuphead, The Delicious Last Course — or DLC for short — is set to launch later this year. What better time to rebuild your skills?

Besides being a downright gorgeous game, among the first generation of games to use ray tracing techniques to their fullest, Control is one of the best single-player games to release in recent years.

Inspired by the “SCP” genre of creepypasta stories, which turn seemingly mundane aspects of modern life into objects of horror, Control has you explore the paranormal-focused Federal Bureau of Control. As you gain new abilities and progress the story, you’ll gain access to new areas within the building, furthering the mystery.

Control even lends itself to being played by those who may not be as comfortable with video games, thanks to incredibly low-stakes difficulty and accessibility options. If you’re looking for a great game to hand the controller over to a friend or partner and say “here, you try,” Control is a fantastic option.

On top of these great games, GFN currently has about 800+ of the top PC games with over 80 free to play titles. You can check back every week for GFN Thursday — Nvidia’s weekly celebration of the newest games, features and news, streaming from the cloud to all of your devices.