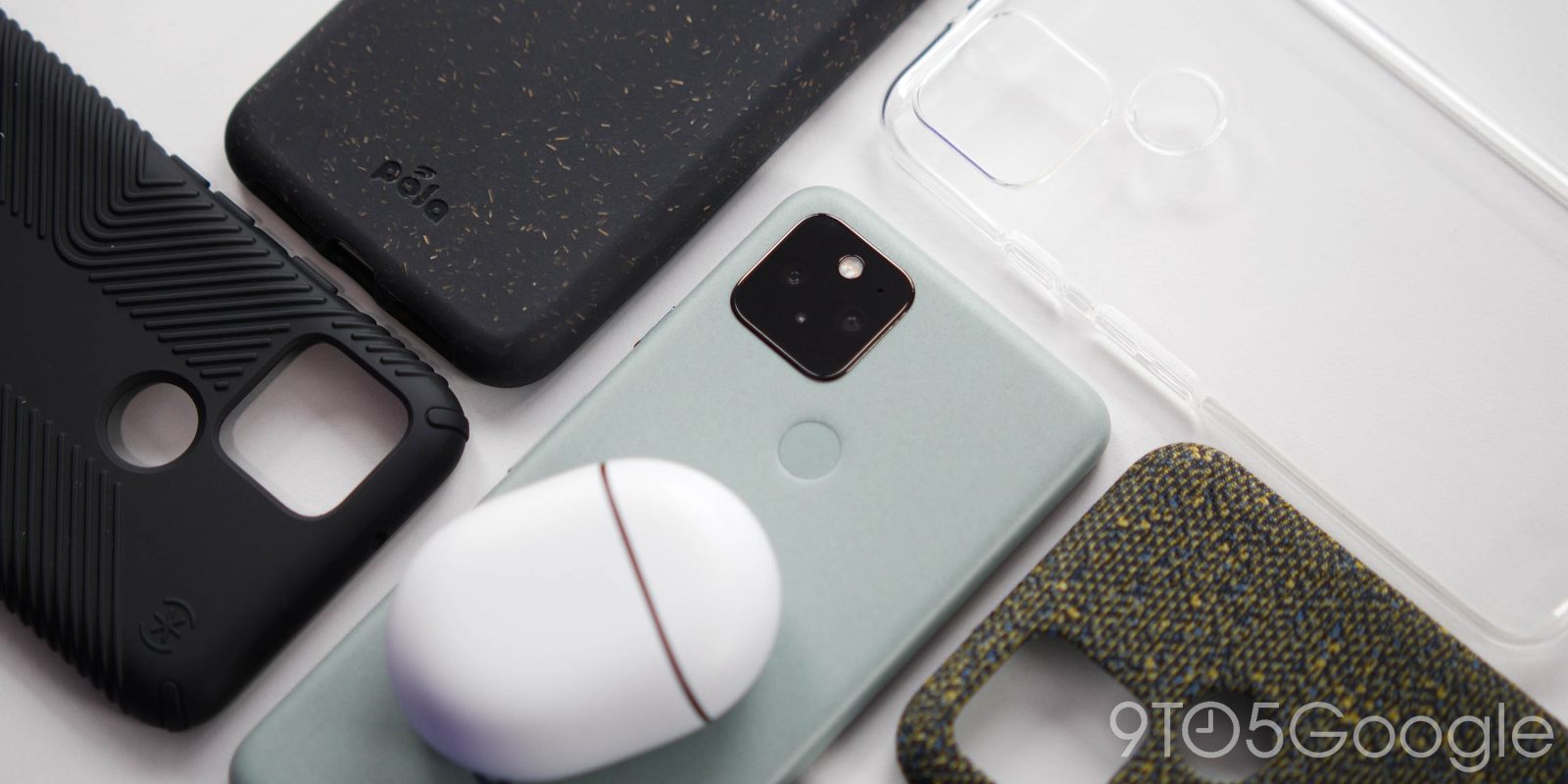 Of course, there’s more to smartphone cases than just protection, and because of that, not all cases are created equally — or with the same due care and attention. Yes, you can simply throw a cheap $2 case on the back of your brand-new Pixel, but you’ve saved a little money with the 2020 Made by Google lineup coming in at a lower entry price than previous years, so why just go for the cheapest option every time?

A great case is an extension of the device itself and, as we say, these are some of the best Pixel 5 cases you can pick up right now. It’s also worth noting that all of the cases featured have been tested to ensure that they will fit perfectly, even if you have a screen protector fitted. Every single one will also play nicely with your wireless chargers — so no worries about your battery draining while you think it’s actually charging.

Video — Some of the best Pixel 5 cases and covers

Best leather case for the Pixel 5

Having used a Bellroy case on the Pixel 4 for over a year, the way that the leather ages is one of the core reasons that this will be a perfect option for your Pixel 5. This weathering or “patina” means that no two cases will look the same after extensive usage, even if they look almost identical out of the box.

It’s this extra character that makes the Bellroy Leather Case such an awesome accessory for the Pixel 5. Plus you get added protection with precise cutouts for the power button, volume rockers, speakers, fingerprint scanner, and camera bump. The Racing Green color is simply sublime, and is easily my favorite color case for any device right now.

Let’s hope that Bellroy can eventually offer some Vegan leather options as, in my opinion at least, there is nobody that makes leather smartphone cases and accessories that feel as good. Part of the reason it’s such a good option is that Bellroy has a very modest smartphone case lineup, which actually only includes specific iPhone and Pixel models.

Best sustainable case for the Pixel 5

If you’re concerned about your carbon footprint and what an alternative cheap plastic case does to the environment once you’ve stopped using it, then we direct you to Pela. The Pela case for the Pixel 5 is 100% compostable because it’s made from a bioplastic and flax straw, meaning it has a net-zero impact on the environment.

The best way I can describe the feeling is like silicone but with a more “waxy” texture. It’s flexible, soft, and grippy — especially when wet. Unlike silicone, this case won’t sit in a landfill for hundreds of years either. My only complaint is that if it gets particularly hot, a Pela case can temporarily warp or get “loose” until it cools down.

Because you can see the flax straw within the case, it adds a really interesting pattern and texture that makes the Pela case for Pixel 5 really stand out from the crowd — even in the plain color options.

Best “grippy” case for the Pixel 5

Speck makes a ton of smartphone accessories for a ton of phones, but the Presidio ExoTech series are always among the best for people wanting a grippy case that doesn’t add tons of mass to their device. It’s the exact same for the Pixel 5 version of this case.

I personally like how Speck manages to keep the Presidio line slim but sleek. The soft-touch outer plastic looks great, but it’s firm enough to give you confidence that your Pixel 5 would survive a drop when encased within. It’s the ribbed side and rear portions that are the key to making the Presidio ExoTech the best grippy case for the Pixel 5.

These ridges make it so much easier to manipulate the Pixel 5 one-handed, or just clasp at the back of the device. It only comes in a black color option but for added grip, there are few better than this out there.

Best clear case for the Pixel 5

If you want to admire your Pixel 5 through a clear case, then the best transparent option is a must-have. Known for making super-thin cases, totallee also makes slightly thicker TPU option that still doesn’t add any real bulk of note. The glossy back doesn’t make this the most grippy of cases out there, but the sides are quite rubbery, which does help.

There’s added raised lip protection around the display and camera bump, with button covers that don’t hinder access to the power button or volume rocker. If you want no-frills protection without limiting the view of your shiny new Pixel, then totallee’s clear case is easily one of the best out there for the Pixel 5.

Inside the case is a dotted, grippy texture that should also prevent your Pixel 5 from shifting when inside. This should help minimize any risk of abrasions over time.

Best official case for the Pixel 5

Google’s own branded cases are the first official cases I’ve personally rocked on a Pixel to date. I always felt they were a little overpriced. I think I might have been wrong. Not only are they laser cut to the phone, but the hybrid soft-touch fabric also feels really nice in the hand.

They are made from 70% recycled materials that includes water bottles and more. It’s not quite enough to be considered the best “eco-friendly” case you can buy, but it’s still great for those worried about their environmental impact — granted, buying a new smartphone will technically mitigate any environmental benefit there.

Every Pixel 5 fabric case from Google has a raised lip around the edges of the display to help protect against drops, while keeping the screen safe from scuffs when put face-down on flat surfaces. There’s also a soft satin inner layer that protects the bio-resin finish on your Pixel from scrapes. The colorful side power-button cover adds some character, while the bottom cutout means the speakers and charge port are still easily accessible.

If you have the Sorta Sage Pixel 5, then the best color is undoubtedly the Google Store exclusive Green Chameleon option, but you can pick it up in blue, gray, and black. At $40, it’s not cheap but is definitely worth every penny.

Mous shouldn’t need to much of an introduction given the firms ads litter YouTube claiming insane levels of device protection. Much to their credit many of these claims can be backed up, as I have tested previously with 2019’s Pixel 4 series.

At around $50, no Mous case is cheap. I can say with certainty that each of the Limitless 3.0 cases are worth their salt. The only downside that I could find is that once fitted, it can be hard to remove from the Pixel 5, but the added protection and soft inner texture means the back panel is free from scratches and pocket detritus.

You can pick it up in three styles: Aramid Fibre, Walnut, and my personal favorite, Speckled Fabric. There’s even a magnetic element that sort of mimics the Apple MagSafe feature on the recent iPhone 12 series. You can buy attachments such as a snap-on wallet and more. I really like how precise the cut-outs for all the ports and fingerprint scanner include a soft chamfer too.